Aleksandr Aleksandrovich Karelin is a retired Greco-Roman wrestler for the Soviet Union and Russia. Nicknamed the "Russian Bear", "Russian King Kong", "Alexander the Great" and "The Experiment", he is considered the greatest Greco-Roman wrestler of all time. Karelin won gold medals at the 1988, 1992 and 1996 Olympic Games under a different flag each time, and a silver medal at the 2000 Olympic Games. His wrestling record is 887 wins and two losses, both by a single point. Prior to his farewell match versus Rulon Gardner in September 2000, a point had not been scored on him within the previous six years. Karelin was the national flag bearer at three consecutive Olympics: in 1988 for the Soviet Union, in 1992 for the Unified Team, and in 1996 for Russia.

Aleksandr Georgievich Gorshkov is a former ice dancer who competed internationally for the Soviet Union. With his wife Lyudmila Pakhomova, he is the 1976 Olympic champion. Since 2010, Gorshkov is the president of the Figure Skating Federation of Russia (FFKKR). 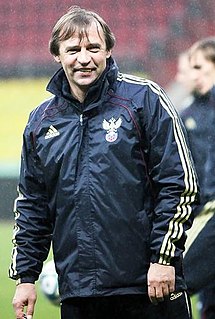 Aleksandr Genrikhovich Borodyuk is a Russian football manager and former international player for USSR and Russia.

Odnoklassniki is a social network service used mainly in Russia and former Soviet Republics. The site was developed by Albert Popkov and launched on March 4, 2006.

Torpedo Rīga was a football club that played in Riga. The club played in the Latvian league with good success from 1979 to 2000 when it merged with Policijas FK.

Alexander Nikolaevich Sidelnikov was a Soviet ice hockey player who played in the Soviet Hockey League. He played for Krylya Sovetov Moscow. He was inducted into the Russian and Soviet Hockey Hall of Fame in 1976. He won a gold medal at the 1976 Winter Olympics. 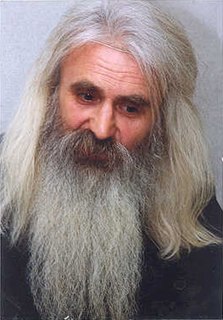 Aleksandr Beketov is a Russian fencer and Olympic champion in the épée competition.

Aleksandr Grigorevich Klepikov is a Russian rower who competed for the Soviet Union in the 1976 Summer Olympics.

Aleksandr Matveyevich Elizarov is a former Soviet biathlete. At the 1976 Winter Olympics in Innsbruck, he won a gold medal with the Soviet relay team, and an individual bronze medal.

Aleksandr Shirshov is a Russian fencer. He won a gold medal in the team sabre event at the 1992 Summer Olympics. He is now a fencing coach. 2013 World team champion Kamil Ibragimov is amongst his pupils.

Aleksandr Vladimirovich Krasnykh is a Russian swimmer. He competed in the men's 400 metre freestyle event at the 2016 Summer Olympics.

Aleksandr Sergeyevich Sadovnikov is a Russian competitive swimmer who specializes in butterfly. 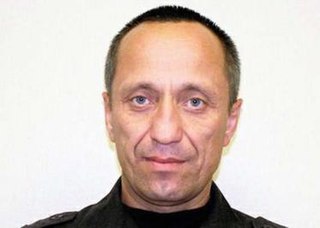 Mikhail Viktorovich Popkov is a Russian serial killer and rapist who sexually assaulted and murdered 78 women between 1992 and 2010 in Angarsk, Irkutsk, and Vladivostok in Siberia. He is known as "The Werewolf" and the "Angarsk maniac" for the brutal nature of his crimes.