Brome was by profession an attorney, and was the author of many drinking songs and of satirical verses in favour of the Royalists and in opposition to the Rump Parliament. In 1661, following the Restoration, he published Songs and other Poems, containing songs on various subjects, followed by a series of political songs; ballads, epistles, elegies and epitaphs; epigrams and translations. Izaak Walton wrote an introductory eclogue for this volume in praise of the writer, and his gaiety and wit won him the title of the English Anacreon in Edward Phillips's Theatrum Poetarum. [1]

A drinking song is a song sung while drinking alcohol. Most drinking songs are folk songs or commercium songs, and may be varied from person to person and region to region, in both the lyrics and in the music.

Brome published a translation of Horace by himself and others in 1666, and was the author of a comedy entitled The Cunning Lovers (1654). He also edited two volumes of Richard Brome's plays. [1]

Quintus Horatius Flaccus, known in the English-speaking world as Horace, was the leading Roman lyric poet during the time of Augustus. The rhetorician Quintilian regarded his Odes as just about the only Latin lyrics worth reading: "He can be lofty sometimes, yet he is also full of charm and grace, versatile in his figures, and felicitously daring in his choice of words." 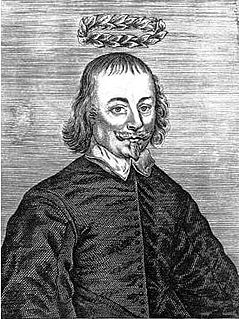 Richard Brome ; was an English dramatist of the Caroline era.

St Stephen Walbrook is a church in the City of London, part of the Church of England's Diocese of London. The present domed building was erected to the designs of Sir Christopher Wren following the destruction of its medieval predecessor in the Great Fire of London in 1666. It is located in Walbrook, next to the Mansion House, and near to Bank and Monument Underground stations. 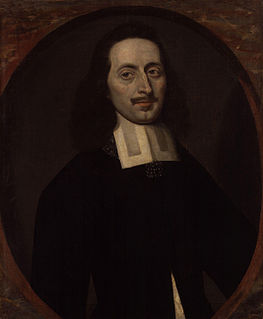 John Earle was an English bishop.

James Mill was a Scottish historian, economist, political theorist, and philosopher. He is counted among the founders of the Ricardian school of economics. His son, John Stuart Mill, was also a noted philosopher of liberalism, utilitarianism and the civilizing mission of the British Empire.

Alexander Dyce was a Scottish dramatic editor and literary historian. 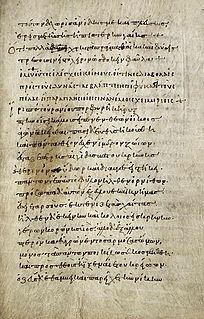 Babrius, also known as Babrias (Βαβρίας) or Gabrias (Γαβρίας), was the author of a collection of Greek fables, many of which are known today as Aesop's Fables. 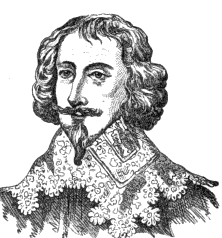 George Sandys was an English traveller, colonist, poet, and translator. 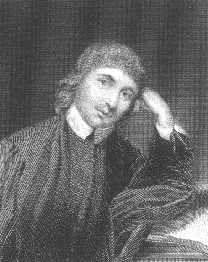 William Cartwright was an English poet, dramatist and churchman.

John Harris was an English writer, scientist, and Anglican priest. He is best known as the editor of the Lexicon Technicum: Or, A Universal English Dictionary of Arts and Sciences (1704), the earliest of English encyclopaedias; as the compiler of the Collection of Voyages and Travels, published under his name; and as the author of an unfinished county history of Kent. 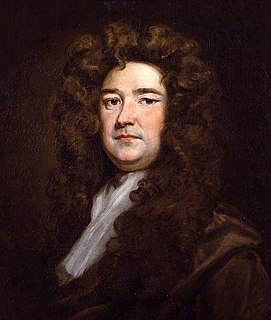 Sir Richard Blackmore, English poet and physician, is remembered primarily as the object of satire and as a dull poet, but he was also a respected medical doctor and theologian.

William Broome was an English poet and translator. He was born in Haslington, near Crewe, Cheshire and died in Bath. 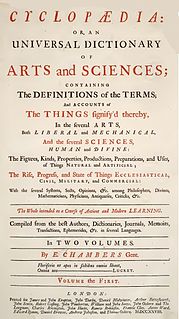 Sir John Urry was a Scottish professional soldier who at various times fought for the English Parliament, the English and Scottish Royalists and the Scottish Covenanters.

Thomas Edward Bowdich was an English traveller and author.

Richard Fiddes (1671–1725) was an English Anglican priest and historian.

Isidor Kalisch was an American reform rabbi and writer.

Simon Patrick was an English theologian and bishop.