He was educated at Eton College. A captain in the Coldstream Guards, he fought in the Second World War, and was wounded.

The Lord Lieutenant of Nairn, is the British monarch's personal representative in an area which has been defined since 1975 as consisting of the local government district of Nairn, in Scotland, and this definition was renewed by the Lord-Lieutenants (Scotland) Order 1996. Previously, the area of the lieutenancy was the county of Nairn, which was abolished as a local government area by the Local Government (Scotland) Act 1973. The district was created, under the 1973 act, with the boundaries of the county, as a district of the two-tier Highland region and abolished as a local government area under the Local Government (Scotland) Act 1994, which turned the Highland region into a unitary council area.

Earl of Leven is a title in the Peerage of Scotland. It was created in 1641 for Alexander Leslie. He was succeeded by his grandson Alexander, who was in turn followed by his daughters Margaret and Catherine. Thereafter, there was a dispute relating to succession to the title between David Melville and John Leslie, 1st Duke of Rothes. However, in 1681, Melville's claim was admitted after the Duke of Rothes died. In 1707, Melville succeeded to the title Earl of Melville, and thereafter the earldoms have been united.

Earl of Melville is a title in the Peerage of Scotland. It was created in 1690 for the Scottish soldier and statesman George Melville, 4th Lord Melville. He was made Lord Raith, Monymaill and Balwearie and Viscount of Kirkcaldy at the same time, also in the Peerage of Scotland. He married Catherine Leslie, daughter of Alexander Leslie, Lord Balgonie, and granddaughter of Alexander Leslie, 1st Earl of Leven. Lord Melville was succeeded upon his death in 1707 by his eldest surviving son, David, who already in 1681 had succeeded to the earldom of Leven through his mother. The two earldoms have since remained united. For further history of the titles, see Earl of Leven. The title Lord Melville, of Monymaill, was created in the Peerage of Scotland in 1616 for Robert Melville, an Extraordinary Lord of Session under the judicial title Lord Murdochairnie, with remainder to his elder brother, John Melville. He was succeeded by his son, Robert, the second Lord. He was a Lord of Session under the judicial title Lord Burntisland. In 1628 he obtained a regrant of the title with remainder to his heirs general bearing the name of Melville. Lord Melville died childless and was succeeded by his first cousin once removed, John Melville, the third Lord, grandson of the aforementioned John Melville, elder brother of the first Lord. The third Lord was succeeded by his son, the aforementioned fourth Lord, who was created Earl of Melville in 1690.

Melville is a noble Scots family name, originally from Fife in eastern Scotland.

William Gordon, 2nd Earl of Aberdeen, known between c. 1691 and 1720 as Lord Haddo, was a Scottish peer, Tory politician and Jacobite.

Ronald Ruthven Leslie-Melville, 11th Earl of Leven and 10th Earl of Melville, was a Scottish nobleman.

Samuel Smith was a British Tory Member of Parliament and banker.

Alexander Leslie-Melville, 7th Earl of Leven was a Scottish Whig politician and peer. 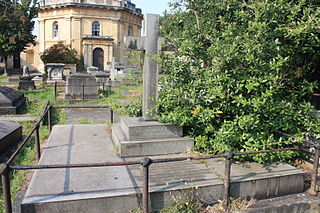 Sir Archibald Campbell of Succoth, Lord Succoth, 2nd Baronet was a Scottish advocate and judge. His country house was Garscube House, succeeding to the estate in 1823, upon his father's death. He rebuilt the house at Garscube in 1827, to a design by William Burn. He added Cumlodden, Blairwhoisk, Sommerson and Gartowhern to the family estate.