Alexander Stewart (c. 1375 –1435) was a Scottish nobleman, Earl of Mar from 1404. He acquired the earldom through marriage to the hereditary countess, and successfully ruled the northern part of Scotland.

He was an illegitimate son of Alexander Stewart, Earl of Buchan, known as the Wolf of Badenoch, and probably Mairead inghean Eachainn. [1] [2]

Alexander held the Earldom of Mar and the Lordship of the Garioch jure uxoris, in right of his first wife Isabel Douglas, Countess of Mar (died 1408). Alexander's marriage to Isabella followed his capture of Kildrummy Castle, and Isabella with it, in 1404 after having attacked her husband, Sir Malcolm Drummond, brother-in-law of King Robert III, holding Sir Malcolm captive where he died. Thus, Isabel was forced to marry the man who murdered her husband and live the last four years of her life as a captive. Alexander forced her to execute a charter (12 August) settling the reversion to the earldom on himself and his heirs. This act she is believed to have revoked in September, but on marrying him, on 9 December 1404, she granted him the earldom for life, the king confirming this on 21 June 1405. [3] These events shocked the kingdom and Alexander only escaped punishment because he was a close relation to the Royal Family. His possession of the Earldom was later regularized in 1424 by grant of his cousin, King James I.

He was a strong supporter of his uncle, Robert Stewart, Duke of Albany, who was then ruler of the kingdom as regent for his brother King Robert III of Scotland. Robert had been badly injured when he was kicked by his horse. Alexander led the so-called "Lowland" army, in fact that of the north-east and eastern Highlands, against Domhnall of Islay, Lord of the Isles, at the bloody and indecisive Battle of Harlaw in 1411, which Domhnall fought to gain his inheritance to the Earldom of Ross.

Unlike his father, who had been unable to keep the peace in the fractious north-east, Alexander, Walter Bower says, "ruled with acceptance nearly all of the north of the country beyond the Mounth". [4] He achieved this not by using different methods from his father but by his ability to keep his cateran forces in check and to use them to protect his extensive lands when needed; the result was that the lowland areas of Aberdeenshire and Moray were protected. [5]

Alexander sat on the jury of 21 knights and peers that convicted his first cousin, Murdoch Stewart, Duke of Albany, and two of his sons of treason in 1424, leading to their execution and the virtual annihilation of the Stewarts of Albany. [6]

Alexander's first marriage was to Isabel Douglas, Countess of Mar (died 1408). Mar had seized his title by forced marriage to the countess following his capture of Kildrummy Castle in Aberdeenshire in 1404. These events shocked the kingdom and Alexander only escaped punishment because he was a close relation to the Royal Family. His possession of the Earldom was later regularized in 1424 by grant of his cousin, King James I.

Alexander later married Marie van Hoorn, daughter of Willem, Lord of Duffel, in 1410. He died without a legitimate male heir and so the Earldom of Mar reverted to the crown.

He had two illegitimate children:

James I was King of Scots from 1406 until his assassination in 1437. The youngest of three sons, he was born in Dunfermline Abbey to King Robert III and his wife Annabella Drummond. His older brother David, Duke of Rothesay, died under suspicious circumstances while being detained by their uncle, Robert, Duke of Albany. His other brother, Robert, died young. Fears for James's safety grew through the winter of 1405/6 and plans were made to send him to France. In February 1406, James was forced to take refuge in the castle of the Bass Rock in the Firth of Forth after his escort was attacked by supporters of Archibald, 4th Earl of Douglas. He remained there until mid-March, when he boarded a vessel bound for France. On 22 March English pirates captured the ship and delivered the prince to Henry IV of England. The ailing Robert III died on 4 April and the 11-year-old James, now the uncrowned King of Scots, would not regain his freedom for another eighteen years. 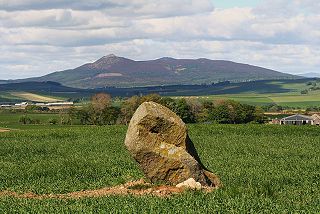 The title Earl of Moray, Mormaer of Moray or King of Moray was originally held by the rulers of the Province of Moray, which existed from the 10th century with varying degrees of independence from the Kingdom of Alba to the south. Until 1130 the status of Moray's rulers was ambiguous and they were described in some sources as "mormaers", in others as "Kings of Moray", and in others as "Kings of Alba". The position was suppressed by David I of Scotland some time after his defeat of Óengus of Moray at the Battle of Stracathro in 1130, but was recreated as a feudal earldom by Robert the Bruce and granted to Thomas Randolph, 1st Earl of Moray in 1312. 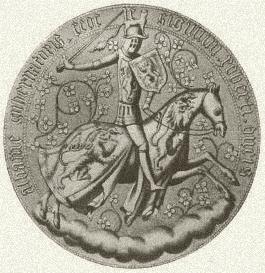 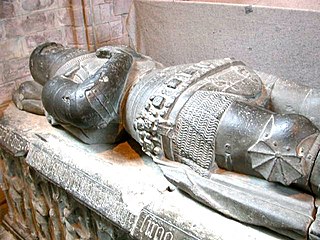 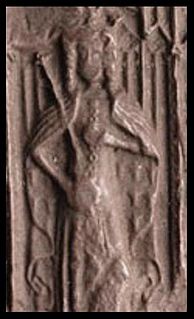 Thomas, Earl of Mar, was a 14th-century Earl of Mar, an earldom located in the County of Aberdeen, Scotland. He is sometimes styled Mormaer of Mar since mormaer was the Scottish Gaelic equivalent of the English word earl. Because the identification and numbering of the ancient earls of Mar is debatable, Thomas is variously numbered the ninth, tenth, or thirteenth. of the ancient earls. He was a son of Domhnall II of Mar, who fell at the Battle of Dupplin Moor in 1332.

John Stewart, Earl of Buchan was a Scottish nobleman and soldier who fought alongside Scotland's French allies during the Hundred Years War. In 1419 he was sent to France by his father the Duke of Albany, Regent of Scotland, with an army of 6,000 men. Stewart led the combined Franco-Scottish army at the Battle of Baugé on 21 March 1421, where he comprehensively defeated the English forces, proving that the English could at last be beaten. However, two years later, Stewart was defeated and captured by Thomas Montacute, 4th Earl of Salisbury at the Battle of Cravant in 1423. After the battle he was exchanged, and after his release in 1424 he was appointed Constable of France making him the effective Commander-in-Chief of the French army. On 17 August 1424 Buchan was killed at the disastrous Battle of Verneuil, along with most of the Scottish troops in France.

Alexander of Islay or Alexander MacDonald was a medieval Scottish nobleman, who succeeded his father Domhnall of Islay as Lord of the Isles (1423–1449) and rose to the rank of Earl of Ross (1437–49). His lively career, especially before he attained the earldom of Ross, led Hugh MacDonald, the 17th century author of History of the MacDonalds, to commemorate him as "a man born to much trouble all his lifetime". Alexander allied himself with King James I of Scotland against the power of the Albany Stewarts in 1425 but, once the Albany Stewarts were out of the way, Alexander quickly found himself at odds with the new king. War with King James would initially prove Alexander's undoing, and would see the King's power in Scotland greatly increased, but at the Battle of Inverlochy Alexander's army prevailed against the forces of the King. Alexander died in 1449, having greatly extended his family's landed wealth and power. He was buried, not in the Isles of his ancestors, but at Fortrose Cathedral in his mainland Earldom of Ross.