Alexander Tietze (6 February 1864 – 19 March 1927) was a German surgeon born in Liebenau. Tietze's syndrome is named after him.

In 1887 he received his doctorate at the University of Breslau, and from 1888 to 1895 was an assistant at the Breslau surgical clinic. During this time period he worked under Jan Mikulicz-Radecki (1850-1905). [1] In 1894 he gained his habilitation, subsequently becoming a primary physician at the Allerheiligen-Hospital (1896). In 1914-1920 he was a member of the Breslau City Council. [2]

Tietze's best known work was a highly regarded textbook on emergency surgery that was published in 1927 (year of his death). 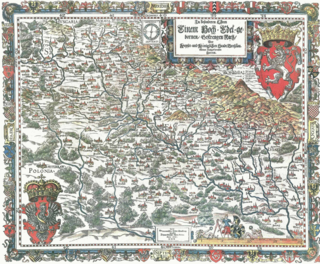 Martin Helwig was a German cartographer of and from Silesia and pedagogue. He was born in Neisse and died in Breslau, Holy Roman Empire.

Johann Christian Günther was a German poet from Striegau in Lower Silesia. After attending the gymnasium at Schweidnitz, he was sent in 1715 by his father, a country doctor, to study medicine at Wittenberg; but he was idle and dissipated, had no taste for the profession chosen for him, and came to a complete rupture with his family. In 1717 he went to Leipzig, where he was befriended by Johann Burkhard Mencke (1674–1732), who recognized his genius; and there he published a poem on the peace of Passarowitz which acquired him reputation. A recommendation from Mencke to Frederick Augustus II of Saxony, king of Poland, proved worse than useless, as Günther appeared at the audience drunk. From that time he led an unsettled and dissipated life, sinking ever deeper into the slough of misery, until he died at Jena on March 15, 1723, when only in his 28th year. Goethe pronounces Günther to have been a poet in the fullest sense of the term. His lyric poems as a whole give evidence of deep and lively sensibility, fine imagination, clever wit, and a true ear for melody and rhythm; but an air of cynicism is more or less present in most of them, and dull or vulgar witticisms are not infrequently found side by side with the purest inspirations of his genius. 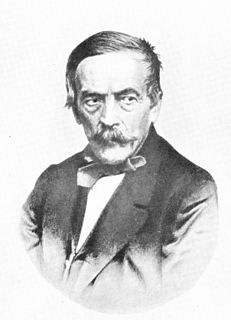 Paul Löbe was a German politician and member of the Social Democratic Party of Germany (SPD), who served as President of the Reichstag.

Michael Leopold Lukas Willmann was a German painter. The Baroque artist became known as the "Silesian Rembrandt", "Silesian Apelles" or "Silesian Raphael" and has been called the greatest Silesian painter of the baroque period.

Friedrich Julius Rosenbach, also known as Anton Julius Friedrich Rosenbach, was a German physician and microbiologist. He is credited for differentiating Staphylococcus aureus and Staphylococcus albus, which is now called Staphylococcus epidermidis, in 1884. He also described and named Streptococcus pyogenes. Rosenbach's disease is also named in his honor.

WUWA was a building exhibition held in Breslau, Weimar Republic in 1929. Organized by the Silesian committee of the Deutsche Werkbund, close to the Scheitniger Park. Several local architects, mainly members of Werkbund, participated in the exhibition. 32 different types of buildings were presented to serve as "standards". The main focus was on simple, but not trivial architectonical form and functionality. All 32 buildings were built within a three-month period. Recreational areas were a part of this project, together with a wooden kindergarten which was supposed to show new architectural trends.

Maria Janitscheknée Tölk was a German writer of Austrian origin. She wrote under the pseudonym of Marius Stein.

Wolfgang Steinitz was a German linguist and folklorist. Through his rediscovery of hidden social commentary in traditional folk songs, he was an important pioneer of the German folk-revival in both East and West Germany. He researched the language and culture of the Ugric peoples of West Siberia, including the songs that form an important part of the tradition of this endangered ethnic group. Steinitz also left extensive work in other areas of linguistic studies. 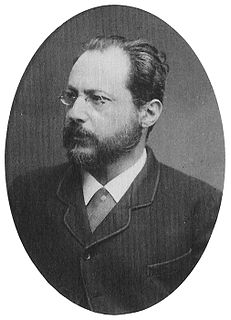 Walter Hermann von Heineke was a German surgeon. He was the son of physician Karl Friedrich Heineke (1798-1857).

Carl Eduard Philipp Wackernagel was a German schoolteacher and hymnologist. He was an older brother of philologist Wilhelm Wackernagel.

Carl Fried was a medical doctor, who along with Lothar Heidenhain had systemized radiotherapy of benign diseases in the 1920s. In 1940 Fried wrote his book "Radium and Roentgentherapia". He was born in Bamberg to a Jewish family on July 22, 1889 and had two siblings, his sister Elsa and brother Stephan. His father, Wilhelm Fried was a hops-trader. He was one of the few published exile-poets in Brazil. In 2016, a special bronze plate was laid in memory of Dr. Carl Fried.

Colmar Grünhagen was a German archivist and historian. Almost all of his considerable published output concerns the History of Silesia.

Ludwig Burgemeister was a German architect and monument preservationist.