Zemlinsky was born in Vienna to a highly diverse family. Zemlinsky's grandfather, Anton Semlinski, emigrated from Žilina, Hungary (now in Slovakia) to Austria and married an Austrian woman. [1] Both were from staunchly Roman Catholic families, and Alexander's father, Adolf, was raised as a Catholic. Alexander's mother was born in Sarajevo to a Sephardic Jewish father and a Bosniak mother. Alexander's entire family converted to the religion of his maternal grandfather, Judaism, and Zemlinsky was born and raised Jewish. His father added an aristocratic "von" to his name, though neither he nor his forebears were ennobled. He also began spelling his surname "Zemlinszky". [2] He was also a freemason. [3]

Alexander studied the piano from a young age. He played the organ in his synagogue on holidays, and was admitted to the Vienna Conservatory in 1884. He studied piano with Anton Door, winning the school's piano prize in 1890. He continued his studies until 1892, studying theory with Robert Fuchs and composition with Johann Nepomuk Fuchs and Anton Bruckner. [4] At this time he began writing music.

Zemlinsky also met Arnold Schoenberg when the latter joined the amateur orchestra Polyhymnia as a cellist; [6] Zemlinsky had founded this group in 1895. [7] The two became close friends and later mutual admirers and brothers-in-law when Schoenberg married Zemlinsky's sister, Mathilde. Zemlinsky gave Schoenberg lessons in counterpoint, thus becoming the only formal music teacher Schoenberg would have.

In 1897 Zemlinsky's Symphony No. 2 (chronologically the third he had written, and sometimes numbered as such) was a success when premiered in Vienna. His reputation as a composer was further helped when Gustav Mahler conducted the premiere of his opera Es war einmal (Once Upon a Time) at the Hofoper in 1900. In 1899 Zemlinsky secured the post of Kapellmeister at Vienna's Carltheater.

In 1899, Zemlinsky converted to Protestantism. [8] [9] He alluded to the Christian cross and to Jesus in the text of Turmwächterlied, [10] and included verses from Psalms in several of his compositions. [11]

In 1900, Zemlinsky met and fell in love with Alma Schindler, one of his composition students. [12] She reciprocated his feelings initially; however, Alma felt a great deal of pressure from close friends and family to end the relationship. They were primarily concerned with Zemlinsky's lack of an international reputation and by an unappealing physical appearance. She broke off the relationship with Zemlinsky and subsequently married composer Gustav Mahler in 1902. Zemlinsky married Ida Guttmann in 1907, but the marriage was an unhappy one. Following Ida's death in 1929, Zemlinsky married Luise Sachsel in 1930, a woman twenty-nine years his junior, and to whom he had given singing lessons since 1914. This was a much happier relationship, lasting until Zemlinsky's death. [13]

In 1906 Zemlinsky was appointed first Kapellmeister of the new Vienna Volksoper, from 1907/1908 at the Hofoper in Vienna. From 1911 to 1927, he was conductor at Deutsches Landestheater in Prague, premiering Schoenberg's Erwartung in 1924. Zemlinsky then moved to Berlin, where he taught and worked under Otto Klemperer as a conductor at the Kroll Opera.

With the rise of the Nazi Party, he fled to Vienna in 1933, where he held no official post, instead concentrating on composing and making the occasional appearance as guest conductor. In 1938, the Zemlinsky couple managed to escape via Prague to New York. Their property was confiscated to pay for the "Reich Flight Tax" imposed on Jews. [14] [15] Their collection, which included "a work by Schiele, various engravings, carpets" was, according to the German Lost Art Foundation, "released and presumably exported to the USA." [16]

Although fellow émigré Schoenberg was celebrated and feted in the Los Angeles of the 1930s and 40s – teaching at the University of California, Los Angeles and the University of Southern California and gaining a new generation of acolytes – Zemlinsky was neglected and virtually unknown in his adopted country. He fell ill, suffering a series of strokes, and ceased composing. Zemlinsky died in Larchmont, New York, of pneumonia in 1942.

Zemlinsky's best-known work is the Lyric Symphony (1923), a seven-movement piece for soprano, baritone and orchestra, set to poems by the Bengali poet Rabindranath Tagore (in German translation), which Zemlinsky compared in a letter to his publisher to Mahler's Das Lied von der Erde . The work in turn influenced Alban Berg's Lyric Suite , which quotes from it and is dedicated to Zemlinsky. Other orchestral works include the large-scale orchestral fantasy, Die Seejungfrau (The Mermaid), based on the tale of the same name by Hans Christian Andersen. It premiered in 1905 at the same concert as Schoenberg's Pelleas und Melisande . Zemlinsky withdrew the work, which was thought lost until two separated portions of the score were found to belong together in the 1980s. It was performed again in 1984 in Vienna and has become one of Zemlinsky's most frequently performed works. [17] A three-movement Sinfonietta written in 1934, admired by Schoenberg and Berg, is written in a style comparable to contemporary works by Paul Hindemith and Kurt Weill.

Among his other works are eight operas, including Eine florentinische Tragödie (1915–16) and the semi-autobiographical Der Zwerg (The Dwarf, 1919–21), both based on works by Oscar Wilde; chamber music, including four string quartets; and the ballet Der Triumph der Zeit (1901). He also composed three psalm settings for chorus and orchestra and numerous song cycles, both with piano and with orchestra, of which the Sechs Gesänge, Op. 13, to texts by Maurice Maeterlinck is the best-known.

While the influence of Brahms is evoked in Zemlinsky's early works (prompting encouragement from Brahms himself), an original voice is present from the first works on, handling dissonances in a much freer manner than Brahms. Later works adopt the kind of extended harmonies that Wagner had introduced and also reflect the influence of Mahler. In contrast to his friend Schoenberg, he never wrote atonal music, and never used the twelve-tone technique. However, some of his late works such as the Symphonische Gesänge, Sinfonietta and the third and fourth string quartets move away from post-Romanticism towards a leaner, harder-edged idiom that incorporates elements of Neue Sachlichkeit, Neoclassicism, and even jazz.

As a conductor, Zemlinsky was admired by, among others, Kurt Weill and Stravinsky, not only for his notable interpretations of Mozart, but also for his advocacy of Mahler, Schoenberg and much other contemporary music. As a teacher, his pupils included Erich Wolfgang Korngold, Hans Krása and Karl Weigl. 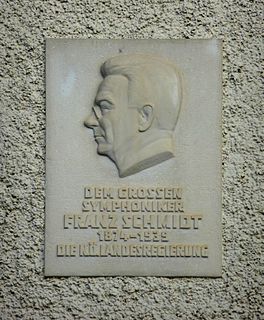 Gustav Mahler was an Austro-Bohemian Romantic composer, and one of the leading conductors of his generation. As a composer he acted as a bridge between the 19th-century Austro-German tradition and the modernism of the early 20th century. While in his lifetime his status as a conductor was established beyond question, his own music gained wide popularity only after periods of relative neglect, which included a ban on its performance in much of Europe during the Nazi era. After 1945 his compositions were rediscovered by a new generation of listeners; Mahler then became one of the most frequently performed and recorded of all composers, a position he has sustained into the 21st century. A 2016 BBC Music Magazine survey of 151 conductors ranked three of his symphonies in the top ten symphonies of all time.

Arnold Schoenberg or Schönberg was an Austrian-American composer, music theorist, teacher, writer, and painter. He is widely considered one of the most influential composers of the 20th century. He was associated with the expressionist movement in German poetry and art, and leader of the Second Viennese School. As a Jewish composer, Schoenberg was targeted by the Nazi Party, which labeled his works as degenerate music and forbade them from being published. He immigrated to the United States in 1933, becoming an American citizen in 1941.

Bruno Walter was a German-born conductor, pianist and composer. Born in Berlin, he escaped Nazi Germany in 1933, was naturalised as a French citizen in 1938, and settled in the United States in 1939. He worked closely with Gustav Mahler, whose music he helped to establish in the repertory, held major positions with the Leipzig Gewandhaus Orchestra, New York Philharmonic, Concertgebouw Orchestra, Salzburg Festival, Vienna State Opera, Bavarian State Opera, Staatsoper Unter den Linden and Deutsche Oper Berlin, among others, made recordings of historical and artistic significance, and is widely considered to be one of the great conductors of the 20th century. 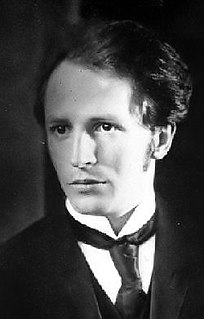 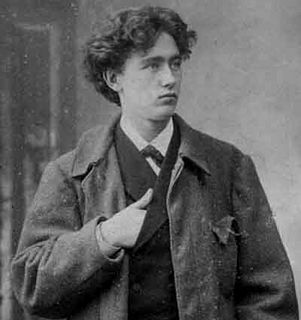 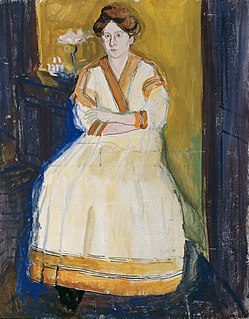 Verklärte Nacht, Op. 4, is a string sextet in one movement composed by Arnold Schoenberg in 1899. Composed in just three weeks, it is considered his earliest important work. It was inspired by Richard Dehmel's poem of the same name, combined with the influence of Schoenberg's strong feelings upon meeting the sister of his teacher, Alexander von Zemlinsky, Mathilde Zemlinsky (1877–1923), whom he married in 1901. The movement can be divided into five distinct sections which refer to the five stanzas of Dehmel's poem; however, there are no unified criteria regarding movement separation.

The Society for Private Musical Performances was an organization founded in Vienna in the Autumn of 1918 by Arnold Schoenberg with the intention of making carefully rehearsed and comprehensible performances of newly composed music available to genuinely interested members of the musical public.

Walter Rabl was a Viennese composer, conductor, and teacher of vocal music. Largely forgotten today, Rabl left only a small number of works, all of them early ones, from the twilight of the Romantic era. At the age of 30 he stopped composing entirely and devoted himself to conducting and vocal coaching the rest of his life. 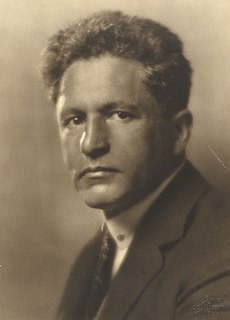 Karl Ignaz Weigl was a Jewish Austrian composer and pianist, who later became a naturalized American citizen in 1943. 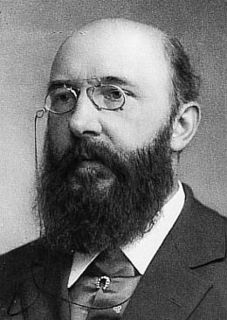 Johann Nepomuk Fuchs was an Austrian composer, opera conductor, teacher and editor. His editorial work included an important role in the preparation of the first complete edition of Schubert's works. He was an older brother of the composer Robert Fuchs. 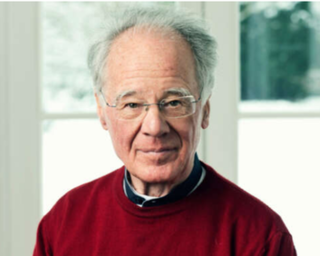 George Alexander Albrecht was a German conductor and composer, who also worked as a musicologist and academic teacher. A prolific composer at a young age, he was Generalmusikdirektor (GMD) of the Staatsoper Hannover from 1965 for 30 years, where he led not only the major operas by Mozart and stageworks by Wagner, but contemporary composers, such as Aribert Reimann's Troades in 1987. He was GMD of the Nationaltheater Weimar from 1996, and taught at the Hochschule für Musik Franz Liszt, Weimar. Albrecht promoted the works of neglected composers such as Wilhelm Furtwängler, Hans Pfitzner, and Erwin Schulhoff. 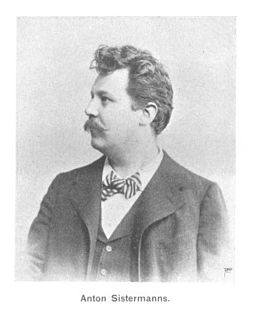 Anton Sistermans was a Dutch baritone during the late 19th-early 20th century. He is particularly notable for interpretations of lieder and oratorios. During his career, Sistermans premiered important compositions by Johannes Brahms and Gustav Mahler, and also had lieder dedicated to him by Hans Pfitzner, Eugen d'Albert and Alexander von Zemlinsky. In his later years, Sistermans served as a teacher at the Royal Conservatory of The Hague and conductor of a church choir in Rotterdam. 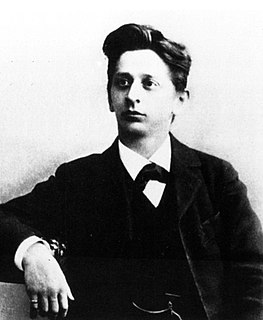 Die Seejungfrau is a fantasy for large orchestra in three movements by Austrian composer Alexander von Zemlinsky, based on the folk-tale "The Little Mermaid" by Hans Christian Andersen.

The Clarinet Trio in D minor for clarinet, cello and piano, Op. 3, was written by Alexander von Zemlinsky in 1896. The composer also arranged the work for a standard piano trio consisting of violin, cello and piano.