Last updated January 09, 2021
For the pacifist who immolated herself, see Alice Herz.

Alice Herz-Sommer, also known as Alice Herz (26 November 1903 – 23 February 2014), was a Prague-born Jewish pianist, music teacher, and supercentenarian who survived Theresienstadt concentration camp. She lived for 40 years in Israel, before migrating to London in 1986, where she resided until her death, and at the age of 110 was the world's oldest known Holocaust survivor until Yisrael Kristal was recognized as such. [1] [2]

Aliza Herz was born in Prague, in the Kingdom of Bohemia (a part of Austria-Hungary), to Friedrich and Sofie "Gigi" Herz. Herz's family was part of the small German-speaking minority of assimilated Jews in Prague, although Herz stated that she also spoke Czech. Her father was a merchant and her mother was highly educated and moved in circles of well-known writers. She had two sisters, including a twin sister, Mariana, and two brothers. Her parents ran a cultural salon where Herz, as a child, met writers including Franz Kafka and Franz Werfel, composers including Gustav Mahler, philosophers, and intellectuals such as Sigmund Freud. Herz once noted that "Kafka was a slightly strange man. He used to come to our house, sit and talk with my mother, mainly about his writing. He did not talk a lot, but rather loved quiet and nature. We frequently went on trips together. I remember that Kafka took us to a very nice place outside Prague. We sat on a bench and he told us stories." [3] [4] [5] Herz's sister Irma was married to Felix Weltsch, who was a prominent German-language Jewish philosopher, journalist, librarian, and Zionist who later worked as a librarian in Jerusalem after his emigration from Austria.

Herz's older sister Irma taught her how to play the piano, which she studied diligently, and the Austrian-Jewish pianist Artur Schnabel, a friend of the family, encouraged her to pursue a career as a classical musician, a choice she decided to make. [3] She went on to study under the Czech pianist Václav Štěpán (1889-1944) and at the Prague German Conservatory of Music, where she was the youngest pupil. [5] Herz married the businessman and amateur musician Leopold Sommer in 1931; the couple had a son, Stephan (later known as Raphael, [6] 1937–2001). [7] She began giving concerts and making a name for herself across Europe until the Nazis took over Prague, as they did not allow Jews to perform in public, join music competitions or teach non-Jewish pupils. [5]

After the invasion of Czechoslovakia, most of Herz-Sommer's family and friends emigrated to Palestine via Romania, including Max Brod and brother-in-law Felix Weltsch, but Herz-Sommer stayed in Prague to care for her ill mother, Sofie, aged 72; both women were arrested and Sofie Herz was murdered in a concentration camp. [5] In July 1943 Herz was sent to Theresienstadt, where she played in more than 100 concerts along with other musicians, for prisoners and guards. [3] She commented of her performances in the camp:

We had to play because the Red Cross came three times a year. The Germans wanted to show its representatives that the situation of the Jews in Theresienstadt was good. Whenever I knew that I had a concert, I was happy. Music is magic. We performed in the council hall before an audience of 150 old, hopeless, sick and hungry people. They lived for the music. It was like food to them. If they hadn't come [to hear us], they would have died long before. As we would have. [5]

Herz-Sommer was billeted with her son during their time at the camp; he was one of only a few children to survive Theresienstadt. Her husband died of typhus in Dachau, six weeks before the camp was liberated. [4] [7]

After the Soviet liberation of Theresienstadt in 1945, she and Raphael returned to Prague, and in March 1949 emigrated to Israel, to be reunited with some of her surviving family, including her twin sister, Mariana. [5] Herz lived in Israel for almost 40 years, working as a music teacher at the Jerusalem Academy of Music, until emigrating to London in 1986.

In London Herz-Sommer lived close to her family in a one-room flat in Belsize Park, visited almost daily by her closest friends, her grandson Ariel Sommer, and daughter-in-law Genevieve Sommer. She practised playing the piano three hours a day until the end of her life. She stated that optimism was the key to her life:

She also declared a firm belief in the power of music: "Music saved my life and music saves me still... I am Jewish, but Beethoven is my religion." [8]

Her son Raphael, an accomplished cellist and conductor, died in 2001, aged 64, of an aneurysm in Israel at the end of a concert tour. He was survived by his wife and two sons. [4] [7]

Alice Herz-Sommer died in hospital in London on 23 February 2014, aged 110, after being admitted two days previously. [9] [10] Her death was confirmed by her grandson, Ariel Sommer. [11] She is buried at the St Pancras and Islington Cemetery in East Finchley, north London. [12]

A Century of Wisdom: Lessons From the Life of Alice Herz-Sommer the World's Oldest Living Holocaust Survivor (2012), with an introduction by President Václav Havel, was written about her life and translated in 26 countries. [13] [14] [15] Herz-Sommer was the subject of A Garden of Eden in Hell, first published in German in 2005 (reprinted in English as Alice's Piano). [16]

The BBC TV documentary Alice Sommer Herz at 106: Everything Is a Present, written and produced by Christopher Nupen, was first broadcast on BBC Four. [17] She was featured on BBC Radio 4's Woman's Hour in 2004 [18] and in The Times , [19] and The Guardian . [20] She was one of two subjects featured in the film Refuge in Music. [21]

The song "Dancing Under the Gallows", by Chris While and Julie Matthews, from their 2014 album Who We Are, celebrates the life of Alice Herz-Sommer. [25] 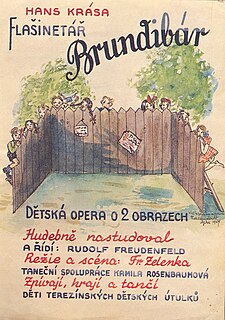 Brundibár is a children's opera by Jewish Czech composer Hans Krása with a libretto by Adolf Hoffmeister, made most famous by performances by the children of Theresienstadt concentration camp (Terezín) in occupied Czechoslovakia. The name comes from a Czech colloquialism for a bumblebee. 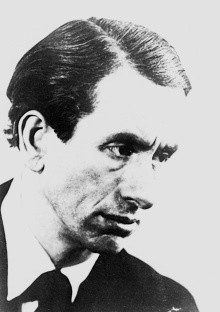 Hans Krása was a Czech composer, murdered during the Holocaust at Auschwitz. He helped to organize cultural life in Theresienstadt concentration camp.

Rafael Schächter, was a Czechoslovak composer, pianist and conductor of Jewish origin, organizer of cultural life in Terezín concentration camp. 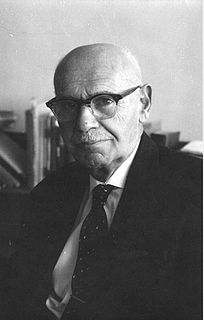 Felix Weltsch, was a German-speaking Jewish librarian, philosopher, author, editor, publisher and journalist. A close friend of Max Brod, Ludwig Winder and Franz Kafka, he was one of the most important Zionists in Bohemia. 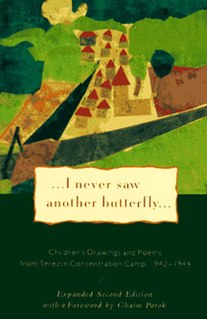 Ilse Weber née Herlinger, was born in Witkowitz near Mährisch-Ostrau. A Jewish poet, she wrote in German, most notably songs and theater pieces for Jewish children. She married Willi Weber in 1930. She was voluntarily transported to Auschwitz with the children of Theresienstadt and killed in the gas chambers, along with her son, Tommy. Her most popular book was "Mendel Rosenbusch: Tales for Jewish Children" (1929).

Heinz Jakob "Coco" Schumann was a German jazz musician and Holocaust survivor. He became a member of the Ghetto Swingers while transported to Theresienstadt at the age of nineteen. In the aftermath of the Holocaust, Schumann performed as a jazz guitarist, with Marlene Dietrich, Ella Fitzgerald, and Helmut Zacharias. 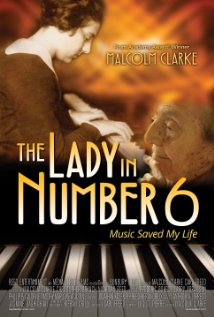 The Lady in Number 6: Music Saved My Life is an Academy Award-winning 2013 documentary-short film directed, written and produced by Malcolm Clarke.

Ruth Bondy was a Czech-Israeli journalist and translator. Bondy was a Holocaust survivor who wrote for the Israeli newspaper Davar and translated books written in Czech to Hebrew. She was awarded the Sokolov Award in 1987 and the Tchernichovsky Prize in 2014. 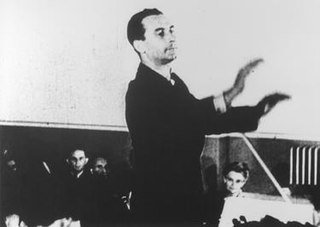 Theresienstadt was originally designated as a model community for middle-class Jews from Germany, Czechoslovakia, and Austria. Many educated Jews were inmates of Theresienstadt. In a propaganda effort designed to fool the western allies, the Nazis publicised the camp for its rich cultural life. In reality, according to a Holocaust survivor, "during the early period there were no [musical] instruments whatsoever, and the cultural life came to develop itself only ... when the whole management of Theresienstadt was steered into an organized course."

Anna Hájková is a Czech historian who is currently a faculty member at the University of Warwick. She specializes in the study of everyday life during the Holocaust and sexuality and the Holocaust. According to Hájková, "My approach to queer Holocaust history shows a more complex, more human, and more real society beyond monsters and saints."

Aviva Bar-On is a Czechoslovakian Holocaust survivor who has lived in Israel since 1949. She is known to have sung in 2018, during a concert celebrating Independence Day in Jerusalem, one of Ilse Weber's songs that was transmitted to her orally and her memory was the only record.