Alicja Dorabialska was born in Sosnowiec, Vistula Land, Russian Empire (now Poland) on 14 October 1897. She graduated from a high school in Warsaw in 1914 and then enrolled in the Physical-Mathematical Department of the Moscow Higher Women's Courses the following year, graduating in 1918. Dorabialska received her Ph.D. from the University of Warsaw in 1922 and studied under Marie Curie at the Radium Institute, Paris in 1925. Dorabialska was an assistant in the Institute of Physical Chemistry in Warsaw University of Technology from 1918 to 1932. Two years later she was appointed an assistant professor in the department of physical and inorganic chemistry of Lviv Polytechnic in 1934 and served as the department chair during World War II. In 1945 Dorabialska was promoted to full professor and served as dean of the chemistry department from 1945 to 1951. She was also chair of the department from 1945 to 1968. She died in 1975. [1]

Dorabialska wrote her dissertation on thermochemical investigations on stereoisomerism in ketones under the supervision of Wojciech Świętosławski. [2] 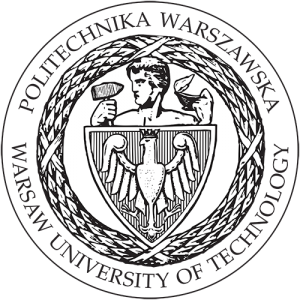 The Warsaw University of Technology is one of the leading institutes of technology in Poland and one of the largest in Central Europe. It employs 2,453 teaching faculty, with 357 professors. The student body numbers 36,156, mostly full-time. There are 19 faculties (divisions) covering almost all fields of science and technology. They are in Warsaw, except for one in Płock.

Florence Barbara Seibert was an American biochemist. She is best known for identifying the active agent in the antigen tuberculin as a protein, and subsequently for isolating a pure form of tuberculin, purified protein derivative (PPD), enabling the development and use of a reliable TB test. Seibert has been inducted into the Florida Women's Hall of Fame and the National Women's Hall of Fame.

Florence Gwendolen Rees, FRS was a Welsh zoologist and parasitologist. She was the first Welsh woman to become a fellow of the Royal Society. By the time she was 80 years old, she had published 68 papers.

Ethel Ronzoni Bishop was an American biochemist and physiologist.

Sarah Ratner was an American biochemist. Her contributions to the study of nitrogen metabolism led to a better understanding of human disorders in urea synthesis. In 1961, Ratner was awarded the Garvan–Olin Medal from the American Chemical Society and was elected to the National Academy of Sciences in 1974.

Leonora Bilger was an American chemist who studied nitrogenous compounds. She was a noted teacher and administrator at the University of Hawaii for the majority of her career.

Elizabeth Rebecca Laird was a Canadian physicist who chaired the physics department at Mount Holyoke College for nearly four decades. She was the first woman accepted by Sir J. J. Thomson to conduct research at Cambridge University's Cavendish Laboratory. Laird graduated from the London Collegiate Institute in 1893, and attended University College of the University of Toronto after, due to her gender, she was denied an exhibition scholarship where she could have studied abroad. She earned her Ph.D. in physics and mathematics from Bryn Mawr College in 1901.

Sophia Hennion Eckerson was an American botanist and microchemist. 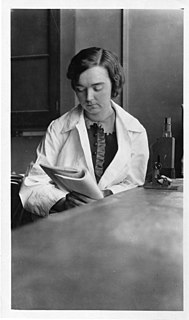 Gerda Laski was an Austrian/German physicist known for her research in infrared radiation. She went to a private girls secondary grammar school in Vienna and graduated in 1913.

Frances Gertrude Wick was an American physicist known for her studies on luminescence.

Grace Medes was an American biochemist, who discovered tyrosinosis—a metabolic disorder today known as tyrosinemia—and studied fatty acid metabolism. She was awarded the Garvan-Olin Medal in 1955 for her work.

Alice Emily Smith was a British chemist and one of the nineteen signatories of the 1904 petition to the Chemical Society.

Tatiana Krasnoselskaia was a Russian botanist specializing in plant physiology.

Valentina Gorinevskaya, was a Russian military surgeon and trauma specialist.

Mary Locke Petermann was an American cellular biochemist known for her key role in the discovery and characterization of animal ribosomes, the molecular complexes that carry out protein synthesis. She was the first woman to become a full professor at Cornell University's medical school. 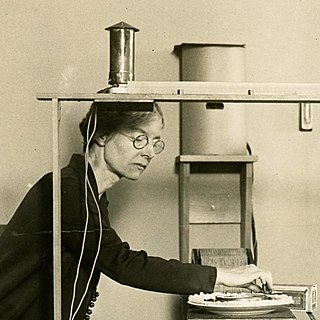 Louise Sherwood McDowell was an American physicist and educator. She spent most of her career as a professor of physics at Wellesley College and is best known for being one of the first female scientists to work at the United States Bureau of Standards, now the National Institute of Standards and Technology.