He was born in Glasgow, the son of Alice Lillian (née Buchanan), daughter of Sir George Buchanan, and the Very Rev. George Adam Smith. [1]

The family lived at 22 Sardinia Terrace (now demolished). [2] He was educated at Glasgow Academy and Glenalmond College. [3]

He was commissioned as a 2nd Lieutenant in World War I, 1916–18 with the Gordon Highlanders but was too young for active service.

After the war he studied sciences at the University of Aberdeen where he graduated MA BSc. In 1925 he began lecturing at the Institute of Animal Genetics in Edinburgh where he remained for most of his career. He was awarded a DSc from the University there in 1938, on inbreeding in Jersey cattle. [4] In 1928 he was elected a Fellow of the Royal Society of Edinburgh. His proposers were Robert Blyth Greig, John Bartholomew, D'Arcy Wentworth Thompson and Francis Albert Eley Crew. He served as the Royal Society's vice-president twice: 1966/67 and 1977/80. He was awarded the Society's bicentenary medal in 1983. [3]

He served in the Second World War, 1939–45 with both the 5th and 9th Battalion, Gordon Highlanders on active service in France, and later was Director of the Selection of Personnel, for the War Office. He was appointed an Officer of the Order of the British Empire (OBE) in 1939, [5] promoted to Commander (CBE) in 1945 [6] and he retired in 1956 with the rank of Brigadier. In the 1956 Birthday Honours he was awarded a knighthood, [7] having the honour conferred by HM The Queen on 10 July 1956. [8] He had held many positions in military education. He served from 1953 to 1959 as Chairman of the Central Organisation of Military Education Committees of the Universities and University Colleges, what is now the Council of Military Education Committees of the Universities of the United Kingdom (COMEC).

He was created a life peer as Baron Balerno, of Currie in the County of Midlothian on 9 July 1963, [9] having been Deputy Chairman of the Unionist Party in Scotland (1960–1963).

From 1966 to 1970 he was Chairman of Heriot-Watt College. In 1976 he was made an Honorary Member of the British Veterinary Association.

He is buried with his wife, Mary Kathleen Smith of Pittodrie, and eldest son, Rev George Adam Buchanan-Smith (1929–1983) in the north-east corner of Currie Cemetery, next to their second son, Alick Laidlaw Buchanan-Smith.

Donald MacKintosh VC was a Scottish recipient of the Victoria Cross, the highest and most prestigious award for gallantry in the face of the enemy that can be awarded to British and Commonwealth forces.

Currie is a village on the outskirts of Edinburgh, Scotland, situated 7 miles south west of the city centre. Formerly within the County of Midlothian, it now falls within the jurisdiction of the City of Edinburgh Council. It is situated between Juniper Green to the northeast and Balerno to the southwest. It gives its name to a civil parish.

Alick Laidlaw Buchanan-Smith was a Scottish Conservative and Unionist politician. 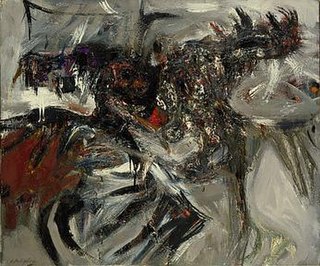 Sir Robert (Robin) James Philipson RSW was an English painter who was influential within the Scottish art scene for over three decades.

Lauchlan MacLean Watt FRSE was the minister of Glasgow Cathedral from 1923–34, and the Moderator of the General Assembly of the Church of Scotland in 1933. He was a published poet and author, and a literary critic.

Thomas Johnston Taylor, Baron Taylor of Gryfe FRSE DL LLD was a British politician and businessman. He was affectionately known as Tom Taylor.

Events from the year 1828 in Scotland.

Andrew Nevile Davidson, was a senior Church of Scotland minister. He served as Moderator of the General Assembly between May 1962 and May 1963.

Sir William Barr McKinnon Duncan (1922–1984) was a Scottish businessman who served as a director of ICI in both the UK and USA and as chairman and chief executive of the Rolls Royce Corporation.

William Roberts Flett FRSE FGS (1900–1979) was a Scottish geologist and author. He served in both world wars.

Dame Mary Drummond Corsar,, was a Scottish activist and philanthropist. She was chairperson of the Women’s Royal Voluntary Service from 1988 to 1993 and noted for modernising the organisation. She is also noted for the role she played in coordinating the emergency response to the Lockerbie bombing. Corsar was appointed DBE in 1993.