Almar [2] is a district in the southwestern part of Faryab Province, Afghanistan. Its northern border is the national border with Turkmenistan. The population was estimated at 150,000 in 2013. Ethnic diversity includes 35% Turkmen and 65% Uzbek. [2]

From 24 April and 7 May 2014, flash flooding from heavy rainfall resulted in the destruction of public facilities, roads, and agricultural land. Assessment findings reported 84 families were affected, 700 livestock were killed, 45 gardens were damaged, and 37 Jeribs of agricultural land were damaged/destroyed. [3] 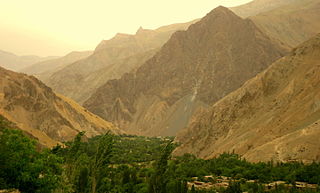 Grishk District, also called Nahri Saraj District, is a district in Helmand Province in southern Afghanistan. Its principal municipality is Grishk. Grishk Dam is located in the district.

Qaisar district is situated in the southwestern part of the Faryab Province of Afghanistan. In 20121, the population was 400,000 with an ethnic composition of 70% Uzbek, 16% Tajik, 10% Pashtun and 4% Turkman. The district center Qeysar, at the edge of the vast desert of Qaisar, has almost the same peculiarities of the Almar bazaar. This bazaar received its name at the end of the nineteenth century.

The Provincial Reconstruction Team in Meymaneh is an International Security Assistance Force (ISAF) command. It is classified by NATO, as a "Provincial Reconstruction Team". It consists of soldiers and civilians from Norway, Latvia, Macedonia, Iceland and the United States. It conducts joint operations with Afghan Security Forces in Faryab province. It is led by ISAF and began its work in 2004, when they took over from the British. The camp was moved out of the city due to several attacks and a lack of space, in 2006. It is co-located with the airstrip, north of Meymaneh. Several "FOBs" are located in Ghormach and Qeysar districts, which the PRT share with Afghan soldiers. 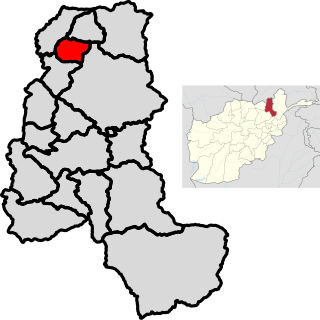