Known as Alphonse, he was the eldest son of James Mayer de Rothschild (1792–1868). His mother was Betty de Rothschild (1805–1886), the daughter of Salomon Mayer von Rothschild from the Austrian branch of the family. Alphonse was educated to take his place at the head of de Rothschild Frères bank, training in the other Rothschild banking houses in Europe. In France he soon became a major force in the financial world and in 1855 was appointed a regent of the Banque de France, a position he held for the remainder of his life.

As a vineyard operator

Alphonse and his brother Gustave developed somewhat of a rivalry with their English cousin Nathaniel de Rothschild who had moved to Paris after marrying their sister Charlotte. Nathaniel worked at de Rothschild Frères bank and in 1853 he purchased the Château Brane Mouton vineyard in Pauillac in the Médoc wine growing region. Nathaniel's Mouton vineyard received a second-growth ranking in the Bordeaux Wine Official Classification of 1855. Just three months before their father died in 1868, Alphonse and Gustave convinced him to buy the more prestigious First Growth Château Lafite vineyard in Pauillac when it came up for sale.

On the death of their father in 1868, Alphonse and Gustave inherited the Château Lafite-Rothschild vineyard. However, they lived in Paris and the vineyard was not significant relative to their massive investments in banking and other business ventures. As such, they only visited the Pauillac vineyard occasionally, maintaining little more than an arms-length interest. On their deaths, the Rothschild brothers willed the property to a son and it remains in family hands to this day.

As financier and investor

Alphonse de Rothschild inherited a large fortune on the death of his father in 1868, including share positions in de Rothschild Frères bank and the Northern Railway company. He began his training in finance at a young age and his father put him in charge of the bank's gold bullion operations.

During the 1860s, great debates raged across Europe and the United States as to an appropriate monetary system for the changing times. In France, the prominent Péreire brothers bankers were proponents of paper money in contrast to Alphonse de Rothschild who defended preservation of France's bimetallism system. Initially, Alphonse had an influential supporter for his position through his long friendship with statesman Léon Say, a former employee of the Rothschild's Northern Railway Company who became the Minister of Finance in 1872. However, as part of the Latin Monetary Union France joined most of the rest of Europe and adopted the gold standard by 1873. In 1880, Alphonse de Rothschild put together the deal that saw the family take control of Société Le Nickel (SLN), a nickel mining business in New Caledonia.

During the Franco-Prussian War, Alphonse de Rothschild had guarded the ramparts of Paris on the eve of the Prussian siege. When a peace treaty was finally agreed to in January 1871, his bank would play a major role, not only in raising the five billion francs France was obliged to pay in reparations to the new German Empire, but in helping bring about economic stability. France made a dramatic financial recovery and repaid the reparations bill ahead of schedule which, under terms of the armistice, brought about an end to the German occupation of northern French territory in 1873. In contrast though, that same year, both the Berlin and Vienna stock markets crashed, plunging all of Central Europe into an economic depression. However, in less than a decade Alphonse de Rothschild would witness considerable economic upheaval in France. The collapse of the investment bank Société de l'Union Générale precipitated the 1882 stock market crash that triggered a downturn in the economy. In 1889, the Comptoir d'Escompte de Paris bank went into receivership and shortly thereafter the Panama scandals erupted, culminating in an official enquiry into the matter conducted in 1893 by the French parliament.

His intense pressure pushed back the abrogation project of the décret Crémieux filed by the chief of the provisional government, Adolphe Thiers in 1871.

Alphonse de Rothschild was an enthusiastic supporter of thoroughbred horse racing who in 1852 at the age of twenty-four became a member of the Paris Jockey Club. He eventually purchased a rural property near Touques, Calvados in the Lower Normandy region where he built the Haras de Meautry horse breeding farm. There, he laid the foundation for a breeding operation that would prove highly successful for more than one hundred years and one that under the guidance of his descendants remains in operation today. Alphonse de Rothschild raced in an era before the creation of the Prix de l'Arc de Triomphe. Among the major races which his horses won were:

As an art collector

Over his lifetime Alphonse de Rothschild put together a massive collection of artworks. He was an avid collector of the Dutch Masters as well as an important assembler of Islamic works of art. In 1885 he was made a member of the Académie des Beaux-Arts and would donate and/or bequeath approximately 2,000 pieces to many different museums.

As part of his father's estate, Alphonse de Rothschild inherited a large residence in Paris at 2 rue Saint-Florentin on Place de la Concorde which today is part of the American Embassy complex. In addition, he also received the Château de Ferrières, an enormous mansion and woodlands in the country about 26 km east of Paris.

In August 1895, a crude letter bomb addressed to Alphonse de Rothschild was delivered to his Paris residence. Not at home, a member of the house staff had it forwarded to the de Rothschild Frères offices where it detonated, seriously injuring the chief clerk.

On his death in 1905, Alphonse's son Edouard took over as head of the family business.

The Rothschild family is a wealthy Jewish family originally from Frankfurt that rose to prominence with Mayer Amschel Rothschild (1744–1812), a court factor to the German Landgraves of Hesse-Kassel in the Free City of Frankfurt, Holy Roman Empire, who established his banking business in the 1760s. Unlike most previous court factors, Rothschild managed to bequeath his wealth and established an international banking family through his five sons, who established themselves in London, Paris, Frankfurt, Vienna, and Naples. The family was elevated to noble rank in the Holy Roman Empire and the United Kingdom. The family's documented history starts in 16th century Frankfurt; its name is derived from the family house built by Isaak Elchanan Bacharach (Rothschild) in Frankfurt in 1567. 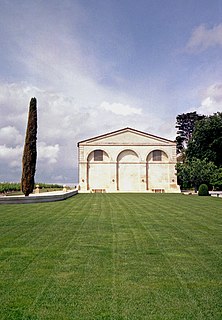 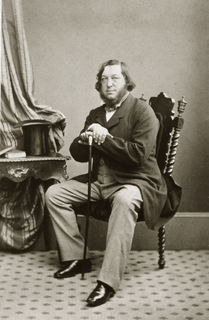 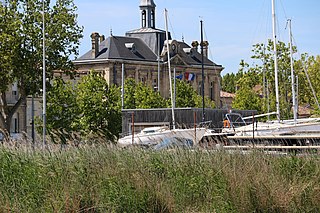 Pauillac is a municipality in the Gironde department in Nouvelle-Aquitaine in southwestern France. The city is mid-way between Bordeaux and the Pointe de Grave, along the Gironde, the largest estuary in western Europe. 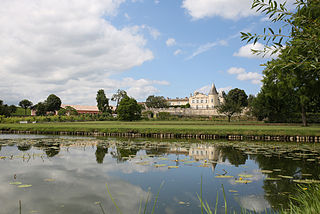 Château Lafite Rothschild is a wine estate in France, owned by members of the Rothschild family since the 19th century. The name Lafite comes from the surname of the La Fite family. 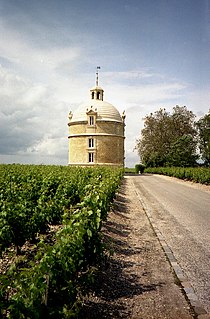 Château Latour is a French wine estate, rated as a First Growth under the 1855 Bordeaux Classification, owned by Groupe Artemis. Latour lies at the very southeastern tip of the commune of Pauillac in the Médoc region to the north-west of Bordeaux, at its border with Saint-Julien, and only a few hundred metres from the banks of the Gironde estuary. 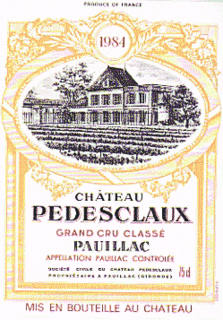 Château Pédesclaux is a winery in the Pauillac appellation of the Bordeaux region of France. The wine produced here was classified as one of eighteen Cinquièmes Crus in the Bordeaux Wine Official Classification of 1855. 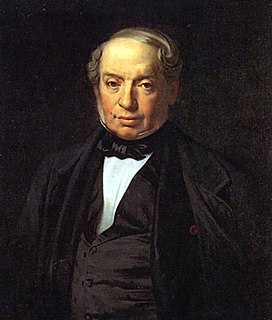 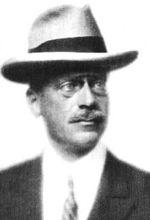 Château Clerc Milon is a winery in the Pauillac appellation of the Bordeaux region of France. The wine produced here was classified as one of eighteen Cinquièmes Crus in the Bordeaux Wine Official Classification of 1855.

Baron Élie Robert de Rothschild was the guardian of the French branch of the Rothschild family banking dynasty. He followed his father as a partner in the family bank, de Rothschild Frères, and ran the Château Lafite-Rothschild premier cru claret vineyard from 1946 to 1974.

Rothschild is a German surname. It may also refer to: