Altarage is a term once commonly used in an ecclesiastical context to signify the revenue reserved for the chaplain (altarist or altar-thane) in contradistinction to the income of the parish priest — it came to indicate the funds received by a priest from the laity when discharging a particular function for them, e.g., marriages, baptisms, and funerals. [1] The term is largely obsolete, having been replaced by the more specific honorarium, stipend, or stole-fee.

"The word 'alterage' can be given no very hard and fast meaning, although possibly local usages were quite fixed." [2] In 1371, testimony was taken indicating that at Sudbury, the chaplain who served the chapel at Salcote was maintained by the rector out of the alterage. [3] The rectors generally took the profits from the glebe and a tithe of corn and hay, leaving the small tithes to the officiating priest. [4] Small tithes were often paid in beans or hops. As the alterage was intended for the support of the priest conducting the service, often instead of or on behalf of a rector or prebendary, it sometimes became the practice to assign to the officiating priest a portion of land and the profits derived therefrom.

The lack of clarity in failing to distinguish between "alterage", "small tithes", and "altar dues"; and which rightfully belonged to the vicar, and which to the rector, and for what use, caused a number of legal cases to be brought before the Exchequer in the reign of Queen Elizabeth. [5] The courts came to rely on documents which defined the respective rights of the parties. [6]

Around 1517, Cardinal Otho found members of the clergy abusing the custom to the extent of requiring a donation before they would take a confession. He issued a decree that any priest found guilty of such conduct should be removed from and deprived of all benefices, barred from any further appointments, and their priestly faculties be forever suspended. [5]

In his 1537 Smalcald Articles , Martin Luther noted that "innumerable and unspeakable abuses have arisen in the whole world from the buying and selling of masses," [7] and on another occasion recorded as once saying, "The mass has devoured infinite sums of money." [8]

Italian priest Pino Puglisi refused money from Mafia members when offered it for the traditional feast day celebrations, and also resisted the Mafia in other ways, for which he was martyred in 1993. [9]

In 2014, Pope Francis criticized a tendency on the part of priests and laity to become overly business-oriented by charging a fee for the use of a church for weddings, and posting a price list for baptisms, blessings and Mass intentions. He reminded all pastors that "redemption is free; it is God’s free gift". [10]

He reiterated this during a general audience in March 2018. When speaking of the Eucharistic Prayer, he said "the Mass is not paid for, redemption is free, if I want to make an offering, well and good, but Mass is free." [11] In response to inquiries, the bishops of Peninsular Malaysia issued a statement clarifying that "The practice of Mass offerings, which is an ancient one that dates back to the early Church, does not constitute “paying” for the Mass. It is not a “fee” for the Mass, which is always free." According to canon law, "any priest celebrating or concelebrating is permitted to receive an offering to apply the Mass for a specific intention." [12]

Most churches in the Philippines charge a wedding fee with discounts for parishioners or weekday weddings. Air-conditioned churches charge extra to cover electricity and other operational costs. In 2019 a parish in the exclusive Forbes Park village in Manila withdrew a planned fee hike for weddings after widespread opposition on social media. The fee, about $6,000 per wedding, was being increase to $9,800. [13]

The Catholic Church, during its long history, has on occasion been subject to criticism regarding various beliefs and practices. Within the Church, this includes differences of opinion regarding the use of Latin at Mass, and the subject of clerical celibacy. In the past, different interpretations of scripture and critiques of clerical laxity and opulence contributed to separations such as the schism with the Eastern Orthodox Church and the Protestant Reformation. The Catholic Church has also been criticized for its active efforts to influence political decisions, such as the Church's promotion of the Crusades and its involvement with various 20th century nationalist regimes. More recent criticism focuses on alleged scandals within the Church, particularly alleged financial corruption and the Catholic Church's sexual abuse scandals.

One of the central events of the French Revolution was to abolish feudalism, and the old rules, taxes and privileges left over from the age of feudalism. The National Constituent Assembly, acting on the night of 4 August 1789, announced, "The National Assembly abolishes the feudal system entirely." It abolished both the seigneurial rights of the Second Estate and the tithes gathered by the First Estate. The old judicial system, founded on the 13 regional parlements, was suspended in November 1789, and finally abolished in 1790. 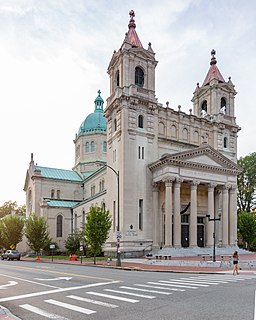 In ancient Rome, an apparitor was a civil servant whose salary was paid from the public treasury. The apparitores assisted the magistrates. There were four occupational grades (decuriae) among them. The highest-ranked were the scribae, the clerks or public notaries, followed by the lictores, lictors; viatores, messengers or summoners, that is, agents on official errands; and praecones, announcers or heralds.

The parson's freehold refers to a system within the Church of England in which the rector or vicar of a parish holds title to benefice property, such as the church, churchyard or parsonage, the ownership passing to his successor. This system is to be phased out, under the Ecclesiastical Offices Measure.

All branches of theology, whether theoretical or practical, purpose in one way or another to make priests, pastors, and others in a pastoral role "the ministers of Christ, and the dispensers of the mysteries of God". Pastoral theology presupposes other various branches, accepts the apologetic, dogmatic, exegetic, moral, juridical, ascetical, liturgical, and other conclusions reached by the ecclesiastical student, and scientifically applies these various conclusions to the priestly ministry. 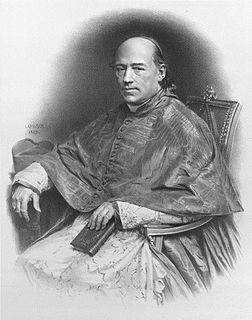 William George McCloskey was an American Catholic priest, who became the fourth Bishop of Louisville, Kentucky. 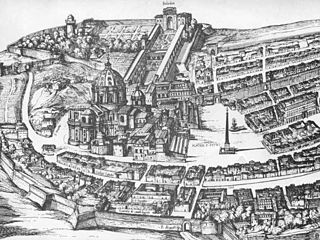 The Collegio Teutonico, historically often referred to by its Latin name Collegium Germanicum, is one of the Pontifical Colleges of Rome. It was established in 1399 and maintained at the Vatican for the education of future ecclesiastics of the Catholic Church of German nationality. The German College is now divided into two separate colleges.

James Chadwick was an Anglo-Irish Roman Catholic priest, and second Bishop of Hexham and Newcastle. He is famous for writing the lyrics of the song Angels We Have Heard on High.

A glebe terrier is a term specific to the Church of England. It is a document, usually a written survey or inventory, which gives details of glebe, lands and property in the parish owned by the Church of England and held by a clergyman as part of the endowment of his benefice, and which provided the means by which the incumbent could support himself and his church. Typically, glebe would comprise the vicarage or rectory, fields and the church building itself, its contents and its graveyard. If there was an absentee rector the glebe would usually be divided into rectorial glebe and the rest. "Terrier" is derived from the Latin terra, "earth". 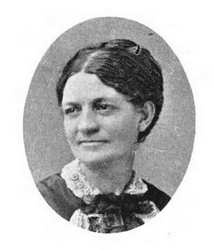