América Futebol Clube, or América FC (or América de Natal), as they are usually called, is a traditional Brazilian football team from Natal in Rio Grande do Norte, founded on July 14, 1915.

América won Campeonato do Nordeste (Brazilian Northeast Championship) in 1998, defeating Esporte Clube Vitória by a 3-1 score in the final match. It is the only Football Team in Rio Grande do Norte to obtain titles outside the state as in 1973, became the undefeated winner of Taça Almir de Albuquerque, which involved teams from North-Northeast of Brazil and is the only club from Rio Grande do Norte to participate in an international championship, the Copa Conmebol in 1998.

The team was founded on July 14, 1915. The first official match played in the state of Rio Grande do Norte was América 3-0 ABC, on June 22, 1919 valid for the first Campeonato Potiguar de Futebol, organized at that time by the Liga de Desportos Terrestres. The club's first title came in 1919. The club won the Liga de Desportos Terrestres, defeating Centro Esportivo Natalense and ABC, becoming the first Campeonato Potiguar champions.

On November 7, 1928, through Law 707 the club was the first to be recognized as a State Public Utility instrument.

América had been licensed team of the Federação Norteriograndense de Futebol (FNF) for 5 years, between 1960 and 1965, thus the team did not participate in official competitions. Instead, the team committed to the construction of its official ground at Rodrigues Alves Avenue, bourough of Tirol, Natal.

In 1996, the team from Rio Grande do Norte was runner-up of the Brazilian Championship Second Division and became eligible to participate in the First Division in the following year. In its return to the main division, América ended in 16th place, ahead of other powerful teams, such as Corinthians and Fluminense. In 1998, however, the club failed to remain in the First Division. In 1998, América achieved its greatest glory, becoming champions of Campeonato do Nordeste, defeating Vitória-BAin the final match on July 4, 3-1, with goals from Biro-Biro, Paulinho Kobayashi and Carioca. América's team at that time consisted of the following players: Gabriel; Gilson, Paulo Roberto (André), Lima and Rogerinho; Montanha, Carioca, Biro-Biro and Moura; Paulinho Kobayashi and Leonardo (Vanderlei).

In October, 2003 the city counsellor Hermano Morais published in the Diário Oficial do Município, the Law n° 5.493, recognizing América Futebol Clube, as an instrument of the City's Public Utility.

In 2005, the club was promoted to the Campeonato Brasileiro Second Division, after finishing in second in the third division. América had the best forward of the competition, Paulinho Marília, who scored 10 goals.

On November 25, 2006, América once again managed to qualify for the Brazilian Championship First Division, after a 2-2 tie with champions Atlético Mineiro, at Mineirão, with a record crowd of 74,694 (largest crowd of the year in Brazil), fighting back after conceding two early goals. At the end of the game, América crossed the stadium applauded by Atlético's fans. The club finished in fourth in the Campeonato Brasileiro Second Division.

In the following year, América was relegated after a disastrous performance in the Série A, obtaining only 17 points out of 114 possible points, and finishing the championship 24 points behind the second-to-last placed team, Paraná, in which, to date is the worst campaign of a team in the Série A since 2003, when the round-robin format was established. After two seasons struggling against relegation in the Série B, América eventually was relegated to the Série C in 2010, but gained promotion to the Série B again in 2011.

The team played in a 10,900 capacity stadium named Barrettão in the town of Ceará-Mirim while the Dunas stadium was built for the 2014 World Cup. The Machadao stadium was demolished in 2011.

América's home stadium was the Estádio Dr. João Cláudio Vasconcelos Machado (Machadão) stadium, which had a maximum capacity of 42,000 fans.

On June 10, 2006, América beat, by 3-1, its greatest rival, ABC Futebol Clube, in the first derby match played at ABC's own stadium. The derby is known as O Grande Clássico (The Great Derby).

In national championships, organized by CBF, América participated on:

América only did not participate in a Brazilian Championship in 1971 and 1992 and is second the best ranked team of Rio Grande do Norte, according to CBF's ranking, América is the 36th best club of Brazil, with 3944 points. The club was the first team in Brazil to obtain two consecutives promotions. In 2005, América was promoted to Série B (2nd division) and in 2006, América was promoted for Série A (1st division).

The first color used by América was blue, that was changed in 1920 to the current Red and white. The first mascot was the "Red Devil", inspired in America-RJ. In the mid of 90's, the mascot was changed to a dragon.

Ipatinga Futebol Clube, is a Brazilian football club based in Ipatinga, state of Minas Gerais, founded on May 21, 1998. During the 2013 season club played in Betim, shortly after returned to Ipatinga in 2015.

The Campeonato Potiguar is the football league of the state of Rio Grande do Norte, Brazil.

Treze Futebol Clube is a Brazilian football team from Campina Grande in Paraíba, founded on September 7, 1925. Historically, the club has competed in the Campeonato Brasileiro Série A several times. Recently, the club has competed only in lower divisions of the national league, the Copa do Brasil, the regional Copa do Nordeste and the Paraíba State Championship

Associação Cultural Esporte Clube Baraúnas, or Baraúnas as they are usually called, is a Brazilian football team from Mossoró in Rio Grande do Norte, founded on January 14, 1960.

ABC Futebol Clube, or ABC, as they are usually called, is a Brazilian football team from Natal in Rio Grande do Norte. Founded on June 29, 1915.

Estádio Dr. João Cláudio Vasconcelos Machado, usually known as Machadão, was a multi-purpose stadium in the Brazilian city of Natal, Rio Grande do Norte. It was mostly used for football matches.

Atlético Clube Coríntians, or Coríntians, as they are usually called, is a soccer club based in the city Caicó in the state of Rio Grande do Norte, Brazil. It is the most important club in the interior of the state.

Aloísio full name Aloísio da Silva Filho, is a Brazilian footballer who plays as a goalkeeper for Potiguar de Mossoró. 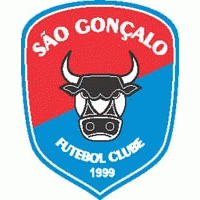 São Gonçalo Futebol Clube, commonly known as São Gonçalo, is a Brazilian football club based in São Gonçalo do Amarante, Rio Grande do Norte state. They competed in the Série C twice and in the Copa do Brasil once.

João Bosco Gualberto de Freitas, usually known as Biro-Biro, is a retired professional Brazilian footballer who played as a midfielder for América-RN when the club was competing in Campeonato Brasileiro Série A in 1997 and in 1998. 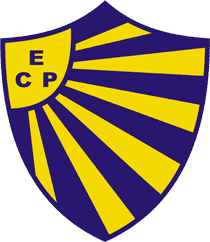 Esporte Clube Pelotas, more commonly referred to as Pelotas, is a professional football club based in Pelotas, Rio Grande do Sul, Brazil. Founded in 1908, it plays in the Série D, the fourth tier of Brazilian football, as well in the Campeonato Gaúcho, the state of Rio Grande do Sul's premier state league, holding home games at Estádio Boca do Lobo, with a 23,336-seat capacity.

Associação Cultural e Desportiva Potiguar, commonly known as Potiguar or as Potiguar de Mossoró, are a Brazilian football team from Mossoró. They won the Campeonato Potiguar once and competed in the Série A twice.

Alecrim Futebol Clube, also known as Alecrim, are a Brazilian football team from Natal, Rio Grande do Norte. They competed in the Série A in 1986.

Associação Sportiva Sociedade Unida, commonly known as ASSU, is a Brazilian football club from Assu, Rio Grande do Norte state. They won the Campeonato Potiguar once and competed in the Copa do Brasil once. Their colors are green and white.

The 2013 Campeonato Potiguar de Futebol was the 93rd edition of the Rio Grande do Norte's top professional football league. The competition began on January 13, and ended on May 19. Potiguar de Mossoró won the championship by the 2nd time, while Potyguar de Currais Novos was relegated.

Globo Futebol Clube, usually known as Globo, is a Brazilian football team from the city of Ceará-Mirim, Rio Grande do Norte state.