Amaza Lee Meredith (August 14, 1895 – 1984) was an American architect, educator and artist. Meredith was unable to enter the profession as an architect because of "both her race and her sex" as an African-American woman, and worked primarily as an art teacher at Virginia State University (then Virginia State College), where she founded the art department. [1] She is best known for her residence, Azurest South, where she and her partner, Edna Meade Colson, resided together. [1]

Meredith was born in Lynchburg, Virginia. [2] Her father, Samuel Peter Meredith, was white, and was also a master stair builder. [3] Her mother, Emma Kennedy was black, so her parents were prohibited by anti-miscegenation laws from marrying in Virginia. [2] Eventually, her parents traveled to Washington, D.C. to get married. [4] Not long after their marriage, her father began to lose business, "apparently as a result of the marriage" died by suicide in 1915. [2] [5]

Meredith started teaching in a one-room schoolhouse in Indian Rock after she completed high school. [3] Later, she went back to Lynchburg and taught elementary school, before returning to college. [3] In 1922, she attended Virginia State University (then Virginia State College for Negroes), and afterwards, taught at Dunbar High School for six years. [3] In 1926, she moved to Brooklyn, New York, where she attended the Teacher's College of Columbia University. [4] She studied fine arts, receiving a bachelor's degree in 1930 and then her master's degree in 1934. [4] she then returned to Virginia where she founded the Arts Department for Virginia State University in 1935. [3]

Despite having no formal training in architecture, Meredith designed many homes for family and friends in Virginia, New York and Texas. [4] Her first building was Azurest South, which was completed in 1939 and was designed "both inside and out" completely by Meredith. [6] She and her partner, Colson, moved in together and it would be their primary residence for the rest of their lives. [7] Azurest South is considered a rare example of Virginia's International Style and displays her interest in avant-garde design. [8] Meredith also used Azurest South as her own art studio. [7] Meredith was active in documenting her lifestyle and accomplishments at Azurest though photographs. [9]

In 1947, Meredith started developing a 120 lot subdivision in Sag Harbor called Azurest North. [3] Azurest North was created for her family and friends to use. [7] In order to develop Azurest North, she and her friends created a group, called Azurest Syndicate, which worked to create an African American leisure community. [9] Lots were sold to investors who built cottages in Sag Harbor. Terry Cottage and Edendot were both designed by Meredith. [5] Meredith was also an inventor. In 1955, she received a patent for an accessory to be attached to a golf bag. [10]

In 1958, she retired from teaching. [3] She continued to design buildings and paint throughout the 1960s. [3] In the 1970s, Meredith designed logos to be used for a proposed name change for the National Association for the Advancement of Colored People (NAACP). [3] Meredith died in 1984 and is buried alongside Edna Meade Colson at Eastview Cemetery, Petersburg, Virginia. 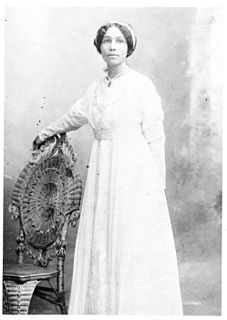 Anne Bethel Spencer was an American poet, teacher, civil rights activist, librarian, and gardener. While a librarian at the all-black Dunbar High School, a position she held for 20 years, she supplemented the original three books by bringing others from her own collection at home. Though she lived outside New York City, the recognized center of the Harlem Renaissance, also known as the New Negro Movement, she was an important member of this group of intellectuals. Following her marriage to Edward Spencer in 1901, the couple moved to Lynchburg, Virginia where they raised a family and lived for the remainder of their lives.

Julian Francis Abele was a prominent African-American architect, and chief designer in the offices of Horace Trumbauer. He contributed to the design of more than 400 buildings, including the Widener Memorial Library at Harvard University (1912–15), Philadelphia's Central Library (1917–27), and the Philadelphia Museum of Art (1914–28). He was the primary designer of the west campus of Duke University (1924–54). 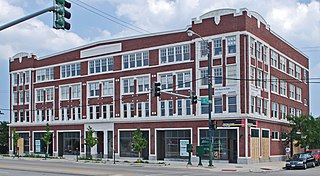 The Overton Hygienic Building is a Chicago Landmark and part of the Black Metropolis-Bronzeville District in the Douglas community area of Chicago, Illinois. It is located at 3619-3627 South State Street. 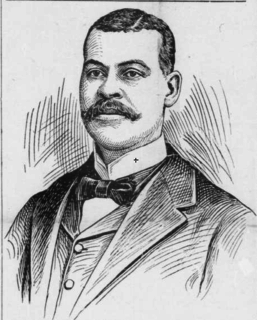 John A. Lankford was the first professionally licensed African American architect in Virginia in 1922 and in the District of Columbia in 1924. He has been regarded as the "dean of black architecture". 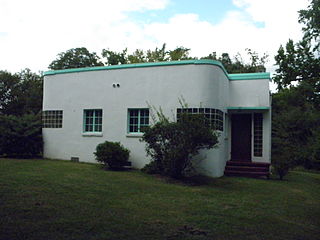 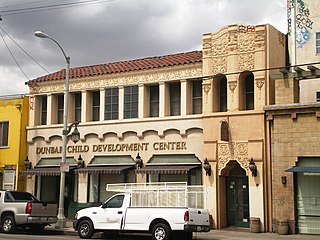 The Golden State Mutual Life Insurance Building was built in 1928 and for many years housed one of Los Angeles's most successful African American-owned businesses, the Golden State Mutual Life Insurance Company. It is located in the heart of the city's Central Avenue commercial district that was a center of the jazz world in the 1930s and 1940s. The two-story building was designed by architect James H. Garrott and constructed by Louis Blodgett in the Mission Revival style. The company occupied the second floor, while the first floor was rented out to local merchants. The noted Dunbar Hotel is located on the next block to the north. 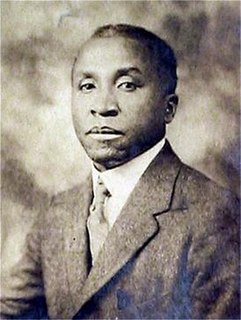 Elizabeth Carter Brooks (1867-1951) was an American educator, social activist and architect. She was passionate about helping other African Americans achieve personal success and was one of the first to recognize the importance of preserving historical buildings in the United States. Brooks was "one of the few Black women of the era who could be considered both architect and patron." 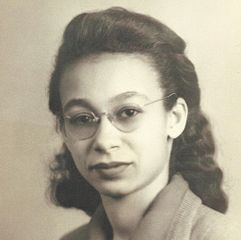 Georgia Louise Harris Brown is considered to be the second African American woman to become a licensed architect in the United States. She was also the first black woman to earn a degree in architecture from the University of Kansas. She was also the only black member of the Chicago chapter of Alpha Alpha Gamma. 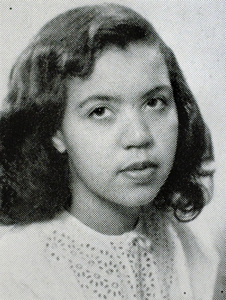 Alberta Jeannette Cassell was an American architect who worked for the Navy.

Alma Fairfax Carlisle is an American architect and architectural historian who worked in Los Angeles. Her work led to the preservation of many historic districts and sites in the city of Los Angeles. 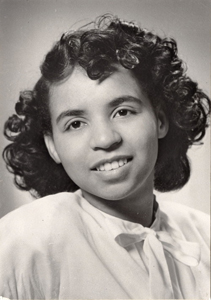 Martha Ann Cassell Thompson was a member of the prominent Cassell Family of African-American architects. She was the chief restoration architect for the National Cathedral.

Edna Meade Colson was known for her contributions to improving access to education to Virginian African Americans.

Isaiah T. Hatton (1883–1921) was an architect in the United States known for his designs of buildings for his fellow African Americans. Several are listed on the National Register of Historic Places.

Romulus C. Archer Jr. was an American architect. An African American, he is credited with designing Virginia University of Lynchburg in Lynchburg, Virginia and Saint Paul African Union Methodist Church in Washington D.C.. Both are listed on the National Register of Historic Places.

Mary Ramsay Brown Channel was an American architect. She was the first woman licensed to practice architecture in Virginia, although other female architects such as Ethel Furman had previously been active in the state.