The American Symphony Orchestra is a New York-based American orchestra founded in 1962 by Leopold Stokowski whose mission is to demystify orchestral music and make it accessible and affordable for all audiences. Leon Botstein is the orchestra's music director and principal conductor. They perform regularly at Carnegie Hall and Symphony Space in New York City.

Stokowski was 80 years old when he founded the orchestra. He served as music director together with assistant Amos Meller until May 1972 when, at the age of 90, he returned to England. Following Maestro Stokowski's departure, Kazuyoshi Akiyama was appointed music director from 1973 to 1978. Music directors during the early 1980s included as principal conductors, Moshe Atzmon and Giuseppe Patanè. In 1985, John Mauceri assumed the post as music director. In 1991, Catherine Comet left her post at the end of her tenure with the orchestra and was succeeded by Bard College president Leon Botstein.

Under music director Leon Botstein, the ASO has pioneered the concept of presenting concerts curated around various themes drawn from the visual arts, literature, politics, and history, and unearthing rarely performed masterworks for well-deserved revival. These concerts are performed in the Vanguard Series at Carnegie Hall. The ASO seeks to preserve the rare works it performs from disappearing from the repertoire. While some rare works are available with complete parts and a score in usable condition, others require extensive restoration and even creation to render them performable. ASO's efforts to create these parts mean that these works are now available for performance by other orchestras.

The orchestra also performs in the concert series Classics Declassified at Peter Norton Symphony Space, and is the resident orchestra of the Richard B. Fisher Center for the Performing Arts. In 2010, the American Symphony became the resident orchestra of The Collegiate Chorale, performing regularly in the Chorale's New York concert series. The orchestra has made several tours of Asia and Europe, and has performed in numerous benefits for organizations including the Jerusalem Foundation and PBS.

In addition to many albums released on the Telarc, New World, Bridge, Koch, and Vanguard labels, many live performances by the American Symphony are now available for digital download. In many cases, these are the only existing recordings of some of the rare works that have been rediscovered in ASO performances. 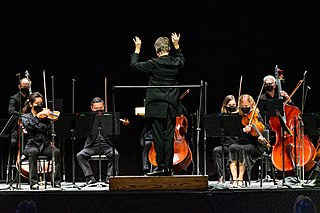 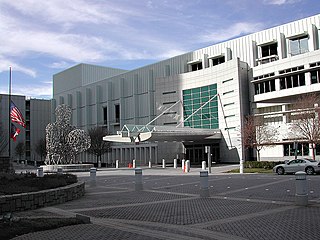 The NBC Symphony Orchestra was a radio orchestra conceived by David Sarnoff, the president of the Radio Corporation of America, especially for the conductor Arturo Toscanini. The NBC Symphony performed weekly radio concert broadcasts with Toscanini and other conductors and served as house orchestra for the NBC network. 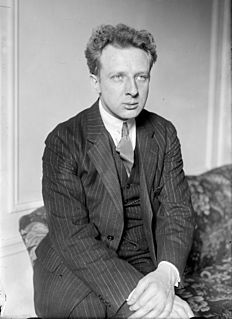 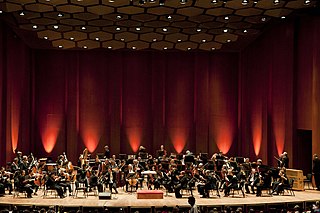 The Houston Symphony is an American orchestra based in Houston, Texas. The orchestra is resident at the Jesse H. Jones Hall for the Performing Arts. 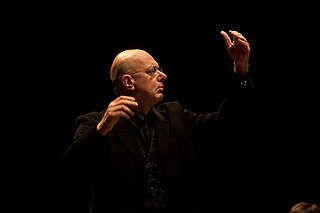 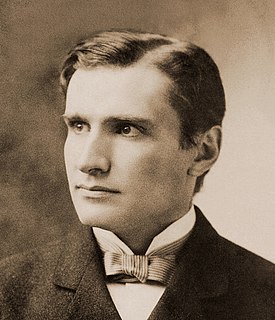 Walter Johannes Damrosch was a German-born American conductor and composer. He is best remembered today as long-time director of the New York Symphony Orchestra and for conducting the world premiere performances of George Gershwin's Piano Concerto in F (1925) and An American in Paris (1928). Damrosch was also instrumental in the founding of Carnegie Hall. He also conducted the first performance of Rachmaninoff's third piano concerto with Rachmaninoff himself as a soloist. 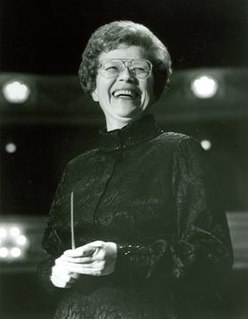 Margaret Eleanor Hillis was an American conductor. She was the founder and first director of the Chicago Symphony Chorus.

The Alabama Symphony Orchestra is a major orchestra based in Birmingham, Alabama. The orchestra's resident and principal conductor is Christopher Confessore. The Orchestra was first formed in April 1921 but had to close because of financial issues in 1993. It re-opened in 1997 after substantial fundraising.

Harold Farberman was an American conductor, composer and percussionist.

The Jerusalem Symphony Orchestra is a major orchestra of Israel. Since the 1980s, the JSO has been based in the Henry Crown Symphony Hall, part of the Jerusalem Theater complex.

The Grand Rapids Symphony is a professional orchestra located in Grand Rapids, Michigan, USA. Founded in 1930, the Symphony is celebrating its 90th anniversary season in 2019-20. In 2006, its recording Invention and Alchemy was nominated for Best Classical Crossover Album at the Grammy Awards. The Grands Rapids Symphony presents more than 400 performances throughout Michigan each year, reaching over 200,000 people, and is heard in West Michigan on broadcasts by WBLU-FM (88.9) and WBLV-FM (90.3). The organization also implements 18 educational and access programs that benefit over 80,000 Michigan residents. 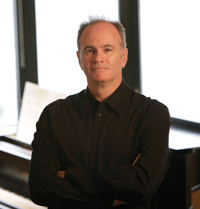 Robert H Bass was an American conductor who notably served as the music director of the Collegiate Chorale in New York City for almost three decades. Bass studied conducting at Mannes College The New School for Music under Richard Westenburg, who was the Collegiate Chorale's director at that time. In 1979, at the age of 26, he succeeded Westenburg in the position, making his conducting debut at Carnegie Hall with the choir that year.

The Dessoff Choirs is an independent chorus based in New York City. Margarete Dessoff established the organization in 1930 as the union of two choirs she directed, the Adesdi chorus and the A Cappella Singers, whence the plural Choirs. Today, the plural connotes Dessoff's various ensembles, which range from the large Dessoff Symphonic Choir, which appears with major orchestras, to the smaller Dessoff Chamber Choir, which performs in more intimate settings.

The Denver Symphony Orchestra, established in 1934 and dissolved in 1989, was a professional American orchestra in Denver, Colorado. Until 1978, when the Boettcher Concert Hall was built to house the symphony orchestra, it performed in a succession of theaters, amphitheaters, and auditoriums. It was the predecessor to the Colorado Symphony, although the two ensembles were legally and structurally separate.

Robert Davidovici, born 1946, is a Romanian-American violinist. He took First Prize honors in the Naumburg Competition in 1972. In 1983, Davidovici tied for first place to co-win the Carnegie Hall International American Music Competition. The prize was $77,000 and Davidovici received half.