Al-Hafiz was born in the city of Aleppo.

The 1963 Syrian coup d'état led by the Military Committee introduced al-Hafiz to public life. In the aftermath of the coup, the National Council of the Revolutionary Command (NCRC) became the country's supreme organ. The NCRC was dominated by the Syrian branch of the radical, pan-Arab Ba'ath Party. Al-Hafiz became President, instituted socialist reforms, and oriented his country towards the Eastern Bloc.

On 23 February 1966, al-Hafiz was overthrown by a radical Ba'athist faction headed by Chief of Staff Salah Jadid. [3] [4] A late warning telegram of the coup d'état was sent from Egyptian President Gamal Abdel Nasser to Nasim al-Safarjalani (The General Secretary of Presidential Council), on the early morning of the coup d'état. The coup sprung out of factional rivalry between Jadid's "regionalist" (qutri) camp of the Ba'ath Party, which promoted ambitions for a Greater Syria, and the more traditionally pan-Arab al-Hafiz faction, called the "nationalist" (qawmi) faction. Jadid's supporters were also seen as more radically left-wing. [5] The coup was also supported and led by officers from Syria's religious minorities, especially the Alawites and the Druze, whereas al-Hafiz belonged to the majority Sunni population.

After being wounded in the three-hour shootout that preceded the coup, in which two of his children were seriously injured, al-Hafiz was jailed in Damascus's Mezzeh prison before being sent to Lebanon in June 1967. A year later, he was relocated to Baghdad. In 1971, the courts of Damascus sentenced him to death in absentia; however, Saddam Hussein "treated him and his fellow exile, Ba'ath founder Michel Aflaq, like royalty", and the sentence was not carried out. [6] After the fall of Saddam in the Iraq War of 2003, al-Hafiz was quietly allowed to return to Syria. [7] He died in Aleppo on December 17, 2009; reports of his age differ, but he was believed to be in his late 80s. [2] [8] He received a state-sponsored funeral. [6]

Amin al-Hafiz was portrayed by Waleed Zuaiter in the Netflix series The Spy.

The Arab Socialist Baʽath Party was a political party founded in Syria by Michel Aflaq, Salah al-Din al-Bitar, and associates of Zaki al-Arsuzi. The party espoused Baʽathism, which is an ideology mixing Arab nationalist, pan-Arabism, Arab socialist, and anti-imperialist interests. Baʽathism calls for unification of the Arab world into a single state. Its motto, "Unity, Liberty, Socialism", refers to Arab unity, and freedom from non-Arab control and interference.

Salah Jadid was a Syrian general, a leader of the left-wing of the Arab Socialist Ba'ath Party in Syria, and the country's de facto leader from 1966 until 1970, when he was ousted by Hafez al-Assad's Corrective Movement.

Salah al-Din al-Bitar was a Syrian politician who co-founded the Arab Ba'ath Party with Michel Aflaq in the early 1940s. As students in Paris in the early 1930s, the two formulated a doctrine that combined aspects of nationalism and socialism. Bitar later served as prime minister in several early Ba'athist governments in Syria but became alienated from the party as it grew more radical. In 1966 he fled the country, lived mostly in Europe and remained politically active until he was assassinated in 1980.

The 1966 Syrian coup d'état refers to events between 21 and 23 February during which the government of the Syrian Arab Republic was overthrown and replaced. The ruling National Command of the Arab Socialist Ba'ath Party were removed from power by a union of the party's Military Committee and the Regional Command, under the leadership of Salah Jadid. 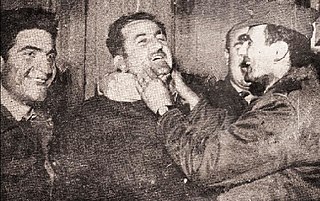 The 1963 Syrian coup d'état, referred to by the Syrian government as the 8 March Revolution, was the successful seizure of power in Syria by the military committee of the Syrian Regional Branch of the Arab Socialist Ba'ath Party. The planning and the unfolding conspiracy was inspired by the Iraqi Regional Branch's successful military coup.

Marwan Habash is a Syrian politician and writer. He was a member of the Regional Command of the Baath Party in Syria and Minister of Industry in the government of Salah Jadid. Following a successful coup d'etat against Jadid's leadership in 1970, Habash was imprisoned along with others perceived to be Jadid loyalists. One of the world's longest-held political prisoners, he was released in 1993. He has since become a writer and public analyst.

The 1964 Hama riot was the first significant clash between the newly installed Ba'ath Party leadership of Syria and the Muslim Brotherhood. It occurred in April 1964, after the 1963 Ba'athist coup d'état. The insurrection was suppressed with heavy military force, resulting in 70-100 mortal casualties and partial destruction of the old Hama city neighborhoods. Hama continued to be a center of Islamists and a focal point of the 1976-1982 Islamist uprising in Syria.

The Arab Socialist Ba'ath Party – Iraq Region, officially the Iraqi Regional Branch, is an Iraqi Ba'athist political party founded in 1951 by Fuad al-Rikabi. It was the Iraqi regional branch of the original Ba'ath Party before changing its allegiance to the Iraqi-dominated Ba'ath movement following the 1966 split within the original party. The party was officially banned following the American invasion of Iraq, but despite this it still continues to function. 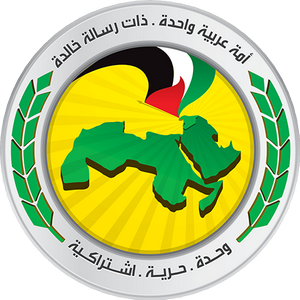 Mansur al-Atrash was a Syrian politician and journalist. Together with fellow university students, Atrash became a founding member of the Ba'ath Party and its Syrian regional branch in 1947. During the presidency of Adib Shishakli (1951–54), he became an anti-government activist and was imprisoned twice, only to be released in an unsuccessful attempt by Shishakli to gain the support of Atrash's father, Sultan. In the year Shishakli was overthrown, Atrash was elected to parliament and turned down an offer to serve in Said al-Ghazzi's government. During the period of the United Arab Republic (1958–61), Atrash became a strong supporter of Egyptian president and pan-Arab leader Gamal Abdel Nasser. He opposed Syria's secession from the UAR and turned down offers to serve in successive separatist governments in protest. 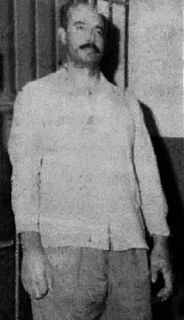 Jassem Alwan was a prominent colonel in the Syrian Army, particularly during the period of the United Arab Republic (UAR) (1958–1961) when he served as the Commander of the Qatana Base near Damascus. Alwan, a staunch supporter of UAR President Gamal Abdel Nasser, opposed Syria's secession from the union in 1961, leading two failed coup attempts to overthrow the secessionist government in 1962.

Salim Hatum was an officer in the Syrian Army who played a significant role in Syrian politics in the 1960s. A member of the Syrian Regional Branch of the Arab Socialist Ba'ath Party, he was instrumental in the 1966 Syrian coup d'état that toppled the government of Amin al-Hafiz, also a Ba'athist. That same year he launched an insurrection from his home region of Jabal al-Druze against his colleagues who formed the new government but sidelined him from any major position. He fled Syria amid a warrant for his arrest, but returned in 1967 and was subsequently jailed and executed.

Sami Droubi was a Syrian politician, career diplomat, writer, translator, university professor and philosopher. He worked as a Syrian diplomat throughout the 1960s, serving, succession, as the Syrian ambassador to Brazil, Morocco, Yugoslavia, and Egypt and the Arab League, Spain and the Holy See. He briefly served as Education Minister in 1963. He also translated numerous literary works into Arabic.

This article details the history of the Arab Socialist Ba'ath Party from its founding in 1947 to its dissolution in the 1960s.

Ahmed Suidani was a Syrian soldier and politician.