The Ancient Macedonian calendar is a lunisolar calendar that was in use in ancient Macedon in the 1st millennium BC. It consisted of 12 synodic lunar months (i.e. 354 days per year), which needed intercalary months to stay in step with the seasons. By the time the calendar was being used across the Hellenistic world, seven total embolimoi (intercalary months) were being added in each 19-year Metonic cycle. The names of the ancient Macedonian Calendar remained in use in Syria even into the Christian era. The Macedonian calendar was in essence the Babylonian calendar with the substitution of Macedonian names for the Babylonian ones. [1] An example of 6th century AD inscriptions from Decapolis, Jordan, bearing the Solar Macedonian calendar, starts from the month Audynaeus. [2] The solar type was merged later with the Julian calendar. In Roman Macedonia, both calendars were used. The Roman one is attested in inscriptions with the name Kalandôn gen. καλανδῶν calendae and the Macedonian Hellenikei dat. Ἑλληνικῇ Hellenic. [3] Finally an inscription [4] from Kassandreia of about ca. 306-298 BC bearing a month ἈθηναιῶνAthenaion suggests that some cities may have used their own months even after the 4th century BC Macedonian expansion.

A calendar is a system of organizing days for social, religious, commercial or administrative purposes. This is done by giving names to periods of time, typically days, weeks, months and years. A date is the designation of a single, specific day within such a system. A calendar is also a physical record of such a system. A calendar can also mean a list of planned events, such as a court calendar or a partly or fully chronological list of documents, such as a calendar of wills. 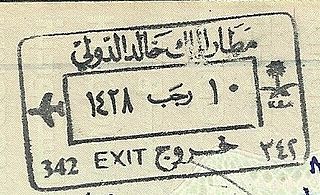 The Islamic calendar, also known as the Hijri, Lunar Hijri, Muslim or Arabic calendar, is a lunar calendar consisting of 12 lunar months in a year of 354 or 355 days. It is used to determine the proper days of Islamic holidays and rituals, such as the annual period of fasting and the proper time for the pilgrimage to Mecca. The civil calendar of almost all countries where the religion is predominantly Muslim is the Gregorian calendar, with Syriac month-names used in the Levant and Mesopotamia. Notable exceptions to this rule are Iran and Afghanistan, which use the Solar Hijri calendar. Rents, wages and similar regular commitments are generally paid by the civil calendar.

The Julian calendar, proposed by Julius Caesar in 708 AUC (46 BC), was a reform of the Roman calendar. It took effect on 1 January 709 AUC (45 BC), by edict. It was designed with the aid of Greek mathematicians and Greek astronomers such as Sosigenes of Alexandria.

A lunisolar calendar is a calendar in many cultures whose date indicates both the Moon phase and the time of the solar year. If the solar year is defined as a tropical year, then a lunisolar calendar will give an indication of the season;if it is taken as a sidereal year, then the calendar will predict the constellation near which the full moon may occur.As with all calendars which divide the year into months there is an additional requirement that the year have a whole number of months. In this case ordinary years consist of twelve months but every second or third year is an embolismic year, which adds a thirteenth intercalary, embolismic, or leap month.

For astronomy and calendar studies, the Metonic cycle or Enneadecaeteris is a period of an almost exactly 19 years that is nearly a common multiple of the solar year and the synodic (lunar) month. The Greek astronomer Meton of Athens observed that a period of 19 years is almost exactly equal to 235 synodic months and, rounded to full days, counts 6,940 days. The difference between the two periods is only a few hours, depending on the definition of the year. 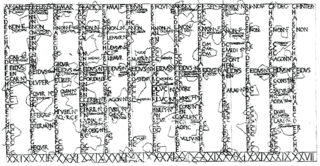 The Roman calendar was the calendar used by the Roman kingdom and republic. The term often includes the Julian calendar established by the reforms of the dictator Julius Caesar and emperor Augustus in the late 1st century BC and sometimes includes any system dated by inclusive counting towards months' kalends, nones, and ides in the Roman manner. The term usually excludes the Alexandrian calendar of Roman Egypt, which continued the unique months of that land's former calendar; the Byzantine calendar of the later Roman Empire, which usually dated the Roman months in the simple count of the ancient Greek calendars; and the Gregorian calendar, which refined the Julian system to bring it into still closer alignment with the solar year and is the basis of the current international standard.

A solar calendar is a calendar whose dates indicate the season or almost equivalently the apparent position of the Sun relative to the stars. The Gregorian calendar, widely accepted as standard in the world, is an example of a solar calendar. The main other type of calendar is a lunar calendar, whose months correspond to cycles of Moon phases. The months of the Gregorian calendar do not correspond to cycles of Moon phase.

The Decapolis was a group of ten cities on the eastern frontier of the Roman Empire in the southeastern Levant in the first centuries BC and AD. They formed a group because of their language, culture, location, and political status, with each functioning as an autonomous city-state dependent on Rome. They are sometimes described as a league of cities, although some scholars believe that they were never formally organized as a political unit.

The ancient Egyptian calendar - a civil calendar - was a solar calendar with a 365-day year. The year consisted of three seasons of 120 days each, plus an intercalary month of five epagomenal days treated as outside of the year proper. Each season was divided into four months of 30 days. These twelve months were initially numbered within each season but came to also be known by the names of their principal festivals. Each month was divided into three 10-day periods known as decans or decades. It has been suggested that during the Nineteenth Dynasty and the Twentieth Dynasty the last two days of each decan were usually treated as a kind of weekend for the royal craftsmen, with royal artisans free from work.

The intercalary month or epagomenal days of the ancient Egyptian, Coptic, and Ethiopian calendars are a period of five days in common years and six days in leap years in addition to those calendars' 12 standard months, sometimes reckoned as their thirteenth month. They originated as a periodic measure to ensure that the heliacal rising of Sirius would occur in the 12th month of the Egyptian lunar calendar but became a regular feature of the civil calendar and its descendants. Coptic and Ethiopian leap days occur in the year preceding Gregorian leap years.

The Seleucid era or Anno Graecorum, sometimes denoted "AG", was a system of numbering years in use by the Seleucid Empire and other countries among the ancient Hellenistic civilizations. It is sometimes referred to as "the dominion of the Seleucidæ," or the Year of Alexander. The era dates from Seleucus I Nicator's re-conquest of Babylon in 312/11 BC after his exile in Ptolemaic Egypt, considered by Seleucus and his court to mark the founding of the Seleucid Empire. According to Jewish tradition, it was during the sixth year of Alexander the Great's reign that they began to make use of this counting. The introduction of the new era is mentioned in one of the Babylonian Chronicles, the Chronicle of the Diadochi.

The Pompeian Era was a calendar era used by Hellenistic cities in Roman Palestine, in particular the cities of the Decapolis. The calendar counted the years from the region's conquest by the Roman general Pompey in 63 BCE. Many of these cities had been self-governing poleis before the Jewish Hasmoneans had conquered them in the 2nd century BCE. The Romans restored their self-governing status, so the conquest amounted to a "new foundation" of the cities, and they made that date the epochal year of their calendars. Some other nearby cities, such as Philadelphia, adopted the era even though they had never been under Hasmonean rule.