It was taken over by Vemuri Radha Krishna, also known as R.K. in 2002 who also works as the Managing Director.

It is published from 21 centers across the states of Andhra Pradesh, Telangana, Karnataka, and Tamil Nadu. Vemuri Radhakrishna, a senior journalist turned entrepreneur is its Managing Director and noted litterateur K. Srinivas is its Editor. It is the third-largest circulated Telugu daily, according to the Audit Bureau of Circulation (ABC) and is known for its dynamic political reporting. Andhra Jyothi has a vast reporting network in every nook and corner of Andhra Pradesh and Telangana and also has a considerable presence in New Delhi, Tamil Nadu, Karnataka, Orissa, and Chhattisgarh. The group also owns a Telugu TV news channel ABN Andhra Jyothi and a weekly magazine Navya.

Though initially started out as a neutral and non-political party oriented newspaper and was later taken over by a different organisation, the newspaper under this organisation became an arch-rival to the present Chief Minister of Andhra Pradesh, Y.S. Jagan Mohan Reddy and his political party YSR Congress Party. [2] The newspaper and it's Managing Director, Vemuri Radha Krishna are often criticized for publishing news in the support of Chandrababu Naidu led Telugu Desam Party, which has been recently affiliated with the nationalist Bharatiya Janata Party. [2]

Kamma is a Hindu caste from South India. The community of Kammas is believed to have originated from agriculturists of the Kammanadu region of the Guntur and Prakasam districts in Andhra Pradesh. Propelled by their military activity in the Vijayanagara Empire, Kammas are believed to have spread out from the region during the Vijayanagara period, followed by some in-migration during the British period and out-migration again during the twentieth century. Today they are regarded as the richest group in Andhra Pradesh and are a dominant caste from Coastal Andhra with socio-economic and political prominence throughout the Telugu-speaking regions of India. 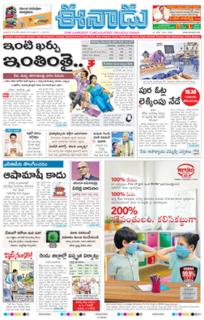 Eenadu is the largest circulated Telugu-language daily newspaper of India sold mostly in the states of Andhra Pradesh and Telangana. According to the Indian Readership Survey (IRS) Q2 2019, Eenadu ranks eighth among the most circulated Indian-language dailies with a total readership (TR) of 1,614,105.

South India is a region located in the southern part of India, which encompasses the Indian states of Andhra Pradesh, Karnataka, Kerala, Tamil Nadu, and Telangana, as well as the union territories of Andaman and Nicobar Islands, Lakshadweep, and Puducherry, comprising 19.31% of India's area. Covering the southern part of the peninsular Deccan Plateau, South India is bounded by the Bay of Bengal in the east, the Arabian Sea in the west and the Indian Ocean in the south. The geography of the region is diverse with two mountain ranges – the Western and Eastern Ghats – bordering the plateau heartland. The Godavari, Krishna, Kaveri, Tungabhadra and Vaigai rivers are important non-perennial sources of water. 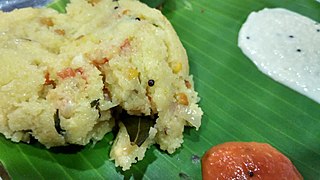 Upma, uppumavu or uppittu is a dish originating from the Indian subcontinent, most common in Kerala, Andhra Pradesh, Tamil Nadu,Karnataka, Maharashtrian, Gujarat, Odia and Sri Lankan Tamil breakfast, cooked as a thick porridge from dry-roasted semolina or coarse rice flour. Various seasonings and/or vegetables are often added during the cooking, depending on individual preferences. Today it is popular in most parts of India and is prepared in various ways.

Telugu Brahmins are Brahmin communities native to the Indian states of Andhra Pradesh and Telangana. 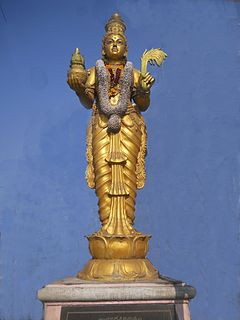 Telugu people, also rendered as Telugus, are one of the four major and the largest Dravidian ethnolinguistic group in terms of population native to the Indian states of Andhra Pradesh, Telangana and Yanam district of Puducherry. Significant Telugus also reside in the surrounding Indian states of Karnataka, Tamil Nadu, Maharashtra, Chhattisgarh, Kerala and Odisha, also in the UT of Andaman and Nicobar Islands. The Telugus like some other Northern South Asians are the most ethnically diverse and mixed of the South and Central Indians due to many invasions and being ruled by the Sultan’s, Shah’s and Khan’s. The earliest Telugu identity associated with are the Andhras, a tribe from whom the Telugus inherit their ethnonym from, were known to have migrated from the banks of River Yamuna in the North to the banks of Krishna and Godavari in the South-East of the Subcontinent right in the Telugu-heartland postulated to be of Indo-Aryan in speech and culture. 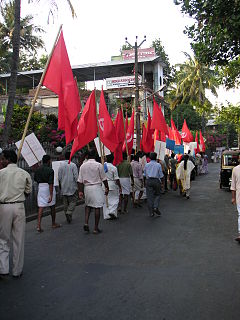 Politics in South India is typically dominated by regional parties than by the larger national political parties such as the Congress (INC) or BJP (BJP). However, both the BJP and INC have had some success in forging alliances with regional parties. Unlike in North India, where religion plays an important role in driving local politics, South India's political issues of contention are mainly caste, language and ethnicity.

Heritage Foods Limited is one of the largest private sector dairy enterprises in Southern India.

Sakshi is a Telugu media group. The group has a news daily and a Telugu news channel. It is headquartered in Hyderabad, Telangana.

Reddy/Reddi is an Indian surname. In India it is predominantly used by members of the Telugu speaking Reddy caste. It is also used as a surname by members of the Reddi Lingayat and Reddy Vokkaliga communities of Karnataka. 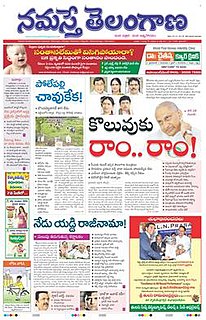 Namasthe Telangana Indian Telugu-language daily newspaper published from Hyderabad, Telangana. It was launched on 6 June 2011. The paper aims to mainly focus on politics and developments of Telangana State. The newspaper is published by Telangana Publications Pvt. Limited, owned by K. Chandrashekar Rao, the current chief minister of Telangana. Sakshi is the second largest circulated Telugu language daily newspaper of India sold mostly in the states of Andhra Pradesh and Telangana. According to the Indian Readership Survey (IRS) Q2 2019, Sakshi ranks sixteenth among the most circulated Indian-language dailies with a total readership (TR) of 1,064,661. The newspaper is owned by Y. S. Bharathi, wife of the Chief minister of Andhra Pradesh, Y. S. Jaganmohan Reddy.

Andhra Pradesh is a state in the southern part of India. It was created on 1 November 1956, with the passing of the States Reorganisation Act. Andhra Pradesh is bordered by the Bay of Bengal to the east, Karnataka to the west, Maharashtra to the north-west, Orissa to the north-east, Chhattisgarh to the north and Tamil Nadu to the south. The state covers an area of 106,195 sq mi (275,045 km²), or 5.83% of the total geographical area of India. It comprises 23 districts. Telugu is the primary official language of Andhra Pradesh and spoken as a native language by about 83.88% of the people. Other ethnic minorities in the state as of 2001 are Urdu people (8.63%), Tamil people (3.01%), Kannada people (2.60%), Marathi people (0.70%) and Odia people (0.44%).

Andhra Patrika was the weekly newspaper of the nationalist movement in the Telugu speaking region founded by Kasinadhuni Nageswara Rao in 1908. It later transformed into a daily newspaper before it closed down in 1991. It helped to shape both modern Telugu language and an identity that resulted in the creation of the state of Andhra Pradesh.

Telugu states are the Indian states of Andhra Pradesh and Telangana in southeastern India. An ethno-region of Telugu People, they as a collective are bordered by Maharashtra to the north, Karnataka to the west, Odisha, Chattisgarh to the northeast, Tamil Nadu to the south and the Bay of Bengal, Yanam district enclave of Puducherry to the east. The referential term of Telugu states is been in use ever since the bifurcation of its preceding political entity United Andhra Pradesh in 2014. Combining Telangana's population of 35,193,978 and Andhra Pradesh's of 49,506,799, the Telugu states have a population of 84,700,777 as of 2011.