Growing up in his father's town of San Severo, in Apulia, he enrolled in 1973 at the DAMS (Dipartimento di Arte, Musica e Spettacolo; Department of Arts, Music and Entertainment) of the University in Bologna.

He made his debut in the spring of 1977 in the magazine Alteralter with his first comic story, "Le straordinarie avventure di Pentothal" (Pentothal's extraordinary adventures), the surrealistic and psychedelic story of an alter ego named after a sedative (Penthothal). He later participated to such editorial experiences as Cannibale, Il Male and Frigidaire, where he created hundreds of comics with his unique and unmatched style, grown out of American underground comics (as represented by visionaries like Rick Griffin and Victor Moscoso), Italian Renaissance art and Walt Disney comics. He was especially fond of the character of Goofy, which he appropriated for a humorous spoof on Italian hippiedom of the 1970s entitled Perché Pippo sembra uno sballato ("Why Goofy Looks Like a Pothead"), and a later, unfinished story entitled La leggenda di Italianino Liberatore ("The Legend of Italianino Liberatore", referring to his old friend Tanino Liberatore); he also said in an interview that Carl Barks, the creator of Uncle Scrooge, Magica De Spell and other characters of the Duck family, was a model for his art.

In 1980 he created the character Zanardi and collaborated with the magazines Corto Maltese and Comic Art while also producing movie and theater posters, scene designs, record covers and advertising. He was extremely prolific through the 80s, penning hundreds of single-panel cartoons as well as longer, intricate stories usually centered on Zanardi. If Pentothal was emblematic of the Bologna of 1977 (with the political activism and the trend of psychedelic drugs), Zanardi is a creature of the cynical and non-committed 1980s. Pompeo, his last graphic novel depicting the gradual downfall of a heroin addict (a largely autobiographical character) up to his eventual suicide, is generally considered his masterwork; the post-face to this work testifies that Pazienza tried to start a new life and, for a while, quit drugs.

Andrea Pazienza died at age 32 in Montepulciano, from an overdose of heroin. [1] He is buried in cemetery of San Severo.

In his memory in Cremona, the non profit association "Centro Fumetto Andrea Pazienza" was created to help young cartoonists develop their skills.

Goofy is a funny animal cartoon character created in 1932 at Walt Disney Productions. Goofy is a tall, anthropomorphic dog who typically wears a turtle neck and vest, with pants, shoes, white gloves, and a tall hat originally designed as a rumpled fedora. Goofy is a close friend of Mickey Mouse and Donald Duck. He is normally characterized as extremely clumsy and somewhat dimwitted, yet this interpretation is not always definitive; occasionally Goofy is shown as intuitive, and clever, albeit in his own unique, eccentric way.

The Mickey Mouse universe is a fictional shared universe which is the setting for stories involving Disney cartoon characters Mickey and Minnie Mouse, Pluto, Goofy and many other characters. The universe originated from the Mickey Mouse animated short films produced by Disney starting in 1928, but its first consistent version was created by Floyd Gottfredson in the Mickey Mouse newspaper comic strip. Real-world versions also exist in Disneyland and Tokyo Disneyland, called Mickey's Toontown.

Ugo Eugenio Prat, better known as Hugo Pratt was an Italian comic book creator who was known for combining strong storytelling with extensive historical research on works such as Corto Maltese. He was inducted into the Will Eisner Award Hall of Fame in 2005. 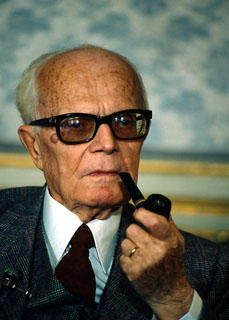 Alessandro "Sandro" Pertini, was an Italian journalist, partisan and socialist politician who served as the seventh President of Italy, from 1978 to 1985.

Autobiographical comics are autobiography in the form of comic books or comic strips. The form first became popular in the underground comics movement and has since become more widespread. It is currently most popular in Canadian, American and French comics; all artists listed below are from the US unless otherwise specified.

Italian comics are known in Italy as fumetto[fuˈmetto], plural form fumetti[fuˈmetti]. The most popular Italian comics have been translated into many languages. The term fumetto refers to the distinctive word balloons that contain the dialog in comics.

Walt Disney Cartoon Classics was a series of cartoon compilations from Disney. It was one of their first attempts to put cartoons on home video, after Mickey Mouse and Donald Duck Cartoon Collections.

Zanardi is a comics character created by Andrea Pazienza, arguably his most famous creation.

Notable events of 1977 in comics. See also List of years in comics.

Gianni Celati is an Italian writer, translator and literary critic.

Topolino is an Italian digest-sized comic series featuring Disney comics. The series has had a long running history, first appearing in 1932 as a comics magazine. It is currently published by Panini Comics. 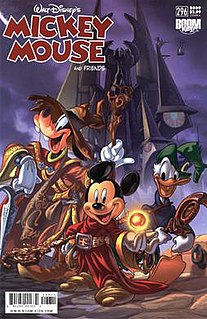 Pugacioff is the title character of an Italian comic series created by Giorgio Rebuffi. 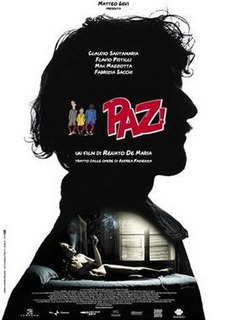 Paz! is a 2002 Italian comedy film written and directed by Renato De Maria. Set in 1977 in Bologna, it is based on several comic characters created by Andrea Pazienza.

Federico Pedrocchi was an Italian comic book artist and writer. He sometimes used the pen name Costanzo Federici. He founded the magazine Paperino e altre avventure in 1937, and wrote some of the earliest Disney comic book stories.

Paperino e altre avventure, also known as Paperino giornale, is a 1937-1940 weekly Italian Disney comics magazine published by Mondadori. The comic was launched by Federico Pedrocchi, Mondadori's art director, as a companion to the existing weekly Topolino magazine. Paperino published 149 issues from December 30, 1937 to October 26, 1940, at which point it was merged with Topolino.