Andrei Yevgenyevich Purgin is a Ukrainian activist, cofounder of the Donetsk Republic organization along with Aleksandr Tsurkan and Oleg Frolov. Until 4 September 2015 he was the Chairman of the People's Soviet of the (disputed) Donetsk People's Republic. [2]

Born in Donetsk on 26 January 1972. [3] In 1989 he entered the Donetsk State Technical University. [3] From the early 1990s until the mid-2000s he held about 70 jobs, including trading companies, charitable organizations and the Donetsk circus. [3]

On 23 February 2005 (Soviet Army and Navy Day) Purgin participated in a protest of the Union of the Born by Revolution that established a small tent city at the Lenin Square in Donetsk. The protested issued a request consisting of 12 principles that included federalization of Ukraine, official status for the Russian language and other issues promoting the rights of the Russian-speaking population. The Donetsk District Court of Voroshilov Region ordered the tents to be removed. [4]

At the end of 2005 (6 December 2005) Purgin already headed the newly organized movement Donetsk Republic that claimed its heritage from the Soviet puppet state Donetsk–Krivoy Rog Soviet Republic. [3] The organization claimed to fight the "orange plague" of President Viktor Yushchenko. [3] It was marginal. [3]

In the winter of 2013, together with "titushky", Purgin dispersed supporters of Euromaidan in Donetsk; but in the heat of battle titushky beat him. [3]

According to the Ukrainian Ministry of Internal Affairs Purgin was arrested by the Security Service of Ukraine (SBU) on 19 March 2014, however, on 22 March 2014 he already was released.[ citation needed ] On 19 April 2014 Purgin was listed on the SBU wanted list for terrorism. [5]

In the interview to "Informbyuro" on May 18, 2014, Purgin stated that on March 27, 1994, there was a referendum in Donetsk and Luhansk regions where 90% of population voted for federalization of Ukraine. [6] He also acknowledged that the Donetsk Republic as organization included also National Bolsheviks mainly in Makiivka. [6]

Purgin opposed some of the key points of the February 2015 Minsk II cease-fire agreement. [7]

On 4 September 2015 Purgin was removed from the position of the Chairman of the People's Soviet of the unrecognized Donetsk People's Republic for "an attempt to disrupt a meeting of the People's Soviet and present false inflaming information". [2] He was then detained for four days for reasons unknown to him. [7] The new chairman of the Soviet became Denis Pushilin, his deputy. [8] Pushilin denied Purgin's arrest. [9] Observers claimed Purgin's dismissal was part of efforts of the Russian government to bring the Donetsk People's Republic to heel to observe the Minsk II agreement. [7]

Horlivka, also known by its Russian name Gorlovka or Gorlowka, is a city of regional significance in the Donetsk Oblast (province) of eastern Ukraine. In 2001, the city's population was 292,000, which declined to 256,714 by 2013. Economic activity is predominantly coal mining and the chemical industry. The Horlivka State Pedagogical Institute of Foreign Languages has a two building campus in the city centre. 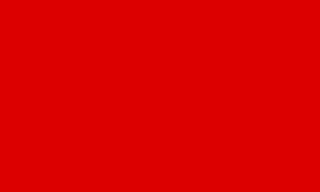 The Donetsk–Krivoy Rog Soviet Republic or Donetsk–Kryvyi Rih Soviet Republic was a self-declared Soviet republic of the Russian SFSR founded on 12 February 1918. It was founded three days after the government of Ukraine signed the treaty with the Germans, which recognised the borders of the Ukrainian People's Republic. The republic was never viewed as a separate entity by anyone except for members of the self proclaimed republic. The interest in the republic and its autonomous status was revived with the appearance of the Ukrainian political party Donetsk Republic in 2005 led by Andrei Purgin.

From the end of February 2014, demonstrations by pro-Russian and anti-government groups took place in major cities across the eastern and southern regions of Ukraine, in the aftermath of the Euromaidan movement and the 2014 Ukrainian revolution. During the first stage of the unrest, known as the "Russian Spring", the Ukrainian territory of Crimea was annexed by the Russian Federation after a Russian military intervention, and an internationally criticized Crimean referendum. Protests in Donetsk and Luhansk regions (oblasts) escalated into an armed pro-Russian separatist insurgency. From late 2014, cities outside of the Donbass combat zone, such as Kharkiv, Odessa, Kiev and Mariupol, were struck by bombings that targeted pro-Ukrainian unity organizations. To maintain control over southern and eastern Ukraine, the government launched an "Anti-Terrorist Operation" (ATO), sending in the armed forces to quell the unrest. 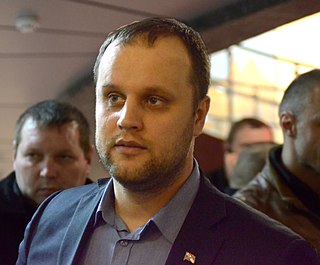 Pavel Yuryevich Gubarev, born 10 February 1983 in Sievierodonetsk, is a Ukrainian pro-Russian activist who proclaimed himself the "People's Governor" of the Donetsk Region at the Regional Assembly on 3 March 2014, after separatists seized the building. Gubarev had earlier declared himself leader of the Donbass People's Militia. But since then he has been sidelined by other separatist leaders and was banned from taking part in the 2014 Donbass parliamentary elections. These elections also eliminated the post of "People's Governor". Gubarev was not a major figure in local politics prior to the beginning of the 2014 pro-Russian conflict in Ukraine. 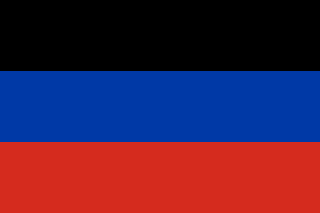 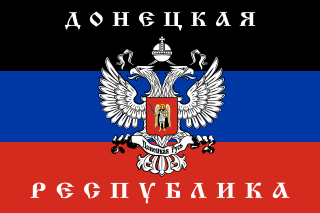 The Donetsk Republic is a pro-Russian separatist political party operating in the Donetsk area of Ukraine. The group's goal is the creation of a "federation of sovereign Donetsk", which would include seven regions of eastern and southern Ukraine. The group was banned in 2007, but this ban was marginal until the 2014 Donbass War. In 2014, it founded the Donetsk People's Republic, which Ukraine's government calls a terrorist organization. The party won the 2014 Donbass general elections with 68.53% of the votes and 68 seats.

Denis Vladimirovich Pushilin is a politician who was the Chairman of the People's Soviet of the Donetsk People's Republic (2015–2018), and therefore, under the draft Constitution adopted in May 2014, the self-declared republic's head of state. On 7 September 2018, Pushilin was appointed acting Head of the DPR; a position which he held until elections on 11 November 2018.

Ekaterina Yurevna Gubareva is a former minister of foreign affairs of the self-proclaimed Donetsk People's Republic (DNR) and wife of Pavel Gubarev.

The War in Donbass is an armed conflict in the Donbass region of Ukraine, part of the Ukrainian crisis and the broader Russo-Ukrainian War. From the beginning of March 2014, in the aftermath of the 2014 Ukrainian revolution and the Euromaidan movement, protests by Russia-backed anti-government separatist groups took place in the Donetsk and Luhansk oblasts of Ukraine, collectively called the "Donbass". These demonstrations, which followed the February–March 2014 annexation of Crimea by the Russian Federation, and which were part of a wider group of concurrent protests across southern and eastern Ukraine, escalated into an armed conflict between the separatist forces of the self-declared Donetsk and Luhansk People's Republics, and the Ukrainian government. While the initial protests were largely native expressions of discontent with the new Ukrainian government, Russia took advantage of them to launch a co-ordinated political and military campaign against Ukraine. Russians citizens led the separatist movement in Donetsk from April until August 2014, and were supported by volunteers and materiel from Russia. As the conflict escalated in May 2014, Russia employed a "hybrid approach", deploying a combination of disinformation tactics, irregular fighters, regular Russian troops, and conventional military support to destabilise the Donbass region. According to the Ukrainian government, at the height of the conflict in the summer of 2014, Russian paramilitaries were reported to make up between 15% to 80% of the combatants.

The Luhansk People's Republic, alternatively spelled as Lugansk People's Republic, usually abbreviated as LPR or LNR, is a landlocked proto-state. It is located in Luhansk Oblast in the Donbass region, a territory internationally recognized to be a part of Ukraine. Luhansk is its capital and biggest city. The population of the republic is approximately 1.5 million people. In its constitution, LPR is proclaimed to be a democratic constitutional state. The current head of state is Leonid Pasechnik. 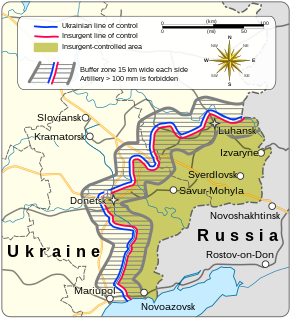 The Protocol on the results of consultations of the Trilateral Contact Group, or commonly known as the Minsk Protocol, is an agreement to halt the war in the Donbass region of Ukraine, signed by representatives of that country, the Russian Federation, the Donetsk People's Republic (DPR), the Luhansk People's Republic (LPR), and the Organization for Security and Co-operation in Europe (OSCE) on 5 September 2014. It was signed after extensive talks in Minsk, Belarus, under the auspices of the OSCE. The agreement, which followed multiple previous attempts to stop the fighting in the Donbass, implemented an immediate ceasefire. It failed to stop fighting in Donbass, and was thus followed with a new package of measures, called Minsk II, which was agreed to on 12 February 2015. This too failed to stop the fighting, but the Minsk agreements remain the basis for any future resolution to the conflict, as agreed at the Normandy Format meet.

The People's Council, formerly the Supreme Council, is the legislature of the unrecognised Donetsk People's Republic. 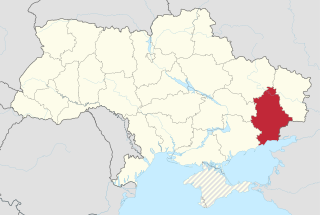 The Volnovakha bus attack was an attack on a highway checkpoint near the village of Buhas outside of the Volnovakha municipality in the Donetsk Oblast, Ukraine on 13 January 2015. It resulted in the deaths of 12 passengers of an intercity bus and injuries to 18 others in the area. The attack was the largest single loss of life since the signing of the Minsk Protocol in September 2014, which attempted to halt the ongoing War in Donbass. The incident has been labeled an "act of terror" by both the Ukrainian authorities as well as the rebels.

Free Donbass is a public movement and political bloc in the Donetsk Oblast fighting for the separation of the region from Ukraine. The bloc includes several parties and movements. The organization was formed in 2014, in the first six months after the proclamation of independence of the Donetsk People's Republic from Ukraine. Satisfying the requirements of the CEC, this party became one of two admitted to participation in the general elections in the Donetsk People's Republic on November 2, 2014. After registration, the party joined in campaigning in the streets with voters, and also on the Internet. The party is a supporter for the Independence of the historical and cultural region of Novorossiya from Ukraine.

Dmitry Viktorovich Trapeznikov is the former acting Head of the Donetsk People's Republic from 31 August 2018 until 7 September 2018.

Alexandr Yevgenevych Ananchenko is a politician of the Donetsk People's Republic, where he has been deputy prime minister since September 2018.