Jazz critic John Fordham described Hill as a "uniquely gifted composer, pianist and educator" although "his status remained largely inside knowledge in the jazz world for most of his career." [2]

Andrew Hill was born in Chicago, Illinois (not in Port-au-Prince, Haiti, nor was he born in 1937, as was reported by many earlier jazz reference books), to William and Hattie Hille. [3] He had a brother, Robert, who was a singer and classical violin player. [4] Hill took up the piano at the age of thirteen, and was encouraged by Earl Hines. As a child, he attended the University of Chicago Experimental School. [5] He was referred by jazz composer Bill Russo to Paul Hindemith, with whom he studied informally until 1952.

While a teenager, he performed in rhythm and blues bands and with touring jazz musicians, including Charlie Parker and Miles Davis. Hill recalls some of his experience as a youngster, during a 1964 interview with Leonard Feather: "I started out in music as a boy soprano, singing and playing the accordion, and tap dancing. I had a little act and made quite a few of the talent shows around town from 1943 until 1947. I won turkeys at two Thanksgiving parties at the Regal Theatre," parties sponsored by the newspaper Chicago Defender , which Hill coincidentally used to sell on the streets. [4]

In 1950, Hill learned his first blues changes on the piano from the saxophonist Pat Patrick and in 1953, he played his first professional job as a musician, with Paul Williams' band. "At that time", he recalls, "I was playing baritone sax as well as piano." [6] During the next few years, the piano gigs brought him into contact with many musicians, some of whom became relevant influences: Joe Segal and Barry Harris, among others. In 1961, after travelling as an accompanist for Dinah Washington, the young pianist settled in New York City in 1961, [2] where he worked for Johnny Hartman and Al Hibbler, then briefly moved to Los Angeles County, where he worked with Roland Kirk's quartet and at the jazz club Lighthouse Café, in Hermosa Beach.

Hill first recorded as a sideman in 1954, but his reputation was made by his Blue Note recordings as leader from 1963 to 1970, which featured several other important post-bop musicians including Joe Chambers, Richard Davis, Eric Dolphy, Bobby Hutcherson, Joe Henderson, Freddie Hubbard, Elvin Jones, Woody Shaw, Tony Williams, and John Gilmore. Hill also played on albums by Henderson, Hutcherson, and Hank Mobley. His compositions accounted for three of the five pieces on Bobby Hutcherson's classic Dialogue album. [7]

Hill rarely worked as a sideman after the 1960s, preferring to play his own compositions. This may have limited his public exposure. He later taught in California and held a tenure-track faculty appointment at Portland State University from 1989 to 1996. While at PSU, he established a Summer Jazz Intensive program, in addition to performing, conducting workshops and attending residencies at Wesleyan University, the University of Michigan, the University of Toronto, Harvard University, Bennington College and other schools. [8]

Hill's album Dusk was selected best album of 2001 by both Down Beat and JazzTimes ; and in 2003, Hill received the Jazzpar Prize. [2] Hill's earlier work also received renewed attention as a result of the belated release of several unissued sessions made in the 1960s for Blue Note, notably the ambitious large-group date Passing Ships . In 2004, he appeared on SOLOS: The Jazz Sessions . As a consequence of his renewed prominence, a new Blue Note album titled Time Lines was released on February 21, 2006.

His final public performance was on March 29, 2007 at Trinity Church in New York City.

It was while working at the Lighthouse Café, in Hermosa Beach that he met his future wife, Laverne Gillette, [9] at the time an organist at the Red Carpet. They married in 1963 and moved to New York. [4]

Laverne died following a long illness in California, where the couple had settled, in 1989. [10] He married dancer/educator Joanne Robinson Hill in Portland in 1992. They moved to New York City in 1995. From 2000, Hill and his wife lived in Jersey City, New Jersey. [10]

Andrew Hill suffered from lung cancer during the last years of his life. He died at his home in Jersey City, New Jersey. [11] [12]

In May 2007, he became the first person to receive a posthumous honorary doctorate from Berklee College of Music.

Hill's main influences were pianists Thelonious Monk, Bud Powell and Art Tatum. "Monk's like Ravel and Debussy to me, in that he put a lot of personality into his playing [...] it's the personality of music which makes it, finally," he said in a 1963 interview with A. B. Spellman. Powell was an even greater influence, but Hill thought that his music was a dead end: "If you stay with Bud too much, you'll always sound like him, even if you're doing something he never did." Hill referred to Tatum as the epitome of "all modern piano playing". [5] 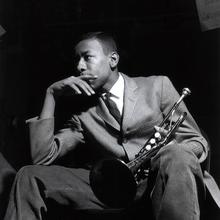 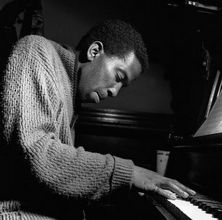 Henry "Hank" Mobley was an American hard bop and soul jazz tenor saxophonist and composer. Mobley was described by Leonard Feather as the "middleweight champion of the tenor saxophone", a metaphor used to describe his tone, that was neither as aggressive as John Coltrane nor as mellow as Stan Getz, and his style that was laid-back, subtle and melodic, especially in contrast with players like Sonny Rollins and Coltrane. The critic Stacia Proefrock claimed he is "one of the most underrated musicians of the bop era." 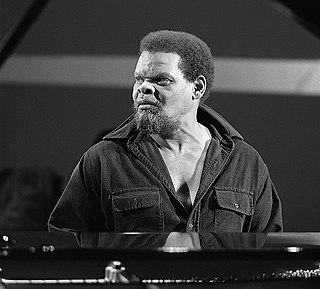 Woody Herman Shaw Jr. was an American jazz trumpeter, flugelhornist, cornetist, composer, arranger, band leader, and educator. Born with a photographic memory and perfect pitch, Shaw is credited with advancing the technical and harmonic conventions of modern jazz trumpet playing. In his time he was viewed as a leading innovator on his instrument. He was an acknowledged virtuoso and mentor among musicians, and worked and recorded with many notable jazz legends."

Columbus Calvin "Duke" Pearson Jr. was an American jazz pianist and composer. Allmusic describes him as having a "big part in shaping the Blue Note label's hard bop direction in the 1960s as a record producer."

Dialogue is an album by jazz vibraphonist Bobby Hutcherson, released on the Blue Note label in 1965. This was Hutcherson's first LP released as bandleader following work with Eric Dolphy. The album features four Andrew Hill compositions and two Joe Chambers pieces. It has received widespread critical acclaim and is considered by most critics one of Hutcherson's greatest achievements. 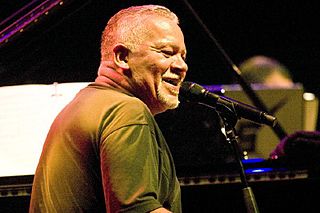 Joseph LeslieSample was an American pianist, keyboard player, and composer. He was one of the founding members of the Jazz Crusaders, the band which became simply the Crusaders in 1971, and remained a part of the group until its final album in 1991. 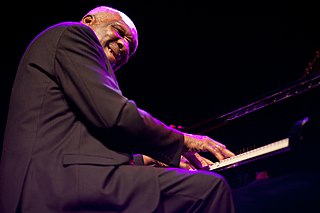 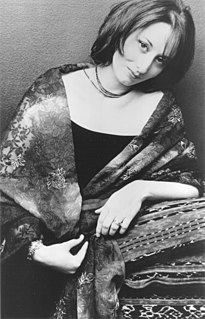 Joe Chambers in Chester, Pennsylvania is an American jazz drummer, pianist, vibraphonist and composer. He attended the Philadelphia Conservatory for one year. In the 1960s and 1970s Chambers gigged with many high-profile artists such as Eric Dolphy, Charles Mingus, Wayne Shorter, and Chick Corea. During this period, his compositions appeared on some of the albums in which he made guest appearances, such as those with Freddie Hubbard and Bobby Hutcherson. He has released eight albums as a bandleader and been a member of several incarnations of Max Roach's M'Boom percussion ensemble.