Angadrisma (Angadrême, Angadresima, Angadreme, Angradesma, Andragasyna) (d. ca. 695) was a seventh-century abbess and saint, daughter of Robert I, Bishop of Tours. A cousin to Lambert, Bishop of Lyon, she was educated at Thérouanne by Lambert and Saint Audomare (Omer).

Although she wished to become a nun, she was promised in an arranged marriage to Saint Ansbert of Chaussy. [1] Tradition states that Angadrisma, wishing for a way out, prayed fervently and was stricken with leprosy. She was cured when she was allowed to become a nun and received the veil from Saint Ouen, archbishop of Rouen. [1]

She became abbess of the Benedictine convent of Oroër-des-Vierges, near Beauvais.

Angadrisma is portrayed in art with her face pitted by leprous skin. [1] She is venerated as the patron of the diocese of Beauvais. [1] 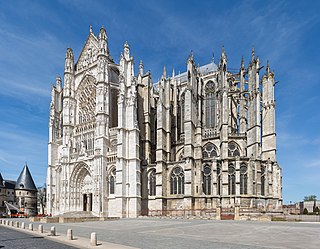 Beauvais is a city and commune in northern France. It serves as the capital of the Oise département, in the Hauts-de-France region. Beauvais is located approximately 75 kilometres North of Paris. The residents of the city are called Beauvaisiens. 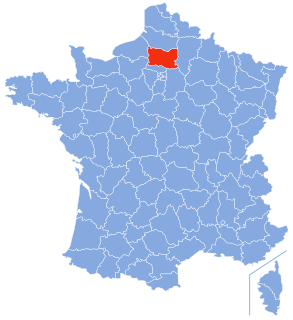 Ansbert, sometimes called Ansbert of Chaussy, was a Frankish monk, abbot and bishop of Rouen, today regarded as a saint in the Catholic Church.

The Roman Catholic Diocese of Troyes is a diocese of the Latin Rite of the Roman Catholic Church in Troyes, France. The diocese now comprises the département of Aube. Erected in the 4th century, the diocese is currently suffragan to the Archdiocese of Reims. It was re-established in 1802 as a suffragan of the Archbishopric of Paris, when it comprised the départements of Aube and Yonne and its bishop had the titles of Troyes, Auxerre, and Châlons-sur-Marne. In 1822 the See of Châlons was created and the Bishop of Troyes lost that title. When Sens was made an archdiocese, the episcopal title of Auxerre went to it and Troyes lost also the département of Yonne, which became the Archdiocese of Sens. The Diocese of Troyes covers, besides the ancient diocesan limits, 116 parishes of the ancient Diocese of Langres and 20 belonging to the ancient diocese of Sens. On 8 December 2002, the Diocese of Troyes was returned to its ancient Metropolitan, the Archbishop of Reims. 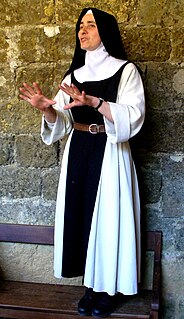 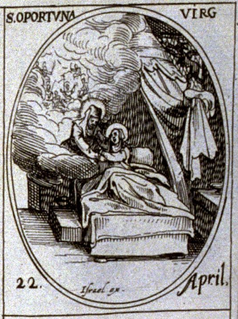 Opportuna of Montreuil was a Frankish Benedictine nun and abbess. A Vita et miracula Sanctae Opportunae was written within a century of her death by Adalhelm, bishop of Séez, who believed he owed his life and his see to Opportuna. 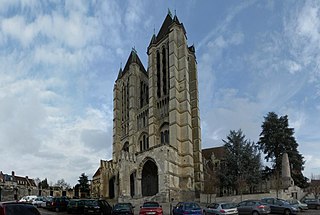 Ferreolus, also called Ferreolus of Rodez was a Gallo-Roman senator from Narbonne, then Narbo, who later lived in Rodez where his family had also held Trevidos, a villa estate near Segodunum, since the mid-fifth century at least. 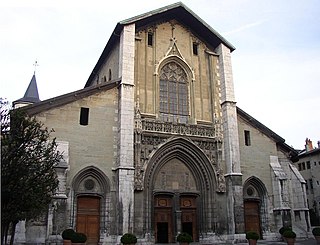 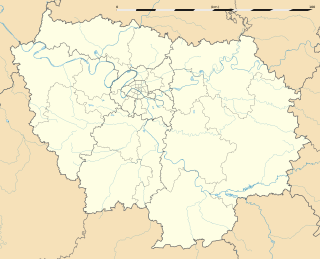 Maubuisson Abbey is a Cistercian nunnery at Saint-Ouen-l'Aumône, in the Val-d'Oise department of France. It was founded in A.D. 1236 by Blanche of Castile, Queen of France, who may have been buried there in 1252. The site is now within the north-western suburbs of Paris. The surviving buildings are listed as a monument historique.

Pentemont Abbey is a set of 18th and 19th century buildings at the corner of Rue de Grenelle and Rue de Bellechasse in the 7th arrondissement of Paris. The abbey was a Cistercian convent founded near Beauvais in 1217 and moved to its current site in Paris in 1672 at the behest of Louis XIV. A reconstruction of the abbey was initiated in 1745 by the Abbess Marie-Catherine Béthisy de Mézières and work was completed in 1783. In the late 18th century the abbey was one of the most prestigious educational institutions in Paris for daughters of the elite, including two of Thomas Jefferson's. The abbey also provided rooms for ladies of good standing who were in search of rest, including Joséphine de Beauharnais when the case of her separation from her first husband was heard.

The Abbey of the Holy Cross was a French Benedictine monastery of nuns founded in the 6th century. Destroyed during the French Revolution, a new monastery with the same name was built in a nearby location during the 19th century for a community of Canonesses of St. Augustine of the Mercy of Jesus.

Ode de Pougy was the Abbess of Notre Dame aux Nonnains in Troyes, France, from 1264 to 1272. She is known for her efforts to forcibly prevent the construction of the Church of St Urbain, Troyes, which led to her excommunication.

The Abbey of Notre Dame aux Nonnains, also called the Royal Abbey of Our Lady of Troyes, was a convent founded before the 7th century in Troyes, France. The non-cloistered canonesses became wealthy and powerful in the Middle Ages. In 1266–68 they defied the pope and used force to delay construction of the collegiate Church of St Urbain. They were excommunicated as a result. Later the abbey adopted a strictly cloistered rule and the nuns became impoverished. Work started on building a new convent in 1778 but was only partially completed before the French Revolution (1789–99). The abbey was closed in 1792 and the church was demolished. The convent became the seat of the prefecture of Aube.

Manassès de Pougy was a member of a powerful family in Champagne, France, who was Bishop of Troyes from 1181 to 1190. He defended the rights of religious orders, and was a benefactor of the Troyes Cathedral.

Reine Antier was a French Roman Catholic nun. She is known as the founder of the Congrégation des Soeurs de l'Enfant-Jésus de Chauffailles, an order of teaching nuns.