Anna Wiktoria German-Tucholska [1] (14 February 1936 – 25 August 1982) was a Soviet-born Polish singer, immensely popular in Poland and in the Soviet Union in the 1960s–1970s. She released over a dozen music albums with songs in Polish, as well as several albums with Russian repertoire. Throughout her music career, she recorded songs in seven languages: Polish, Russian, German, Italian, Spanish, English and Latin.

Anna German was a Polish and Russian-language singer of a German family. She was born in Urgench, a city with a population of 22,000 in northwestern Uzbekistan in Central Asia, then Uzbek Soviet Socialist Republic, Soviet Union. Her mother, Irma Martens, was the descendant of Plautdietsch-speaking Mennonites invited to Russia by Catherine II. Her accountant father, Eugen (Eugeniusz) Hörmann (in Russian, Герман), was also of a Russian-German pastor family and born during travel in Łódź (Czarist Russian Empire) now Poland. Eugen Hörmann's father, Anna's grandfather, Friedrich Hörmann, who had studied theology at Lodz, was in 1929 incarcerated in Gulag Plesetsk by Communists for being a priest, where he died. In 1937, during the NKVD's anti-German operation, Eugen Hörmann was arrested in Urgench on false charges of spying, and executed (officially, sentenced to ten years in prison). Thereafter, Anna and her mother and grandmother survived in the Kemerovo Region of Siberia, as well as in Tashkent, and later in the Kyrgyz and Kazakh SSRs.

In 1946, her mother (who had married Herman Gerner, a Ludowe Wojsko Polskie soldier) was able to take the family to Silesia, first Nowa Ruda and then Wrocław in 1949.

Anna quickly learned Polish and several other languages and grew up hiding her family heritage. She graduated from the Geological Institute of Wroclaw University. During her university years, she began her music career at the Kalambur theater. Anna finally became successful when she won the 1964 II Festival of Polish Songs in Opole with her song "Tańczące Eurydyki". One year later, she won first prize in the international song contest in Sopot.

Anna performed in the Marché international de l'édition musicale in Cannes, as well as on the stages of Belgium, Germany, United States, Canada and Australia.

She also sang in Russian, English, Italian, Spanish, Latin, German and Mongolian. [2] In 2001, six of her Polish albums were reissued on CDs. In recent years, many compilation albums of her songs have also been released in both Russia and Poland.

In December 1966, German in Milan signed a contract with a small firm CDI to release the records, thus becoming the first performer from behind the "iron curtain", which was recorded in Italy. In Italy, Anna German has performed at the festival in San Remo, starred in a television show, a recorded programme with the singer Domenico Modugno, performed at the festival of Neapolitan songs in Sorrento and received the award "Oscar della simpatia".

On 27 August 1967, while in Italy, on the road between Forlì and Milan, Anna German was involved in a severe car accident. At high speed, the car driven by the impresario of the singer crashed into a concrete fence. Anna was thrown from the car through the windshield. She suffered multiple fractures, internal injuries. The results of the investigation revealed that the driver of the car – her manager Renato Serio – fell asleep at the wheel. He escaped with a fracture of the hand and feet.

After the accident, German had not regained consciousness. After the plaster was taken off, the singer still lay in a hospital bed for half a year. Then it took her a few months to relearn to sit and walk.

Later in the 1960s, she released the autobiographical book "Come Back to Sorrento?"("Wróć do Sorrento?"), dedicated to the Italian period of her career. The book circulation – 30,000 copies.

On 23 March 1972, she married Zbigniew Tucholski. Their son, Zbigniew, was born on 27 November 1975. In the last years of her life, she composed some church songs. She died of osteosarcoma in 1982, and was buried at Warsaw Evangelical cemetery.

Anna loved to cook Oriental dishes. Her favorite foods were boiled potatoes with herring, pickles, pies with cabbage, black tea with lemon, and oatmeal cookies. She did not consume alcohol. 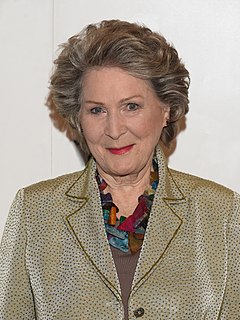 The Alexandrov Ensemble is an official army choir of the Russian armed forces. Founded during the Soviet era, the ensemble consists of a male choir, an orchestra, and a dance ensemble.

Anna Yuryevna Netrebko is an Austro-Russian operatic soprano. She had been known for her rendition of lyric and coloratura soprano roles, most notably Donna Anna in Mozart's Don Giovanni and Violetta in Verdi's La traviata, and proceeded into heavier 19th-century romantic roles, such as Leonora in Il trovatore and the title role in Macbeth. Since 2016, she has turned her focus to Verismo repertoire. She was noticed globally after playing Donna Anna at the 2002 Salzburg Festival and then appeared on leading stages, including the Mariinsky Theatre, where she began her career.

Lyube is a Russian rock band from Lyubertsy, a city in Moscow Oblast. Lyube's music is a mixture of several genres, with influences from both Russian folk music, rock, Russian chanson, and Soviet military songs. The band was founded in 1989, and since then have released sixteen albums. Lyube's producer and main songwriter is Igor Matviyenko.

Zhanna Vladimirovna Bichevskaya is a prominent Soviet and Russian singer and folk musician.

Anna Vladimirovna Sedokova is a Ukrainian singer, actress and television presenter of Russian origin. Sedokova came to prominence in 2002 as a member of pop girl group Nu Virgos, known in the CIS countries as VIA Gra and in which she was nicknamed Anya. Following two years in the "golden line-up" of the group, she pursued a solo music career in 2006. The singer released a string of singles until her debut album, Lichnoe, was released in 2016 to commercial success, peaking at number two in Russia.

Anna Jantar-Kukulska was a Polish singer and the mother of singer Natalia Kukulska.

Anna Sten was a Ukrainian-born American actress. She began her career in stage plays and films in Soviet Union before travelling to Germany, where she starred in several films. Her performances were noticed by film producer Samuel Goldwyn, who brought her to the United States with the aim of creating a new screen personality to rival Greta Garbo. After a few unsuccessful films, Goldwyn released her from her contract. She continued to act occasionally until her final film appearance in 1962.

Anna Gerasimova, also known by her nickname Umka, is a Russian rock singer-songwriter, the leader of the group Umka and Bronevik. She is also a poet, literary translator, literature researcher, traveler, and a significant person in the Russian hippie movement.

Apolonia "Pola" Raksa is a Polish movie star, singer, and model who was especially popular in Poland and abroad in the 1960s and 1970s. 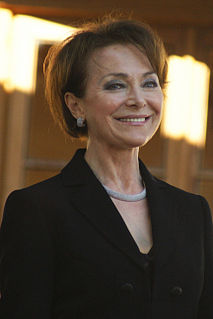 Irena Renata Anders, born Iryna Renata Jarosiewicz (Yarosevych), was a Polish stage actress and singer. During World War II she performed with Henryk Wars' troupe and later with the Polska Parada band, entertaining the Polish Armed Forces in the West. She was one of the first singers to perform the anthem, Czerwone maki na Monte Cassino.

Anne Veski is an Estonian pop singer who has recorded music in both her native language as well as Russian, and Polish. 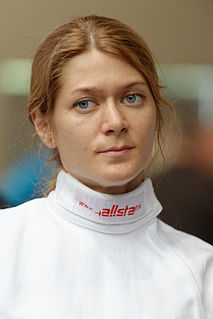 Vintage is a Russian pop group formed in 2006 by the singer Anna Pletnyova and musician Alexey Romanov.

Karin Stanek was a Polish rock and roll and beat music singer, a member of the band Czerwono-Czarni. She has been known for her charismatic performances and expressive onstage persona, and referred to as one of the symbols of Polish beat music. In the 1960s, she has achieved widespread popularity in Poland with hits like "Malowana lala", "Jimmy Joe", "Chłopiec z gitarą", "Wala twist" and "Jedziemy autostopem". In the 1970s, Stanek emigrated to Germany, where she went on to release German- and English-language material. In the 1990s, she resumed performing in Poland to much success, although remained based in Germany up until her death from pneumonia in 2011.

Anna Engelhardt (Russian: Анна Энгельгардт 14 June [O.S. 2 June] 1838-25 June [O.S. 12 June] 1903 was a Russian women's activist, writer, translator, and the compiler of the Complete German-Russian Dictionary. Having been educated at one of the few schools offering education to women, she began working in a book store and then helped found the first women's publishing cooperative in Russia. Concerned with women's issues and their ability to support themselves, after her husband was banished from Saint Petersburg, Engelhardt became involved in the women's movement and helped establish the Bestuzhev Courses for women's higher education, as well as co-founding the Women's Institute of Medicine.

Anna Bondareva is an actress, singer-songwriter, model and author. She lives and works in Paris.