The Annales de l'Institut Fourier is a French mathematical journal publishing papers in all fields of mathematics. It was established in 1949. The journal publishes one volume per year, consisting of six issues. The current editor-in-chief is Hervé Pajot. [1] Articles are published either in English or in French.

The journal is indexed in Mathematical Reviews , Zentralblatt MATH and the Web of Science. According to the Journal Citation Reports , the journal had a 2008 impact factor of 0.804. [2]

Publications Mathématiques de l'IHÉS is a peer-reviewed mathematical journal. It is published by Springer Science+Business Media on behalf of the Institut des Hautes Études Scientifiques, with the help of the Centre National de la Recherche Scientifique. The journal was established in 1959 and was published at irregular intervals, from one to five volumes a year. It is now biannual. The editor-in-chief is Claire Voisin.

The Annales Henri Poincaré is a peer-reviewed scientific journal which collects and publishes original research papers in the field of theoretical and mathematical physics. The emphasis is on "analytical theoretical and mathematical physics" in a broad sense. The journal is named in honor of Henri Poincaré and it succeeds two former journals, Annales de l'Institut Henri Poincaré, physique théorique and Helvetica Physical Acta. It is published by Birkhäuser Verlag. Its first Chief Editor was Vincent Rivasseau and the current Chief Editor is Krysztof Gawedzki.

André Haefliger is a Swiss mathematician who works primarily on topology.

The Institut d'Égypte or Egyptian Scientific Institute is a learned society in Cairo specializing in Egyptology. It was established in 1798 by Napoleon Bonaparte to carry out research during his Egyptian campaign and is the oldest scientific institute in Egypt. The building in which it was housed was burnt down, with the loss of many documents, during the Arab Spring unrest of 2011. It reopened in December 2012.

The Annales de la Faculté des Sciences de Toulouse is a peer-reviewed scientific journal covering all fields of mathematics. Articles are written in English or French. It is published by the Institut de Mathématiques de Toulouse and edited with the help of the Centre de diffusion de revues académiques mathématiques. The editor-in-chief is Vincent Guedj. The journal is abstracted and indexed in Zentralblatt MATH. 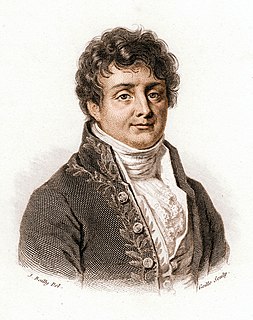 Jean-Baptiste Joseph Fourier was a French mathematician and physicist born in Auxerre and best known for initiating the investigation of Fourier series, which eventually developed into Fourier analysis and harmonic analysis, and their applications to problems of heat transfer and vibrations. The Fourier transform and Fourier's law of conduction are also named in his honour. Fourier is also generally credited with the discovery of the greenhouse effect.

David Bradley Massey is an American mathematician. He completed both his undergraduate studies and his doctoral research work at Duke University, receiving his Ph.D. in 1986 for his results in the area of complex analytic singularities under the direction of William L. Pardon.

Louis Boutet de Monvel was a French mathematician who worked on functional analysis. 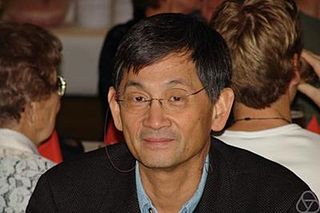 The Nouvelles Annales de Mathématiques was a French scientific journal in mathematics. It was established in 1842 by Olry Terquem and Camille-Christophe Gerono, and continued publication until 1927, with later editors including Charles-Ange Laisant and Raoul Bricard. Initially published by Carilian-Goeury, it was taken over after several years by a different publisher, Bachelier. 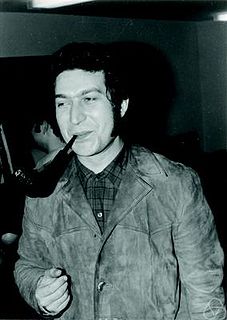 Jean-Michel Bony is a French mathematician, specializing in mathematical analysis. He is known for his work on microlocal analysis and pseudodifferential operators.

Frédéric Pham is a Vietnamese-French mathematician and mathematical physicist. He is known for the Brieskorn-Pham manifolds.

Nikolai Kapitonovich Nikolski is a Russian mathematician, specializing in real and complex analysis and functional analysis.