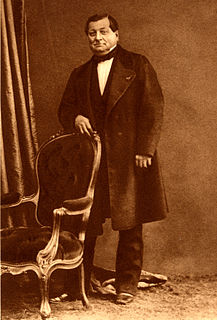 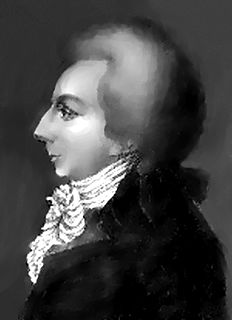 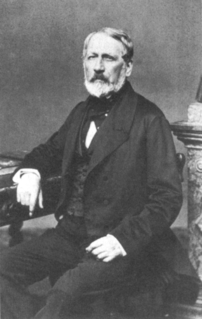 Louis Alexandre Auguste Chevrolat was a French entomologist, born 29 March 1799 at Paris and died 16 December 1884 in the same city.

The Société entomologique de France, or French Entomological Society, is devoted to the study of insects. The society was founded in 1832 in Paris, France. 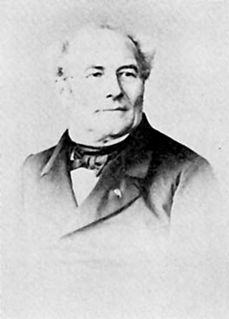 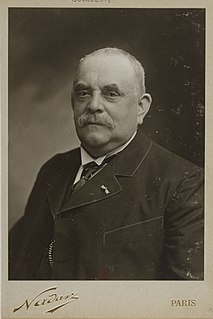 Jules Bourgeois was a French entomologist who specialised in Coleoptera. The French Academy of Sciences awarded him the Prix Thore for 1908 in recognition of his work on Chrysomela.

Jacob Rudolph Hendrik Neervoort van de Poll was a Dutch entomologist who specialised in Coleoptera. He was the vice-president of Artis, the Amsterdam zoo; a member of the Netherlands Entomological Society and the Société entomologique de France. The butterfly Troides vandepolli was named, by Samuel Constantinus Snellen van Vollenhoven, curator of the Leiden Museum, in his honour.

Paul Mabille was a French naturalist mainly interested in Lepidoptera and botany. 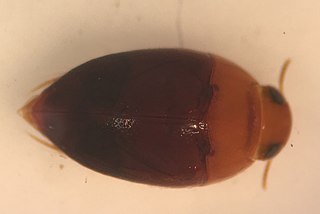 Suphisellus is a genus of beetles in the family Noteridae, containing the following species:

Francisque Guillebeau was a French entomologist, specializing in Coleoptera. 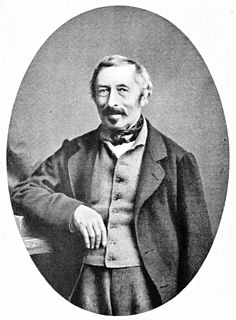 Afroeurydemus is a genus of leaf beetles in the subfamily Eumolpinae, found in Africa. The genus was separated from Eurydemus in 1965 by Brian J. Selman, who moved all African species of Eurydemus he had seen to this genus or related African genera and considered it likely that Eurydemus was restricted to Fiji. Many species were also originally placed in Syagrus. 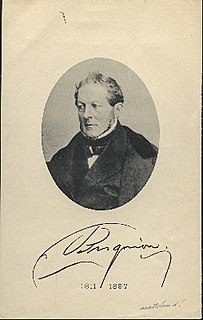 Charles-Juste Bugnion, full name Charles Juste Jean Marie Bugnion was a Swiss banker and Vaudoise political personality. He was a member of the Société Helvétique des sciences naturelles and one of the founding members of the Société entomologique de France.

Alexandre Pierret was a French entomologist who specialised in Lepidoptera. He was a Member of the Société Entomologique de France

Eumolpini is a tribe of leaf beetles in the subfamily Eumolpinae. It is the largest tribe in the subfamily, with approximately 170 genera found worldwide. They almost always have a longitudinal median groove on the pygidium, which possibly helps to keep the elytra locked at rest, and appendiculate pretarsal claws.

Eryxia is a genus of leaf beetles in the subfamily Eumolpinae. It is distributed in Africa and Western Asia.

Charles Théophile Bruand d'Uzelle was a French entomologist who specialised in microlepidoptera. He described several new species and erected the families Elachistidae, Oecophoridae and Roeslerstammiidae and the geometrid tribes Ourapterygini and Hemitheini. He was a member of the Société entomologique de France. His macrolepidoptera and Psychidae collections are held by the Natural History Museum, London and the microlepidoptera by the Musee d'Histoire Naturelle, Paris.