She was born in Paris of Italian parents, but studied in Lausanne. Her first novel came in 1967 and was called Gravé au diamant. In 1979 she received the lesser prize of the Schweizerische Schillerstiftung and by 1987 she worked for Télévision Suisse Romande. [1] [2]

Her career spanned four decades and fifteen novels, as well as dozens of plays and scripts for theatre, TV and radio. She died in 2015.

in 1995 Cuneo's novel Le trajet d’une rivière was awarded the prestigious Prix des Libraires, which celebrates the best novel published in the Francophone world each year.

Michel del Castillo is a French writer, born in Madrid.

The Prix Sorcières is an annual literary prize awarded in France since 1986 to works of children's literature in a number of categories. 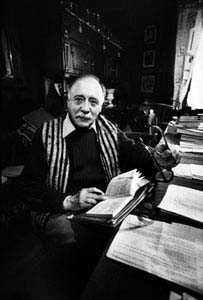 Maurice Chappaz was a French-language Swiss poet and writer. He published more than 40 books and won several literary awards, including his country's most notable award, the Grand Prix Schiller, in 1997.

Palais de Beaulieu is the historical and emblematic building of the Lausanne convention and exhibition center, located in Lausanne, in the Vaud Canton, Switzerland. The Palais is a convention centre that welcomes mainly conventions and events.

Michel Droit was a French novelist and journalist. He was the father of the photographer Éric Droit (1954–2007).

Jacques Perry was a French novelist.

Éric Alibert is a French painter, specialising in nature and animals. He is also the author of books dedicated to several important natural sites of the world. He uses watercolour, oil, acrylic as well as other techniques including the use of gold leaves.

Bernard Comment is a Swiss writer, translator, scriptwriter, and publisher of books. 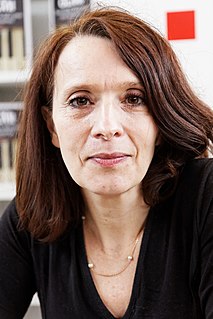 Denise Desautels is a québécoise poet and writer.

The Prix du livre politique is an annual French literary prize awarded to the best political book published. The €5,000 award was established by Lire la Société, a French group whose goal is to revive interest in public affairs. The prize announcement is one of the events of the Journée du Livre Politique, organized by the group since 1991. The prize is to promote reflection, discourse and political thought. The year 2020 marks the 18th edition of this recognition, which began in 2003.

Gérard Pussey is a French writer and novelist. 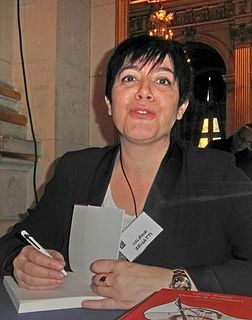 Valérie Zenatti is a French writer, translator and screenwriter.

René Morax was a Swiss writer, playwright, stage director and theatre manager. He founded the Théâtre du Jorat in Morges in 1908, and promoted historical and rural theatre in French in Switzerland. He is known for the play Le Roi David, with music by Arthur Honegger.

Asa Lanova was a Swiss dancer and Suisse Romande author.