Born in Rochefort, Charente-Maritime, France to a bilingual family, Desclos began reading in French and English at an early age. After completing her studies at the Sorbonne, she worked as a journalist until 1946 when she joined Gallimard Publishers as the editorial secretary for one of its imprints where she began using the pen name of Dominique Aury. [1]

An avid reader of English literature, Desclos either translated or introduced to readers in France such renowned authors as Algernon Charles Swinburne, Evelyn Waugh, Virginia Woolf, T. S. Eliot, F. Scott Fitzgerald and numerous others. She became a critic and was made a member of the jury for several[ quantify ] prominent literary awards.

Desclos' lover and employer Jean Paulhan, a fervent admirer of the Marquis de Sade, had made the remark to her that no woman was capable of writing an erotic novel. To prove him wrong, Desclos wrote a graphic, sadomasochistic novel that was published under the pseudonym Pauline Réage in June 1954. [2] Titled Histoire d'O ( Story of O ), with a sympathetic preface by Jean Paulhan which nevertheless did not reveal her identity, it was an enormous, though controversial, commercial success. [3] The book caused much speculation as to the identity of the author. Many doubted that it was a woman, let alone the demure, intellectual, and almost prudish persona displayed in Dominique Aury's writings. Many well-known male writers were alternately suspected to be the author, including André Malraux and Henri de Montherlant.

In addition, the book's graphic content sparked so much controversy that the following March the government authorities brought obscenity charges against the publisher and its mysterious author that were thrown out of court in 1959. However, a publicity ban and a restriction on the book's sale to minors was imposed by the judge. Following the lifting of the publicity ban in 1967, the conclusion to Story of O was published under the title Retour à Roissy using the pseudonym of Pauline Réage. However, according to her recent biography by Angie David, Desclos did not write this second novel. In 1975, she did a long interview about erotic books with author Régine Deforges, published by Story of O editor Jean-Jacques Pauvert, yet at the time her authorship was still unknown. An English-language edition of the interview was released in the United States in 1979 by Viking Press.

Eventually, Desclos publicly admitted that she was the author of The Story of O in 1994, 40 years after the book was published, in an interview with The New Yorker . [2] [4] [5] [6] She also explained the pseudonym of Pauline Réage: she chose the first name in homage to Pauline Bonaparte and Pauline Roland and she randomly picked up the name of Réage on a topographic map.

Writer of O, a 2004 documentary film by Pola Rapaport, mixed interviews with re-enactments of certain scenes from the book. In the documentary, the real author of Story of O, Dominique Aury (actually a pen name of Desclos), talks about the book A Girl in Love. This book was written about how Story of O was written.

Erotica: A Journey Into Female Sexuality , a documentary by filmmaker Maya Gallus, featured the final interview with 90-year-old Dominique Aury (a pen name of Desclos) before she died. In the film, she recounts the extraordinary love story behind Story of O and marvels that she has reached such a grand age.

Desclos had a long-term relationship with her employer Jean Paulhan, the director of the prestigious Nouvelle Revue Française , who was 23 years her senior. She was actively bisexual at times in her life. [7] She notoriously had a liaison with historian and novelist Édith Thomas, who may have been an inspiration for the character of Anne-Marie in Story of O. She had a son from a brief marriage in her early twenties.

In 2007, the National Leather Association International inaugurated awards for excellence in SM/fetish/leather writing. The categories include the Pauline Reage (a pen name of Desclos) award for fiction novel. [4] [5] [8]

Laura Antoniou is an American novelist. She is the author of The Marketplace series of BDSM-themed novels, which were originally published under the pen name of Sara Adamson.

Jean Paulhan was a French writer, literary critic and publisher, director of the literary magazine Nouvelle Revue Française (NRF) from 1925 to 1940 and from 1946 to 1968. He was a member of the Académie française. He was born in Nîmes (Gard) and died in Paris. 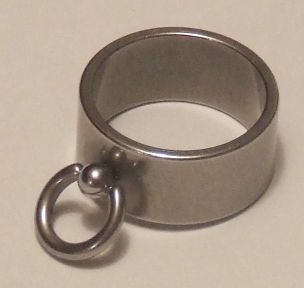 Guido Crepas better known by his nom de plumeGuido Crepax, was an Italian comics artist. He is most famous for his character Valentina, created in 1965 and very representative of the spirit of the 1960s. The Valentina series of books and strips became noted for Crepax's sophisticated drawing, and for the psychedelic, dreamlike storylines, generally involving a strong dose of erotism. His work was often politically motivated too, inspired by his Communist convictions. A film based on his work called Baba Yaga, featuring the character Valentina, was made in 1973.

Édith Thomas was a French novelist, archivist, historian and journalist. 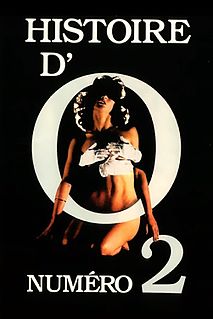 Ros Schwartz is an English literary translator, who translates Francophone literature into English. In 2009 she was awarded the Chevalier d’Honneur dans l’Ordre des Arts et des Lettres for her services to French literature.