Annette Schlünz (born 23 September 1964) is a German musician and composer.

Schlünz was born in Dessau, East Germany. She studied music at the Dresden Music School from 1983 to 1987 with Udo Zimmermann and at the Academy of Arts in Berlin from 1988 to 1991 with Paul-Heinz Dittrich. She also studied with Iannis Xenakis at Darmstadt and Helmut Lachenmann in Stuttgart. [1]

Schlünz took a teaching position at the Dresden Center for Contemporary Music in 1987 and taught at the Dresden Music School from 1987 to 1992. She went on a concert and lecture tour in South America in 1996, and also appeared in Denmark, France, Spain, the USA, and Vietnam in 2001. She has also lectured at the electronic music studio of the Academy of Arts in Berlin, the Brandenburg Colloquium, the Akademie Schloss Solitude in Stuttgart and the German Academy at the Villa Massimo in Rome. She was composer-in-residence at GRAME Centre National de Création Musicale in Lyon in 2005. [2]

Her work has been recorded and issued on CD, including:

Alfred Whitford (Fred) Lerdahl is the Fritz Reiner Professor of Musical Composition at Columbia University, and a composer and music theorist best known for his work on musical grammar and cognition, rhythmic theory, pitch space, and cognitive constraints on compositional systems. He has written many orchestral and chamber works, three of which were finalists for the Pulitzer Prize for Music: Time after Time in 2001, String Quartet No. 3 in 2010, and Arches in 2011.

William Jay Sydeman is an American composer. Born in New York, he studied at the Mannes School of Music, where he later taught composition (1960–1970). Winning early acclaim for his avant-garde music, he felt trapped by the prevailing orthodoxies and moved to California in 1970, beginning a period of wandering during which he also studied Buddhism and Anthroposophy. He joined ASCAP in 1975. In 1981 he settled in Sacramento and resumed composition at his former prolific rate, having newly embraced a neotonal musical language. He currently resides in Mendocino.

Marc Sabat is a Canadian composer based in Berlin since 1999.

Samuel Andreyev is a Canadian composer and writer residing in France.

Edith Canat de Chizy is a French composer, born in Lyon and now based in Paris. She was the first female composer to be elected a member of the Académie des Beaux-Arts. 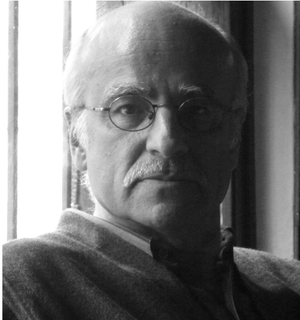