Annie Armstrong was born in Baltimore, Maryland [1] to tobacconist John Dunn Armstrong and his wife Mary Elizabeth (Walker) Armstrong. She also had a brother named James. [2] She came from a long line of prominent Baptists including her great-great-grandfather Henry Sater who helped establish the first Baptist church in Maryland. [2] At the age of 20, she accepted Christ as her Savior under the preaching of Dr. Richard Fuller at Seventh Baptist Church (now Seventh Metro Church). It was there that she had a "born again" experience and was equipped to be a missionary. [1] Later, she was among 100 Seventh Baptist Church members who established Eutaw Place Church (now Woodbrook Baptist Church). [2] The church was pastored by Richard Fuller, the third president of the Southern Baptist Convention, [3] who was heavily involved in missionary activities. [4]

In 1888, Armstrong led the creation of the Woman's Missionary Union, helping draft the constitution and serving as its first correspondent secretary (a position that functioned as executive director). [5]

In her role as the head of the organization, Annie Armstrong facilitated communication between denominational leaders, local congregations and missionaries on the field. She was an extensive letter writer, handwriting 18,000 letters in one year alone. [6]

During her tenure as head of the WMU, Armstrong refused a salary and traveled extensively at her own expense on behalf of the WMU. [2] Annie was a tireless advocate for missionaries rallying the churches to support mission work through prayer and sacrificial giving. She personally visited missionaries serving throughout the U.S. and carried their stories back to the churches and state conventions through her eyewitness accounts and by circulating their letters. It was due to the efforts of Annie and the women of WMU that the annual Easter mission offering was established in the Southern Baptist Churches in 1895.

Annie retired from WMU in 1906. [7] It was through the steely determination of Annie and many other like-minded Southern Baptist women that WMU had been forged against often fierce opposition from the male SBC leadership. The mid to late 1800s were times when public female leadership was virtually unknown. Throughout Annie's career she had successfully gained a growing SBC support due to her Christ-like passion and record for achieving results. Yet, controversy had remained as her intentions and decisions were at times questioned, misunderstood and publicly aired in various Baptist state newspapers.

In the early 1900s as WMU was continuing to evolve as an organization, there were conflicts over the path forward. To Annie, it seemed her days in leadership were now over precipitating her abrupt decision to step down. She remained very active in her local congregation and in extensive missions work in the city of Baltimore for the remainder of her life. [8]

In 1934, WMU recognized her lifetime of work by naming the annual Easter offering for home missions in her honor. Thus, the Annie Armstrong Easter Offering was born with every dollar going to support missions work throughout the U.S. and Canada.

Annie Armstrong died on December 20, 1938, in Baltimore, the year the WMU celebrated its fiftieth anniversary. [6] She was buried in historic Green Mount Cemetery, with her parents and elder siblings. She has been inducted into the Maryland Women's Hall of Fame, and Southern Baptist churches continue to annually collect the Easter Offering for North American Missions in her name. [9]

The Cooperative Baptist Fellowship (CBF) is a Christian fellowship of Baptist churches formed in 1991. Theologically moderate, the CBF withdrew from the Southern Baptist Convention (SBC) over philosophical and theological differences, such as the SBC prohibition of women serving as pastors. The Cooperative Baptist Fellowship claims approximately 1,900 partner churches. The CBF is involved with the Baptist Center for Ethics, Baptist Joint Committee for Religious Liberty, the Baptist World Alliance and 15 Baptist seminaries and divinity school programs which have emerged in the wake of the conservative direction taken by the six SBC seminaries. The CBF headquarters are located in Decatur, Georgia.

Bellevue Baptist Church is a large Southern Baptist megachurch in the Cordova area of Memphis, Tennessee, United States. Bellevue is the largest church in Memphis and is one of the leading churches in the Southern Baptist Convention. Bellevue's goals are to "Love God, Love People, Share Jesus, and Make Disciples." The church's head pastor has been Steve Gaines since 2005. 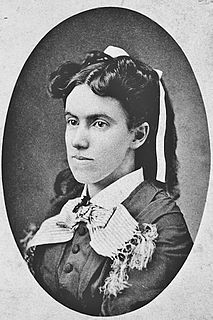 Charlotte Digges "Lottie" Moon was a Southern Baptist missionary to China with the Foreign Mission Board who spent nearly 40 years (1873–1912) living and working in China. As a teacher and evangelist she laid a foundation for traditionally solid support for missions among Southern Baptists, especially through its Woman's Missionary Union.

L. Paige Patterson served as the fifth president of Southeastern Baptist Theological Seminary in Wake Forest, N.C., from 1992 to 2003, as president of the Southern Baptist Convention (SBC) from 1998 to 2000, and as the eighth president of the Southwestern Baptist Theological Seminary in Fort Worth, Texas, from 2003 until his firing in 2018. He played a major role in the Southern Baptist "conservative resurgence", called "Fundamentalist Takeover" by opponents. He has been alternately described as a fundamentalist and a conservative evangelical.

The International Mission Board is a Baptist Christian missionary society affiliated with the Southern Baptist Convention (SBC). The headquarters is in Richmond, Virginia, United States.

Woman's Missionary Union (WMU) is an auxiliary of the Southern Baptist Convention that was founded in 1888. It is the largest Protestant missions organization for women in the world.

Alma Hunt was executive secretary of the Southern Baptist Convention Woman's Missionary Union from 1948 to 1974.

The Kansas-Nebraska Convention of Southern Baptist (KNCSB) is a group of churches affiliated with the Southern Baptist Convention located in the U.S. state of Kansas and Nebraska. Headquartered in Topeka, Kansas, the convention is made up of 13 Baptist associations and more than 400 churches as of 2010.

The State Convention of Baptists in Indiana (SCBI) is a group of churches affiliated with the Southern Baptist Convention located in the U.S. state of Indiana. Headquartered in Indianapolis, it is made up of about 400 churches and 14 Baptist associations. 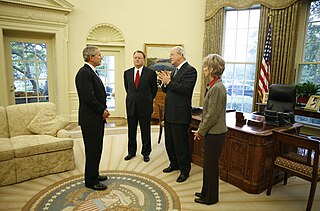 Frank S. Page was president of the Southern Baptist Convention (SBC) from 2006 to 2008. Page announced his retirement on March 27, 2018, admitting to "a personal failing" that involved a "morally inappropriate relationship."

The Baptist Convention of Zimbabwe is a Baptist Christian denomination in Zimbabwe. It is affiliated with the Baptist World Alliance. The headquarters is in Gweru.

Clyde J Dotson (n.d-1982) was a Baptist missionary who served in Zimbabwe when it was still Rhodesia and led the formation of the Rhodesian Mission Board and the Baptist Convention of Zimbabwe. Dotson died in 1982 and was buried in Alabama.

Annie Armstrong at Find a Grave