Anthology Film Archives is an international center for the preservation, study, and exhibition of film and video, with a particular focus on independent, experimental, and avant-garde cinema. [1] The film archive and theater is located at 32 Second Avenue on the southeast corner of East 2nd Street, in a New York City historic district in the East Village neighborhood of Manhattan.

Anthology Film Archives evolved from roots and visions that date from the early 1960s, when Lithuanian artist Jonas Mekas, the founder and director of the Film-makers’ Cinematheque, a showcase for avant-garde films, dreamed of establishing a permanent home where the growing number of new independent and avant-garde films could be shown on a regular basis. This dream became a reality in 1969 when Jerome Hill, P. Adams Sitney, Peter Kubelka, Stan Brakhage, and Mekas drew up plans to create a museum dedicated to the vision of the art of cinema as guided by the avant-garde sensibility. A Film Selection committee – James Broughton, Ken Kelman, Kubelka, Mekas, and Sitney – was formed to establish a definitive collection of films (The Essential Cinema Repertory) and to determine the structure of the new institution. [2]

Anthology opened on November 30, 1970, at Joseph Papp's Public Theater with Jerome Hill as its sponsor. After Hill's death in 1974, Anthology relocated to 80 Wooster Street in SoHo. Pressed by the need for more adequate space, it acquired its present home, a former municipal courthouse, in 1979. Under the guidance of the architects Raimund Abraham and Kevin Bone and at a cost of $1,450,000, the building was adapted to house two motion picture theaters, a reference library, a film preservation department, offices, and a gallery, opening to the public on October 12, 1988. [2]

Anthology Film Archives screens nearly 1,000 public programs annually; features weekly in-person appearances by artists with their work; and publishes historical and scholarly books and catalogs. Anthology maintains an invaluable collection of approximately 20,000 films and 5,000 videotapes and preserves 25-35 films each year with more than 900 titles preserved to date. Anthology's research library holds the world's largest collection of paper materials documenting the history of American and international film and video as art, and is accessed weekly by students, scholars, researchers, writers, artists, and curators. [1]

Notable artists represented in the collection

Manhattan Third District Magistrate's Courthouse and Jail, aka New Essex Market Courthouse, at 32 Second Avenue (aka 43-45 East 2nd Street), opened on April 30, 1919. [4] The three-story brick and terra cotta building was designed in the Renaissance Revival style by Alfred Hopkins, author of a book on prison construction. [5] The design replaced a more ambitious 1913 plan for a 14-story municipal tower. [6] [7] : 246–47

One of the most notorious gang murders in a neighborhood then notorious for its gangs occurred outside the courthouse doors on August 28, 1923, when "Kid Dropper" was assassinated by gunman Louis Cohen. [8] [9]

The court relocated after February 1946, and the building became a youth center for the Police Athletic League. [10] After 1948, the building was known as the Lower Manhattan Magistrate's Courthouse. [7]

The building lies within the East Village/Lower East Side Historic District, designated by the New York City Landmarks Preservation Commission in 2012. [7]

In the 2004 film Spider-Man 2 , the Anthology Film Archives building was used as the exterior of Doctor Octopus' laboratory. [11]

James Stanley Brakhage was an American filmmaker. He is considered to be one of the most important figures in 20th-century experimental film. 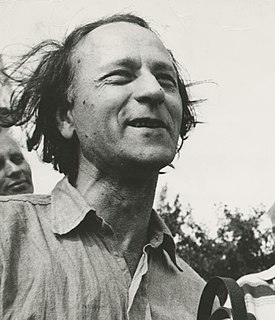 Jonas Mekas was a Lithuanian-American filmmaker, poet, and artist who has been called "the godfather of American avant-garde cinema". Mekas' work has been exhibited in museums and at festivals worldwide.

An underground film is a film that is out of the mainstream either in its style, genre or financing.

Structural film was an avant-garde experimental film movement prominent in the United States in the 1960s and which developed into the Structural/materialist films in the United Kingdom in the 1970s.

Wavelength is a 45-minute film by Canadian experimental filmmaker and artist Michael Snow. Considered a landmark of avant-garde cinema, it was filmed over one week in December 1966 and edited in 1967, and is an example of what film theorist P. Adams Sitney describes as "structural film", calling Snow "the dean of structural filmmakers."

P. Adams Sitney, is a historian of American avant-garde cinema. He is known as the author of Visionary Film, one of the first books on the history of experimental film in the United States. 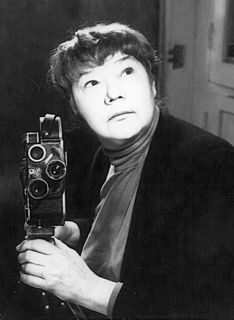 Marie Menken was an American experimental filmmaker, painter, and socialite. She was noted for her unique filming style that incorporated collage. She was one of the first New York filmmakers to use a hand-held camera and trained Andy Warhol on its use. Her film Glimpse of the Garden was selected for preservation in the National Film Registry by the Library of Congress. 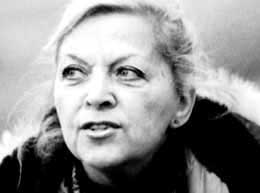 Storm de Hirsch (1912–2000) was an American poet and filmmaker. She was a key figure in the New York avant-garde film scene of the 1960s, and one of the founding members of the Film-Makers' Cooperative. Although often overlooked by historians, in recent years she has been recognized as a pioneer of underground cinema.

The Millennium Film Workshop is a non-profit media arts center located in New York City. It is dedicated to the exhibition, study, and practice of avant-garde and experimental cinema. It was also where the St. Mark's Poetry Project began. Ken Jacobs stated in 2013 that he chose the name Millennium "...because it would have to be that to actually give out equipment, education, space to work in, etc. for free. Dictionary definition: 'A hoped for period of joy, serenity, prosperity and justice.' " 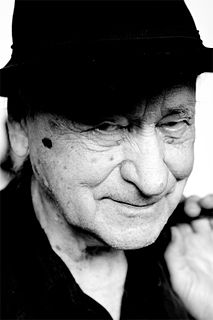 American artist Joseph Cornell (1903–1972) is justifiably best known for his boxes which constitute a singular contribution to the Surrealist canon and to the art of assemblage. However, he also pursued experimental film-making as an amateur beginning in the 1930s. Cornell was the principal pioneer of collage films in a purely artistic sense and, although the introduction of his films into the public forum was relatively late compared to when they were made, his work as a filmmaker has been widely influential. 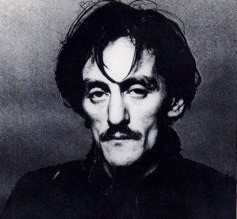 Jerry Jofen (1925–1993) was an American painter, collagist, and experimental filmmaker.

Sally Foy Dixon was an American arts administrator, curator, and advocate of American experimental film and filmmakers. She was a Film Curator at Carnegie Museum of Art in Pittsburgh, Pennsylvania from 1970 to 1975 and interim director of Film in the Cities in Minneapolis, Minnesota, from 1978 to 1979. She also served as Director of the Bush Foundation for Artist Fellowships from 1980 to 1996 and was a consultant for the Pew Charitable Trusts, The MacArthur Foundation, the Herb Foundation, and the Leeway Foundation.

Our Trip to Africa is a 1966 Austrian avant-garde short film by Peter Kubelka, originally commissioned as a travel diary documenting a wild game hunt. Kubelka used intricate editing strategies to produce a work about anti-colonialism.

The End is a 1953 American short film directed by Christopher Maclaine. It tells the stories of six people on the last day of their lives. It premiered at the San Francisco Museum of Modern Art as part of Frank Stauffacher's Art in Cinema series. Though the film met audience disapproval at its premiere, it was praised by critics as a "masterpiece" and "a great work of art".

Anticipation of the Night is a 1958 American avant-garde film directed by Stan Brakhage. It was a breakthrough in the development of the lyrical style Brakhage used in his later films.

Wikimedia Commons has media related to Anthology Film Archives .
This page is based on this Wikipedia article
Text is available under the CC BY-SA 4.0 license; additional terms may apply.
Images, videos and audio are available under their respective licenses.