Anthrozoology (also known as human–non-human-animal studies, or HAS) is the subset of ethnobiology that deals with interactions between humans and other animals. It is an interdisciplinary field that overlaps with other disciplines including anthropology, ethnology, medicine, psychology, veterinary medicine and zoology. A major focus of anthrozoologic research is the quantifying of the positive effects of human–animal relationships on either party and the study of their interactions. [1] It includes scholars from fields such as anthropology, sociology, biology, history and philosophy. [2] [3] [4]

Anthrozoology scholars, such as Pauleen Bennett recognize the lack of scholarly attention given to non-human animals in the past, and to the relationships between human and non-human animals, especially in the light of the magnitude of animal representations, symbols, stories and their actual physical presence in human societies. Rather than a unified approach, the field currently consists of several methods adapted from the several participating disciplines to encompass human–nonhuman animal relationships and occasional efforts to develop sui generis methods.

Growth of the field

In the UK, the University of Exeter runs an MA in Anthrozoology which explores human–animal interactions from anthropological (cross-cultural) perspectives. Human animal interactions (HAI) involving companion animals are also studied by the Waltham Centre for Pet Nutrition, which partners with the US National Institutes of Health to research HAI in relation to child development and aging. [7]

There are now over a dozen journals covering HAS issues, many of them founded in the last decade, and hundreds of HAS books, most of them published in the last decade (see for example, Humanimalia). Brill, Berg, Johns Hopkins, Purdue, Columbia, Reaktion, Palgrave-Macmillan, University of Minnesota, University of Illinois, and Oxford all offer either a HAS series or a large number of HAS books.

In addition, in 2006, Animals and Society Institute (ASI) began hosting the Human-Animal Studies Fellowship, a six-week program in which pre- and post-doctoral scholars work on a HAS research project at a university under the guidance of host scholars and distance peer scholars. Beginning in 2011, ASI has partnered with Wesleyan Animal Studies, who will be hosting the fellowship in conjunction with ASI. There are also a handful of HAS conferences per year, including those organized by ISAZ and NILAS, and the Minding Animals conference, held in 2009 in Australia. Finally, there are more HAS courses being taught now than ever before. The ASI website lists over 300 courses (primarily in North America, but also including Great Britain, New Zealand, Australia, Germany, and Poland) in twenty-nine disciplines at over 200 colleges and universities, not including over 100 law school courses.

Zooarchaeology, also known as faunal analysis, is the branch of archaeology that studies remains of animals from archaeological sites. Faunal remains are the items left behind when an animal dies. These include bones, shells, hair, chitin, scales, hides, proteins and DNA. Of these items, bones and shells are the ones that occur most frequently at archaeological sites where faunal remains can be found. Most of the time, most of the faunal remains do not survive. They often decompose or break because of various circumstances. This can cause difficulties in identifying the remains and interpreting their significance. 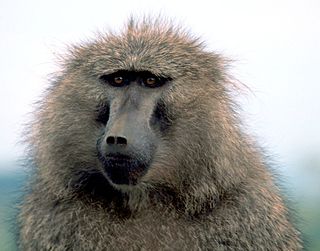 Primatology is the scientific study of primates. It is a diverse discipline at the boundary between mammalogy and anthropology, and researchers can be found in academic departments of anatomy, anthropology, biology, medicine, psychology, veterinary sciences and zoology, as well as in animal sanctuaries, biomedical research facilities, museums and zoos. Primatologists study both living and extinct primates in their natural habitats and in laboratories by conducting field studies and experiments in order to understand aspects of their evolution and behaviour.

Animal studies is a recently recognised field in which animals are studied in a variety of cross-disciplinary ways. Scholars who engage in animal studies may be formally trained in a number of diverse fields, including geography, art history, anthropology, biology, film studies, geography, history, psychology, literary studies, museology, philosophy, communication, and sociology. They may engage with questions about literal animals, or about notions of "animality" or "brutality," employing various theoretical perspectives, including feminism, Marxist theory, and queer theory. Using these perspectives, those who engage in animal studies seek to understand both human-animal relations now and in the past, and to understand animals as beings-in-themselves, separate from our knowledge of them. Because the field is still developing, scholars and others have some freedom to define their own criteria about what issues may structure the field.

Ethnoecology is the scientific study of how different groups of people living in different locations understand the ecosystems around them, and their relationships with surrounding environments.

Animal geography is a subfield of the nature-society/human-environment branch of geography as well as a part of the larger, interdisciplinary umbrella of Human-Animal Studies (HAS). Animal geography is defined as the study of “the complex entanglings of human-animal relations with space, place, location, environment and landscape” or “the study of where, when, why and how nonhuman animals intersect with human societies.” Recent work advances these perspectives to argue about an ecology of relations in which humans and animals are enmeshed, taking seriously the lived spaces of animals themselves and their sentient interactions with not just human but other nonhuman bodies as well. The Animal Geography Specialty Group of the Association of American Geographers was founded in 2009 by Monica Ogra and Julie Urbanik. The Animal Geography Research Network was founded in 2011 by Daniel Allen.

Ethnozoology is the study of the past and present interrelationships between human cultures and the animals in their environment. It includes classification and naming of zoological forms, cultural knowledge and use of wild and domestic animals. It is one of the main subdisciplines of ethnobiology and shares many methodologies and theoretical frameworks with ethnobotany.

Agustín Fuentes is an American primatologist and biological anthropologist at the University of Notre Dame. His work focuses largely on human and non-human primate interaction, pathogen transfer, communication, cooperation, and human social evolution.

Animal studies is the interdisciplinary study of animals including anthropology, biology, history, psychology, and philosophy.

Critical animal studies (CAS) is an interdisciplinary scientific field and theory-to-activism global community, which originated at the beginning of the 21st century. The core interest of CAS is ethical reflection on relations between people and other animals, firmly grounded in intersectionality and anarchism. Its aim is to integrate academic research with political engagement and activism. As it overlaps with a number of other disciplines, CAS includes scholars from a diverse range of fields, as well as animal rights activists. One of the main topics of the CAS include the animal industrial complex.

Kendra Coulter is a Canadian labour studies scholar with a background in anthropology who is currently an associate professor at the Centre for Labour Studies at Brock University. She is the author of Revolutionizing Retail: Workers, Political Action, and Social Change (2014) and Animals, Work, & the Promise of Interspecies Solidarity (2016). In the latter book, Coulter develops the concepts of interspecies solidarity and humane jobs.

Diane Gifford-Gonzalez is an American archaeologist who specializes in the field of zooarchaeology. Her research has included fieldwork near Lake Turkana, northwestern Kenya, and her research often touches on the question of animal domestication and the origins and development of African pastoralism.

James A. Serpell is professor of Animal Ethics and Welfare at the University of Pennsylvania. He lectures in the School of Veterinary Medicine on veterinary ethics, applied animal behavior and welfare, and human-animal interactions. Serpell also directs the Center for the Interaction of Animals and Society (CIAS). Serpell was a founder of The International Society for Anthrozoology(ISAZ) and remains on the board.