The commune is located in the southern part of the county, on the border with Brașov and Sibiu counties. Its neighbors are as follows: [2] 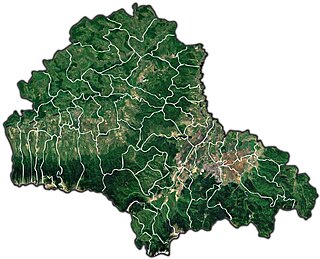 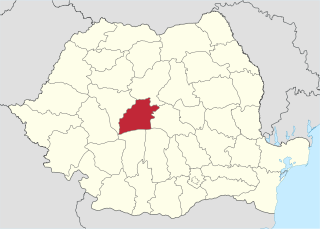 The Hârtibaciu is a river in the Transylvania historical region of Romania. It develops in the South Carpathians and flows into the Cibin, a tributary of the Olt, in Mohu, southeast of Sibiu. It flows through the towns and villages Bărcuț, Retiș, Brădeni, Netuș, Agnita, Benești, Alțâna, Nocrich, Hosman, Cornățel and Cașolț. Its length is 110 km (68 mi) and its basin size is 1,025 km2 (396 sq mi).

Văleni or Vălenii may refer to several places in Romania:

Breaza may refer to several places in Romania:

Sebeș may refer to several places and rivers in Romania:

Sard is a dark reddish-brown variety of the mineral chalcedony, similar to carnelian. 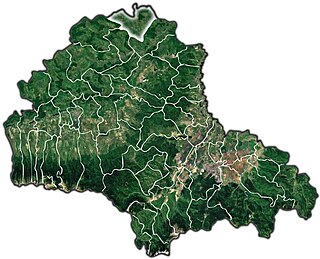 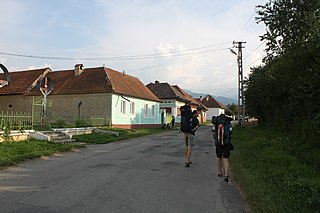 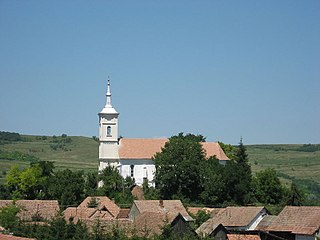 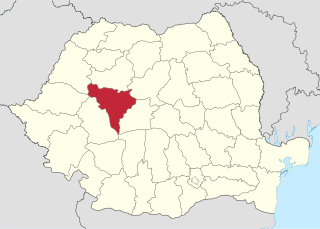 Daia is a commune in Giurgiu County, Romania

Făgăraș County is one of the historic counties of Transylvania, Romania. The county seat was Făgăraș. 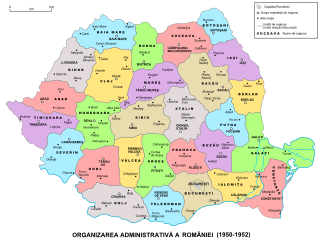 Regiunea Stalin was one of the administrative divisions of the People's Republic of Romania. It was established in 1950, in the Soviet style of territorial organization, and was named after Joseph Stalin. Its name was changed to Brașov Region in 1960, and it was disestablished in 1968.