Aram (Persian : آرام‎, full name: Azam Mirhabibi, اعظم میرحبیبی; born 1953) [1] is an Iranian film actress. she began her career in Iran starring in the film Gorg-e bizar and went on to star in the film Aghaye jahel . [2] [3] Her breakthrough role was in the 1978 film Hokm-e tir as Behjat. [4]

Noeline Mabel Brown credited also as Noelene Brown, is an Australian actress and comedian. She has appeared in numerous films, television shows theatrical productions and radio programs dating back to 1959.

Alec Christie is a British actor. He started acting at the age of ten appearing on stage at the Birmingham Repertory Theatre as young Herbert Pocket in Great Expectations. At the age of twelve he was cast as Tolly in the BBC adaptation of Lucy M. Boston's The Children of Green Knowe. He went on to appear alongside Richard Griffiths, Frances de la Tour and Tim Healy in the situation comedy A Kind of Living.

Jodie Evans is an American political activist, author, and documentary film producer. She characterizes her activism as working for peace and justice, environmental causes and women's rights. She has traveled extensively promoting what she terms the conflict resolution by peaceful means—including leading "citizen diplomacy" delegations to Iran, the Gaza Strip, and Afghanistan. 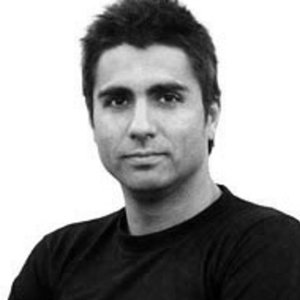 Hamid Farrokhnezhad is an Iranian actor, writer and director. He graduated from the Theatre Director program in Tehran University's Fine Arts Department. His practical thesis was based on the Bertolt Brecht play He Said Yes / He Said No and his theoretical thesis was titled Theater in the East

Miss Island Queen is a fa'afafine pageant held annually in American Samoa. It is noted for being the longest standing pageant of its kind in the South Pacific. It was first held in 1979 before undergoing a series of changes. No pageant was held in 1980 and 1982 as it endured shifts in ownership. It was canceled in 1986 due to a tropical cyclone and ceased again in 1999 and 2002 when it struggled with funding. In 1996 It was held simultaneously on the same evening as another fa'afafine pageant Empress of Samoa. In 2008 the pageant coincided with the Festival of Pacific Arts and became the closing event of festivities. After undergoing extensive reestablishment in 2010 the pageant has since been held during Flag Day week and broadcast live on KVZK-2. It is now known as Miss SOFIAS and maintains yearly advocacy and charity programs.

Lee Towndrow is a visual artist based in New York City. He has photographed Lena Dunham, Martin Amis, Dan Brown, Michael Chabon, and Sheila Heti. He was the cinematographer for the title sequence and reenactments in the film Going Clear: Scientology and the Prison of Belief His work has appeared in Time Magazine, The Paris Review, Das Magazin. He has worked as a visual effects artist on the feature film Carol (film), commercial campaigns for BMW, HONOR NYC, Morgan Stanley, TD Bank.

Apostol Trpeski is a Macedonian cinematographer.

Danielle Thompson is a British actress, glamour model and TV presenter best known for her appearances in the Daily Sport and Sunday Sport newspapers.

Kathleen Garrett is an American actress, author and voice-over talent.

Visvaldis George Nagobads is a physician best known for his role as the team doctor for the 1980 US hockey team that won the gold medal at Lake Placid. Born in Latvia, Nagobads was educated at University of Tübingen in Germany, before immigrating to the US in 1951, where he began his surgical residency at the University of Minnesota. Nagobads took a position with the Golden Gophers hockey program in 1958, where he met Herb Brooks, the eventual coach of the Gophers and the 1980 US team, who was playing for the university at the time. The longtime friendship and working relationship with Brooks culminated in Nagobads being named team physician for the 1980 squad at Lake Placid. He was inducted into the US Hockey Hall of Fame as an individual in 2010 and as part of the 1980 US team, which was inducted en masse in 2003.

Olga Kurkulina is a Soviet-born Israeli high-jumper, bodybuilder and actress.

Craig Annis is an Australian radio and television personality. He hosts the breakfast show Craig & Mandy with Mandy Coolen from 5.30am till 9am on The Central Coast's Star 104.5. He was a Roving Reporter on Live on Bowen with longtime comedy partner Stefan Taylor with whom he had a Triple M Brisbane show with called Stefan & Craig and an RMITV show called Stefan and Craig Slightly Live. Annis was also a radio presenter on SAFM.

Geoff Marslett is an American film director, writer, producer, animator and actor. His early career started with the animated short Monkey vs. Robot which was distributed internationally by "Spike and Mike's Classic Festival of Animation" on video. and "Spike and Mike's Sick and Twisted Festival of Animation" in theatres. More recently he directed several successful narrative feature films including MARS and Loves Her Gun, as well as producing and acting in the experimental documentary Yakona. He appears onscreen in Josephine Decker's Thou Wast Mild and Lovely which is being released theatrically in 2014. He currently resides in Austin, Texas and splits his time between filmmaking and teaching at the University of Colorado at Boulder.

Stanislav Aleksandrovich Solovkin is a Russian journalist, director and producer. He is best known for his work on "Last Hero," "Wait for me" and other popular television broadcasts.

Dane Allan Smith is a Canadian visual effects producer. He is known for his work on Deadpool (2016), Lovecraft Country and Aquaman (film). Dane currently serves as Vice President at THE THIRD FLOOR.