Ardahan Province (Turkish : Ardahan ili, Kurdish : Parêzgeha Erdêxanê, [2] Azerbaijani : Ərdəhan rayonu) is a province in the north-east of Turkey, bordering Georgia and Armenia. The provincial capital is the city of Ardahan.

With 94,932 inhabitants in 2021, Ardahan was the third least populated city after Bayburt and Tunceli in Turkey. [3] Ardahan Province is populated by Azerbaijanis, Kurds and Turks. However, the area was heterogeneous prior to World War I and the Armenian genocide.

The first surviving record about this region is attributed to Strabo, who calls it Gogarene (Gugark) and mentions that it was a part of the Armenia, taken away from the Kingdom of Iberia. [11] [12] In the Middle Ages Ardahan served as an important transit point for goods arriving from the Abbasid Caliphate and departing to the regions around the Black Sea. During the 8th to 10th centuries the region was in hands of the Bagrationi princes of Tao-Klarjeti, and later part of Kingdom of Georgia between 11th to 15th centuries. It was a theatre of war during the Byzantine-Georgian wars. According to the Arab historian Yahya of Antioch, the Byzantines razed Ardahan and slaughtered its population in 1021. [12] The Mongols took hold of the region in the 1230s but the Georgian princes of Samtskhe were able to recapture it in 1266. As a result of Peace of Amasya, signed in 1555, Ardahan passed to Ottoman hands and reorganized into the Ardahan sanjak as part of eyalet of Childir. In 1578 Ottomans appointed the former Georgian prince, Manuchar (who took the name of Mustafa after converting to Islam) as the first governor. [13] From 1625 onwards the entire eyalet was a hereditary possession of the now-Muslim atabegs of Samtskhe, [14] which administered it as hereditary governors, with some exceptions, until the mid-18th century. [13]

The construction of the Baku–Tbilisi–Ceyhan pipeline gave the local economy a brief boost from 2000 onwards.

Ardahan province is located in the far north east of Turkey, where the eastern extremity of the high plateau of Eastern Anatolia converges with the Lesser Caucasus mountain range. It is consequently an area of very high altitude and severe winters. This is attractive open countryside which however spends many months of the year under snow. At this altitude temperatures on average reach −20 °C (−4 °F) and can drop below freezing all year round, including summer months.

The local economy depends on farming and raising livestock. Until 1993 Ardahan was a district of the province of Kars, becoming a province in its own right has meant more investment in infrastructure

There are two crossing points into the Samtskhe–Javakheti district of Georgia, one at Posof and the other (currently closed) at Çıldır. The Turkish military have a strong presence in this border district, another boost to the local economy.

The predominant climate in the Ardahan province is humid continental climate (Köppen climate classification Dfb) bordering on a subarctic climate (Dfc), with most large settlements in the province being located in lowest possible elevation areas, in attempt to avoid the year-round cold temperatures, thus staying just below the subarctic limit. Smaller locales, districts, villages and a significant portion of the landscape, exhibits a true subarctic climate (Dfc), being the second most widespread climate in the region. [15]

Ardahan province is divided into 6 districts (capital district in bold):

There is a unique natural incident, between mid of June and mid July during sunset, depending on angles of the sunrays. An image resembling the silhouette of Atatürk's face can be seen as a shadow on the hillside. It was first seen by a shepherd who was with his herd over the hill. [16] 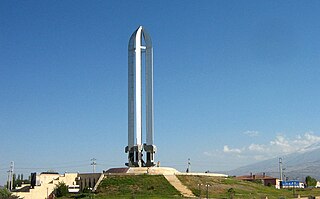 Artvin is a city in northeastern Turkey about 30 kilometres inland from the Black Sea. 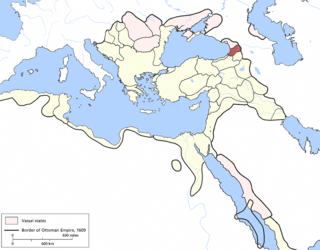 The Eyalet of Childir or Akhalzik was an eyalet of the Ottoman Empire in the Southwestern Caucasus. The area of the former Çıldır Eyalet is now divided between Samtskhe-Javakheti and the Autonomous Republic of Adjara in Georgia and provinces of Artvin, Ardahan and Erzurum in Turkey. The administrative center was Çıldır between 1578 and 1628, Ahıska between 1628 and 1829, and Oltu between 1829 and 1845.

Ardahan is a city in northeastern Turkey, near the Georgian border. 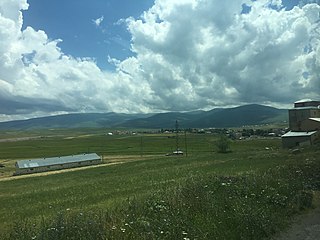 Çıldır is a district of Ardahan Province of Turkey.

Göle is a small city and surrounding district in Ardahan Province of Turkey. The city was formerly known as Merdenik, Merdinik or Ardahan-ı Küçük.

Oltu is a town and district of Erzurum Province in the Eastern Anatolia region of Turkey. The mayor is Necmettin Taşçı, from the AKP. The population was 31,087 in 2020. 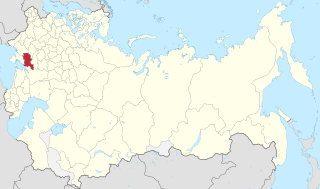 Ghaibalishen or Qaybali is a village that is, de facto, in the Shushi Province of the Republic of Artsakh; de jure, it is part of the Shusha District of Azerbaijan, in the disputed region of Nagorno-Karabakh. 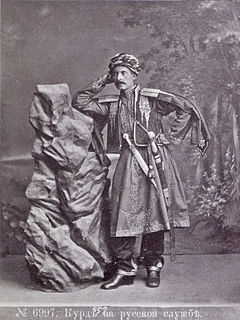 Edegül is a village in the central district of the Ardahan Province of Turkey.

Wierland County was one of the four counties of the Russian Empire located in the Governorate of Estonia. It was situated in the eastern part of the governorate. Its capital was Rakvere (Wesenberg). The territory of Kreis Wierland corresponds to most parts of the present-day Ida-Viru and Lääne-Viru counties and a small part of Jõgeva County.

Harrien County was one of the four counties of the Russian Empire located in the Governorate of Estonia. It was situated in the central part of the governorate. Its capital was Tallinn (Reval), which was the capital of the governorate as well. The territory of Kreis Harrien corresponds to the present-day Harju County and most parts of Rapla County.

The S13 route, also known as "Akhalkalaki-Kartsakhi", is a 36.5 kilometres (22.7 mi) highway route of "international importance" in southern Georgia from Akhalkalaki to the Turkish border near Kartsakhi. The route branches off from the S11/E691 highway on the northside of Akhalkalaki. It is a simple (two-lane) asphalt road through the highlands that are characteristic for the Samtskhe–Javakheti region. The road starts at 1700 m (5600 ft) above sea level and gradually climbs to 1970 m (6460 ft) before reaching the Turkish border at 1820 m (5970 ft), the 3rd highest border checkpoint in Georgia next to Georgia's 2nd largest lake. After the Turkish border, the road continues to the Turkish D010 at Çıldır. It is the shortest route from Armenia to Turkey, shortcutting the E691 route.