In this Dutch name, the surname is De Jong, not Jong.

Arie de Jong (Dutch:  [ˈaːri də ˈjɔŋ] ; October 18, 1865, Jakarta, Dutch East Indies – October 12, 1957, Putten, Netherlands) was a Dutch enthusiast and reformer of the constructed language Volapük by Johann Martin Schleyer, with whose help the Volapük movement gained new strength in the Netherlands. He not only revised Volapük, but also (together with other Volapükist contemporaries) began Volapükaklub Valemik Nedänik (Dutch Universal Volapük Club) and founded Diläd valemik Feda Volapükaklubas. He also founded and edited Volapükagased pro Nedänapükans, an independent newspaper in Volapük, which ran for thirty-one years (1932–1963). He wrote Gramat Volapüka, a grammar of the language completely in Volapük, and a German-Volapük dictionary, Wörterbuch der Weltsprache (World Language Dictionary). He translated the New Testament into Volapük from Greek, as well as many other pieces of literature. Arie de Jong is justly considered the most important Volapükist of a new age of Volapük history.

Arie de Jong was born on October 18, 1865 to happy parents in Batavia (now Jakarta) in then Dutch East Indies. In 1873, his family moved to Leiden, Netherlands, where he attended grammar-school (1873-1883) and studied medicine (1883-1891) at Leiden University. In February 1891, he received his Doctorate diploma; in March, he became a military medical officer (stationed in East India); briefly afterward, on September 8, he became a university medical doctor in Freiburg by means of his dissertation: "Über Diuretin" (On Diuresis).

On February 18, 1892, de Jong married Maria Elisabeth Wilhelmina Clarkson in Ginneken, and the couple left by a ship by the name of Princess Sophie after only one month, on March 22, towards Dutch East Indies. Maria, however, died aboard ship on the Red Sea, on the first day of April. Nineteen days later, Arie reached the city of Batavia alone, and on the 25th, he decided to depart to his workshop in Makassar.

In 1893, he was relocated to Bonthain (now Bantaeng in South Sulawesi); in 1896, to Padang and also to Aceh; in 1898, to Sintang, where he married for the second time, to Elise Marie Wilhelmine Gerardine Chavannes. In 1900, he became a first-class medical officer; in 1902, below he was relocated, first to Semarang and later to Ungaran; in 1904 he returned to Semarang. By that time he had already lost his two children: Marie Eugène, who was born in 1900 and died the following year, and another child who was stillborn.

In 1904 he enjoyed leisure for a year, during which he spent time in Europe. Having returned in 1905 to East Indies, he was sent to Pelantoengan, in 1908 to Yogyakarta, and in 1911 to Magelang, where for in eight years he would become a second-class medical officer. In 1912 he was relocated to Banjarmasin; the following year, he had leisure in Europe for nine months. When he returned to East Indies, he was sent to Surabaya where, at the end of 1914 he became a higher-ranked first-class medical officer. He was sent in 1915 to Malano, where his second wife, Elise Marie, died.

At that time Dutch East Indies still much needed to be organized and improved. Arie de Jong had an important role for these years in the struggle against many tropical diseases, considering that new treatments and previously denied methods appeared at the turn of the century. He helped lepers by providing certain contents for their lives, he allowed them to play instruments and made it possible for them to do simple jobs; and at this time, when these types of actions were not yet popular.

During his studies in Leiden, de Jong came across Volapük and began to learn it. On March 20, 1891 (a week after he became a military officer), at the age of 25, he received his Volapük teacher's diploma, and after ten months, his Volapük instructor diploma. After only a year, on May 15, 1893, he became a Volapük professor (reported in the newspaper "Nuns blefik se Volapükavol" (Brief News in the World of Volapük) the following year).

During his stay in the East Indies, de Jong's interest in Volapük remained, as seen in his correspondence with various Volapükists and Volapük newspapers. On June 5, 1901, he became a Volapük academian.

Volapük is a constructed language created in 1879 and 1880 by Johann Martin Schleyer, a Roman Catholic priest in Baden, Germany. Schleyer felt that God had told him in a dream to create an international language. Volapük conventions took place in 1884 (Friedrichshafen), 1887 (Munich) and 1889 (Paris). The first two conventions used German, and the last conference used only Volapük. In 1889, there were an estimated 283 clubs, 25 periodicals in or about Volapük, and 316 textbooks in 25 languages; at that time the language claimed nearly a million adherents. Volapük was largely displaced in the late 19th and early 20th centuries by Esperanto. 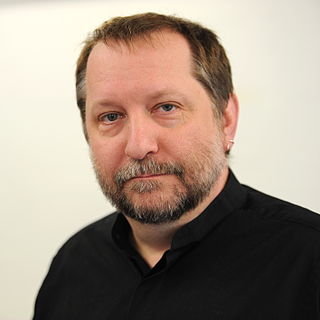 Michael Everson is an American and Irish linguist, script encoder, typesetter, font designer, and publisher. He runs a publishing company called Evertype, through which he has published over a hundred books since 2006.

The double hyphen, ⹀ or ゠, is a punctuation mark that consists of two parallel hyphens. It was a development of the earlier double oblique hyphen⸗ which developed from a Central European variant of the virgule slash, originally a form of scratch comma. In order to avoid its being confused with the equals sign =, the double hyphen is often given as double oblique hyphen in modern typography. The double hyphen is also not to be confused with two consecutive hyphens, which are often used to represent an em dash — or en dash –; that practice arose due to the limitations of typewriter character sets which did not have both hyphen and dash.

Hans Conon von der Gabelentz was a German linguistic researcher and authority on the Manchu language. He was prime minister of the Duchy of Saxe-Altenburg from 1848 to 1849. 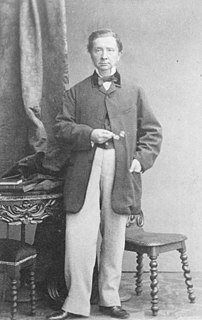 Jan Hendrik Donker Curtius was the last Opperhoofd of the Dutch trading post in Japan (1852-1855), located at Dejima an artificial island in the harbor of Nagasaki. To negotiate with the Japanese government for a treaty, he received the title "Dutch Commissioner in Japan" in 1855.

Javindo, also known by the pejorative name Krontjong, was a Dutch-based creole language spoken on Java, Indonesia. The name Javindo is a portmanteau of Java and Indo, the Dutch word for a person of mixed Indonesian and Dutch descent. This contact language developed from communication between Javanese-speaking mothers and Dutch-speaking fathers in Indo families. Its main speakers were Indo-Eurasian people. Its grammar was based on Javanese while the vocabulary was based on Dutch. Dutch lexicon was pronounced in a Javanese manner. 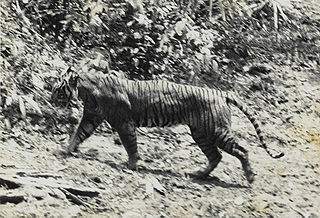 Andries Hoogerwerf was a Dutch track and field athlete, naturalist, ornithologist and conservationist, who spent much of his working life in the Dutch East Indies and Dutch New Guinea.

Rupert Kniele (1844–1911) was a German volapükist and volapükologist. He wrote the first history of the Volapük movement in 1889. He was the head for Württemberg, and the president of the Württemberg Land Federation for Volapük.

A volapükologist is a person whose scientific interest is Volapük or who learns the language for hobby reasons.

Willem Anthony Engelbrecht, also known as Willem Anthonie Engelbrecht, was a Dutch jurist and colonial administrator. He was one of the originators of the so-called "Dutch Ethical Policy" in the Dutch East Indies.

Patrick Edward de Josselin de Jong was a professor of cultural anthropology at the University of Leiden for over 30 years, and department chair from 1957 through 1987. His research specialization was on the Minangkabau in West Sumatra. 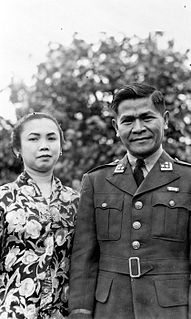 The Netherlands Indies Civil Administration was a semi-military organisation, established April 1944, tasked with the restoration of civil administration and law of Dutch colonial rule after the capitulation of the Japanese occupational forces in the Netherlands East Indies after World War II. 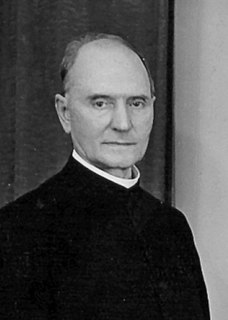 Albert Sleumer, a doctor, was the second Cifal (1912–1948) of the Volapük movement. Like Johann Martin Schleyer, Sleumer was a Catholic priest.

Raden Soelaiman Effendi Koesoemah Atmadja is a National Hero of Indonesia and the first Chairman of its Supreme Court.

St. Joseph's Church, also known as Gedangan Church, is a Catholic church in Semarang, Indonesia, the first such church in the city. Administratively, it is part of the St. Joseph's Parish in the Archdiocese of Semarang. 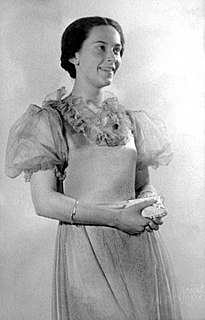 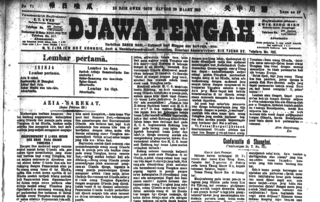