Arkansas Department of Parks and Tourism

The Arkansas Department of Parks and Tourism (ADPT) is a department of the U.S. state of Arkansas charged with promoting, protecting, interpreting, and managing the state's natural and cultural resources. [1] The department is also tasked with increasing tourism and promoting individuals, families, and businesses to relocate to Arkansas.

The department is in charge of maintaining all state parks and welcome centers. 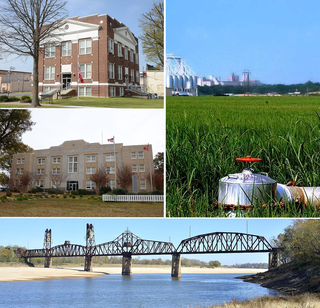 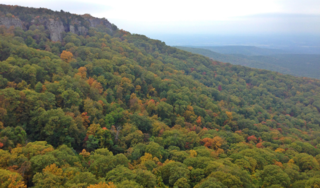 Bull Shoals-White River State Park is a 732-acre (296 ha) Arkansas state park in Baxter and Marion Counties, Arkansas in the United States. Containing one of the nation's best trout-fishing streams, the park entered the system in 1955 after the United States Army Corps of Engineers built Bull Shoals Dam on the White River. The park runs along the shoreline of Bull Shoals Lake and the White River above and below the dam, and contains picnic areas, a marina, boat rentals, interpretive programs, and a visitors' center with gift shop. 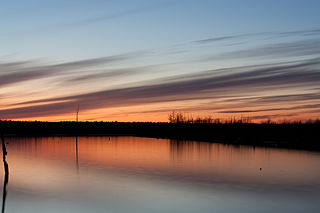 Cane Creek State Park is a 2,053-acre (831 ha) Arkansas state park in Lincoln County, Arkansas in the United States. Straddling the Gulf Coastal Plain and the Mississippi Delta, the park includes the 1,675-acre (678 ha) Cane Creek Lake, a wooded lake which borders Bayou Bartholomew, the world's longest bayou. The park became a reality when the U.S. Department of Agriculture’s Soil Conservation Service said it would provide federal funds to the project in 1973, prompting the Arkansas Game and Fish Commission (AGFC) to pledge to build and maintain the lake within the park. The park is characterized by rolling wooded hills, deep draws, and steeply sloping ridges.

Conway Cemetery State Park is a 11.5-acre (4.7 ha) Arkansas state park in Lafayette County, Arkansas in the United States. Located on the former cotton plantation grounds of James Sevier Conway, the cemetery serves as Conway's final resting place. No recreational or visitors' amenities are available at the historic site. The site became a state park in 1986 as part of Arkansas's sesquicentennial. 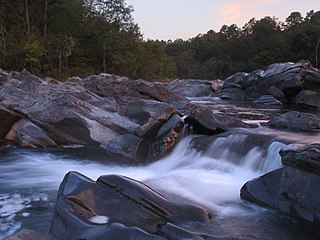 Highway 362 is a state highway in Monroe County. The route of 1.72 miles (2.77 km) runs from US Highway 49 (US 49) east to Louisiana Purchase State Park. The route is maintained by the Arkansas State Highway and Transportation Department (AHTD). 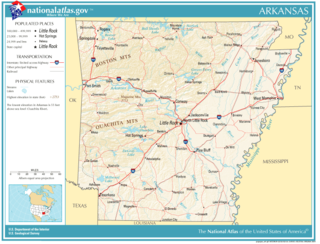 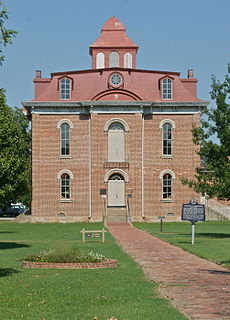 Jacksonport State Park is a 164.7-acre (66.7 ha) Arkansas state park in Jackson County, Arkansas in the United States. The park contains the 1872 Jacksonport courthouse which served as the home of county government from 1872-1892. Furnished with regional items of historical significance, tours of the courthouse are available. Jacksonport served as an important steamboat stop and trading center at the confluence of the White River and Black River, until being bypassed by the Iron Mountain and Southern Railroad shortly after becoming county seat. 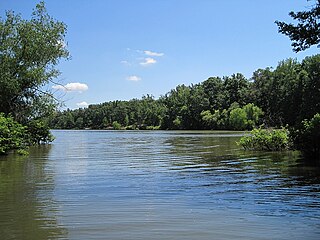 Lake Poinsett State Park is a 132-acre (53 ha) Arkansas state park on Crowley's Ridge in Poinsett County, Arkansas in the United States. The park was formed after the damming of Distress Creek to create a recreational lake in the county in 1960. The park is located along the western bank of the lake and is open for year-round for camping/picnicking. Boat rentals are available from February to November.

Lake Fort Smith State Park is a 260-acre (110 ha) Arkansas state park in Crawford County, Arkansas in the United States. Originally a Fort Smith city park in the 1930s and later the Works Progress Administration-built Mountainburg Recreational Facility, the lake nestled in the Boston Mountains was adopted into the state park system by the Arkansas Department of Parks and Tourism in 1967. Lake Fort Smith State Park was closed in 2002 to make way for a larger dam and spillway. The addition flooded the site of the old park, and the new 260 acre Lake Fort Smith State Park reopened May 21, 2008 four miles north of its original location with 30 camp sites, 10 cabins, a group lodging facility, picnic sites, a pavilion, marina with rental boats, a double lane boat ramp, a swimming pool, playground, and an 8,000 square foot visitor center with exhibit gallery, gift shop, a meeting/class room, a patio with an outdoor wood-burning fireplace, and an expansive view of the lake and mountains.

Lake Charles State Park is a 140-acre (57 ha) Arkansas state park in Lawrence County, Arkansas in the United States. Situated in The Ozarks along the Black River, the park features the 645-acre (261 ha) artificial Lake Charles. The lake is a result of a partnership of four agencies to construct a multipurpose lake just north of Shirey Bay Rainey Brake Wildlife Management Area in an effort to control flooding and preserve the watershed. Construction on the lake began in 1964, and the park was dedicated in 1967.

Village Creek State Park is a 6,909-acre (2,796 ha) Arkansas state park in Cross and St. Francis counties, Arkansas in the United States. The park was formed as a result of a study commissioned by the Arkansas General Assembly to form a large park in east Arkansas. Segments of the Old Military Road, later used as the Trail of Tears run through the park, which also features two lakes and 27 holes of golf.

Queen Wilhelmina State Park is a unit of Arkansas Department of Parks and Tourism in the Ouachita Mountains.

The Department of Arkansas Heritage (DAH) is a department of the U.S. State of Arkansas responsible for preserving, promoting and protecting Arkansas's natural and cultural history and heritage. The department consists of eight separate divisions: four heritage museums and four heritage resource agencies. The department’s central office coordinates and promotes all division efforts to make information and materials about the state readily accessible to all Arkansans through heritage and cultural events, educational resources and special publications. The common goal of all divisions is to seek out and protect the legacy and lore of Arkansas and what distinguishes it from other states.