Armed Forces Day (Tajik: Рӯзи Қувваҳои Мусаллаҳ) also known as Tajik National Army Day (Рӯзи Артиши Миллӣ Тоҷик) or Defender of the Fatherland Day (Рӯзи Дорандаи Ватан) is a national holiday celebrated annually on 23 February, commemorating the founding of the Armed Forces of the Republic of Tajikistan. The event is marked by military parades, fireworks and ceremonies around of the country.

The day has its roots with the Red Army Day in the Soviet Union. On February 23, 1992, President Emomali Rahmon signed a decree establishing the Armed Forces of Tajikistan. Also known as the Tajik National Army, it now consists of the Air and Air Defense Forces, the Ground Forces and Mobile Forces, all of which serve under the Ministry of Defence. The armed forces also includes the Presidential National Guard, the Border Guards Day and the Tajik Internal Troops under the Ministry of Internal Affairs (VKD). February 23 is also celebrated in Russia, Belarus, Kyrgyzstan, and partially recognized republics of South Ossetia and Transnistria as Defender of the Fatherland Day. [1]

Celebrations of Tajik National Army Day are organized by the Ministry of Defence. On most years, the anniversary of the Tajik National Army is celebrated during events held in Victory Park, Dushanbe, where wreaths are laid. On jubilee years, the Tajik defence ministry will decide to hold a large military parade of the Dushanbe Garrison (similar to the Tajikistan Independence Day Military Parade) through the center of Dushanbe. Concerts of Tajik military bands will also take place in the city and throughout the country. With the holiday coinciding with Defender of the Fatherland Day, it is commonplace for personnel of the Russian 201st Military Base in Tajikistan to celebrate Armed Forces Day alongside their Tajik counterparts.

The first military parade of Tajikistan took place in Dushanbe in honor of the founding of the Tajik National Army, which took place that same day. [2] The parade was commanded by the country's first defence minister, Colonel Alexander Shishlyannikov, as well as Colonel Ramazon Radjabov (the Deputy Minister of Defense), an officer who often considered to be a potential successor to Shishlyannikov. [3] Participants in the parade were attended an induction ceremony in the presence of President Rahmon Nabiyev on Ozodi Square prior to the start of the parade. [4]

It was dedicated to the 10th anniversary of the Tajik military. President Rahmon affirmed his commitment to the anti-terrorist coalition led by the United States. [5]

A jubilee medal was instituted in honor of the occasion of the 15th anniversary of the armed forces. [6]

2013 celebrated the 20th anniversary of the armed forces. [7] [8] The celebrations and events took place with the participation of more than 10,000 troops of the armed forces. Tajik Defense Minister Sherali Khayrulloyev inspected the anniversary parade in the capital, which saw troops and personnel of the Anticorruption Agency and the State Committee for National Security take part in the parade for the first time. [9]

It celebrated silver jubilee of the Tajik Armed Forces.[ citation needed ] A ceremony and a festive concert took place at the Kokhi Borbad State Complex in Dushanbe. [10] Performers at the concert included the academic ensemble of the national army and the Military Brass Band of the Ministry of Defense. The Center for the Management of the Armed Forces (which would serve as the main military command center for the president) was opened on this day. [11] The quinquennial parade was canceled by President Rahmon due to the government refusing to hold any major parades until 2021 on the occasion of the 30th anniversary of independence. [12] 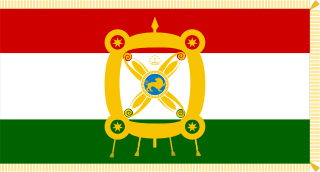 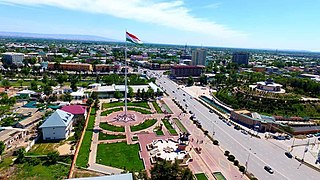 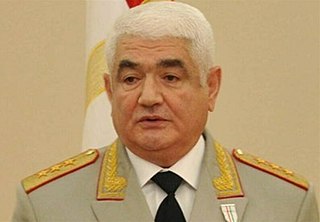 Sherali Khayrulloyevich Khayrulloyev is a retired Tajikistani general and politician. He was the Minister of Defense of Tajikistan from 1995 to 2013. 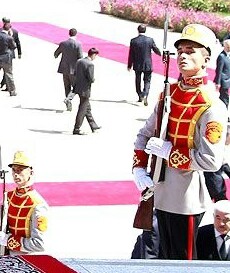 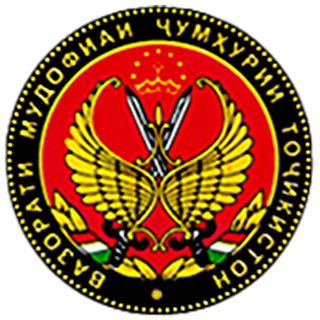 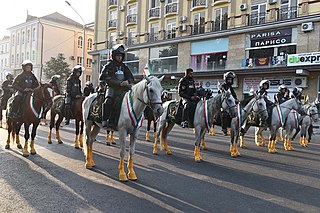 The Tajik Internal Troops are the internal security force of Tajikistan, under the Interior Ministry (VKD). They act as the primary reserve force of the Tajik Armed Forces, and are in charge of homeland defence, along with the Tajik Border Troops. The Internal Troops are led by Major General Negmatullo Kurbanov.

The following lists events that happened during 2013 in Tajikistan.

Dr. Shukhrat Muzafarovich Sultonov is a Tajik politician and diplomat. Sultonov was the chief of Presidential Administration for Emomali Rahmon from October 2001 to December 2003.

Colonel General Sherali Mirzo is the current Minister of Defense of Tajikistan. He held this office since November 20, 2013, succeeding Sherali Khayrulloyev. 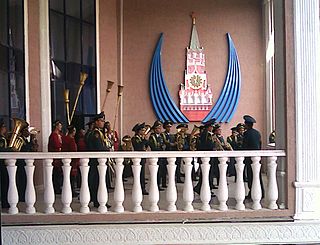 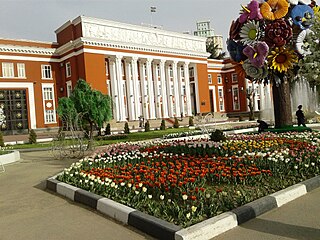 Dousti Square is a square in Dushanbe, Tajikistan. It is connected to Rudaki Avenue and Hofizi Sherozi Avenue. It is the largest in Dushanbe. The name "Dousti" is the Tajik word for friendship.

The following is a list of state awards in Tajikistan. State awards include the orders, decorations, and medals. 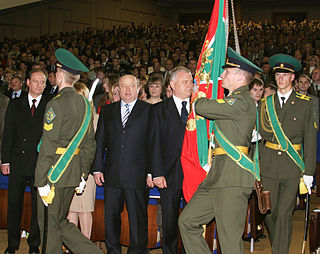 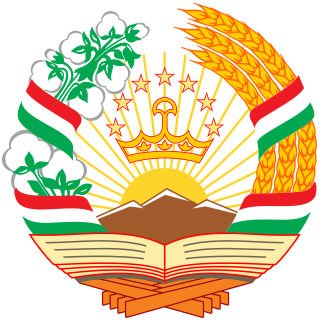 The Security Council of Tajikistan is a Tajik government consultative group under the country's President's Executive Office. which advises the president on national security issues and matters. It was formed in 2003 with the head of being the President of the Republic of Tajikistan. It was formerly and independent organization until June 2018, when it was subordinated to the president. The Secretary of the Security Council since March 2020 has been Nasrullo Mahmudzoda, who succeeded former secretary Mahmadali Vatanzoda It is essentially a constituent body of the military and security leadership to work out solutions for the implementation of domestic and foreign policy in the national security field.

The Committee of Emergency Situations and Civil Defense of Tajikistan (KHF) is the emergencies and civil defense ministry of Tajikistan. The ministry is authorized to make decisions on the protection of the Tajik population/territory from natural disasters and other geological processes.