listen )) is any of various administrative divisions of France, [3] Belgium, [4] Haiti, [5] certain other Francophone countries, as well as the Netherlands.

A municipal arrondissement (French: arrondissement municipal, pronounced [aʁɔ̃dismɑ̃ mynisipal] ), is a subdivision of the commune, used in the three largest cities: Paris, Lyon, and Marseille. It functions as an even lower administrative division, with its own mayor. Although usually referred to simply as an "arrondissement," they should not be confused with departmental arrondissements, which are groupings of communes within one département . The official translation into English is "district".

Belgium is a federalized country which geographically consists of three regions, of which only Flanders (Flemish Region) and Wallonia (Walloon Region) are subdivided into five provinces each; the Brussels-Capital Region is neither a province nor is it part of one.

In Belgium, there are administrative, judicial and electoral arrondissements. These may or may not relate to identical geographical areas.

In the Netherlands an arrondissement is a judicial jurisdiction.

Subdivisions of the canton of Bern include districts since 2010, which are called arrondissements administratifs in French.

Most nations in Africa that have been colonised by France have retained the arrondissement administrative structure. These are normally subunits of a department, and may either contain or be coequal with communes (towns). In Mali the arrondissement is a subunit of a Cercle, while in some places arrondissements are essentially subdistricts of large cities.

As of 2015, Haiti's ten departments are sub-divided into 42 arrondissements. [5]

In the Canadian province of Quebec, eight cities are divided into arrondissements, known as boroughs in English. In Quebec, boroughs are provincially organized and recognized sub-municipal entities that have mayors and councillors.

A prefecture in France may be: 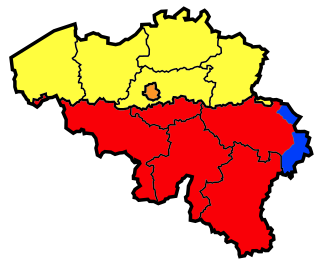 A City district is a designated administrative division that is generally managed by a local government. It is used to divide a city into several administrative units.

A Commune is the third-level administrative unit in Mali. Mali is divided into eight regions and one capital district (Bamako). These subdivisions bear the name of their principal city. The regions are divided into 49 Cercles. The Cercles and the district are divided into 703 Communes, with 36 Urban Communes and 667 Rural Communes, while some larger Cercles still contain Arrondissements above the Commune level, these are organisational areas with no independent power or office. Rural Communes are subdivided in Villages, while Urban Communes are subdivided into Quartier. Communes usually bear the name of their principal town. The capital, Bamako, consists of six Urban Communes. There were initially 701 communes until the Law No. 01-043 of 7 June 2001 created two new Rural Communes in the desert region in the north east of the country: Alata, Ménaka Cercle in the Gao Region and Intadjedite, Tin-Essako Cercle in the Kidal Region.