Art of Romania encompasses the artists and artistic movements in Romania.

Titan is a neighborhood of Eastern Bucharest, part of Sector 3. It surrounds the Alexandru Ioan Cuza Park, formerly known as "Titan", "I.O.R.", and "Balta Albă".

The Zambaccian Museum in Bucharest, Romania is a museum in the former home of Krikor Zambaccian, a businessman and art collector. The museum was founded in the Dorobanți neighbourhood in 1947, closed by the Ceauşescu regime in 1977, and re-opened in 1992. It is now a branch of The National Museum of Art of Romania. Its collection includes works by Romanian artists—including a masterful portrait of Zambaccian himself by Corneliu Baba—and works by several French impressionists. It is located not far from Piaţa Dorobanţilor on a street now renamed after Zambaccian.

Ștefan Luchian was a Romanian painter, famous for his landscapes and still life works. 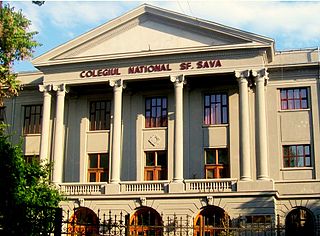 The Saint Sava National College, Bucharest, is the oldest and the one of the most prestigious high schools in Romania. 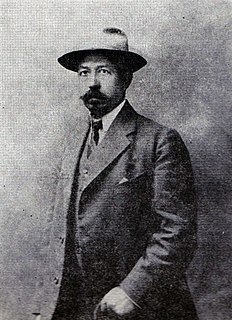 Gheorghe Petrașcu was a Romanian painter. He won numerous prizes throughout his lifetime and had his paintings exhibited posthumously at the Paris International Exhibition and the Venice Biennale. He was the brother of N. Petrașcu, a literary critic and novelist.

Ion Andreescu was a Romanian painter.

Nicolae Vermont was a Romanian realist painter, graphic artist and muralist. He was noted for his wide range of subjects and his interest in social issues, and was an associate of the post-Impressionists Ştefan Luchian and Constantin Artachino, as well as a friend of the controversial art collector and political figure Alexandru Bogdan-Piteşti.

Petru Comarnescu was a Romanian literary and art critic and translator.

This is a list of 1989 events that occurred in Romania.

The Museum of Cluj-Napoca or National Art Museum, Cluj-Napoca, is an art museum housed in an important eighteenth-century Baroque building, the Cluj-Napoca Bánffy Palace, designed by German architect Johann Eberhard Blaumann. The museum possesses a very valuable collection of Romanian and European art: paintings, graphics and decorative art ranging from the Fifteenth Century to the Twentieth.

The Costache Negruzzi National College in Iași is one of the most prestigious high schools in Romania. Founded in 1895 as the Boarding High School of Iași, it was named after the writer and politician Costache Negruzzi. 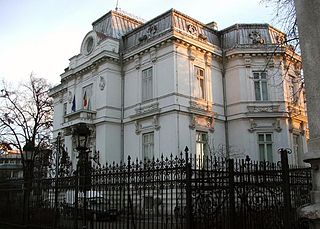