Arthur Dehon Little (December 15, 1863 – August 1, 1935) was an American chemist and chemical engineer. He founded the consulting company Arthur D. Little and was instrumental in developing chemical engineering at the Massachusetts Institute of Technology (MIT). He is credited with introducing the term unit operations to chemical engineering [2] and promoting the concept of industrial research. [3] [4]

In 1886, he joined Richmond Paper Company in East Providence, Rhode Island as a chemist, later becoming superintendent of a paper mill, [8] and effectively recognised that the chemical engineering design was wrong: by correcting this, he came to his first patent. [5] Further research and patents followed, mainly related to paper processing technology.

Little left and formed his own company. He was joined by a colleague from Richmond Paper, Roger Griffin forming a new company in 1886, Little & Griffin, which was located in Boston where MIT was also located. Griffin and Little prepared a manuscript for The Chemistry of Paper-making which was for many years an authoritative text in the area. The book had not been entirely finished when Griffin was killed in a laboratory accident in 1893. [6] [8]

After this tragedy, Little carried on in the business alone for a number of years. During these years he founded the Cellulose Products Company demonstrating that cellulose acetate could be used in producing nonflammable wire insulation and artificial silk. The company didn't do well financially, and when it was dissolved, Eastman Kodak purchased the company's patents for the first nonflammable motion picture film and the Lustron Company bought the artificial silk patents becoming the only American manufacturer of acetate silk. [6]

He collaborated with MIT and William Hultz Walker of the MIT Chemistry department, forming a partnership, Little & Walker, which lasted from 1900 to 1905, while both MIT and Little's company were still located in Boston. [6] The partnership dissolved in 1905 when Walker dedicated his full-time to being in charge of the new Research Laboratory of Applied Chemistry at MIT. [6]

Little continued on his own and formally incorporated the company, Arthur D. Little (ADL), in 1909. [6] He conducted analytical studies, the precursor of the consulting studies for which the firm would later become famous.

Leo Hendrik Baekeland FRSE(Hon) was a Belgian-born American chemist. He is best known for the inventions of Velox photographic paper in 1893 and Bakelite in 1907. He has been called "The Father of the Plastics Industry" for his invention of Bakelite, an inexpensive, nonflammable and versatile plastic, which marked the beginning of the modern plastics industry.

Cyril Stanley Smith was a British metallurgist and historian of science. He is most famous for his work on the Manhattan Project where he was responsible for the production of fissionable metals. A graduate of the University of Birmingham and Massachusetts Institute of Technology (MIT), Smith worked for many years as a research metallurgist at the American Brass Company. During World War II he worked in the Chemical-Metallurgical Division of the Los Alamos Laboratory, where he purified, cast and shaped uranium-235 and plutonium, a metal hitherto available only in microgram amounts, and whose properties were largely unknown. After the war he served on the Atomic Energy Commission's influential General Advisory Committee, and the President's Science Advisory Committee.

Arthur Amos Noyes was a U.S. chemist, inventor and educator. He received a PhD in 1890 from Leipzig University under the guidance of Wilhelm Ostwald. 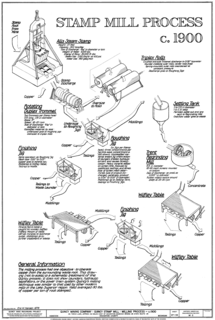 Arthur D. Little is an international management consulting firm originally headquartered in Boston, Massachusetts, United States, and formally incorporated by that name in 1909 by Arthur Dehon Little, an MIT chemist who had discovered acetate. Arthur D. Little pioneered the concept of contracted professional services. The company played key roles in the development of business strategy, operations research, the word processor, the first synthetic penicillin, LexisNexis, SABRE and NASDAQ. Today the company is a multi-national management consulting firm operating as a partnership.

Robert Samuel Langer, Jr. FREng is an American chemical engineer, scientist, entrepreneur, inventor and one of the twelve Institute Professors at the Massachusetts Institute of Technology.

The Tech, first published on November 16, 1881, is the campus newspaper at the Massachusetts Institute of Technology in Cambridge, Massachusetts. Editions are published on Thursdays throughout the academic year and about once a month over the summer. The Tech established an early presence on the World Wide Web, and continues to publish online in tandem with the print edition. 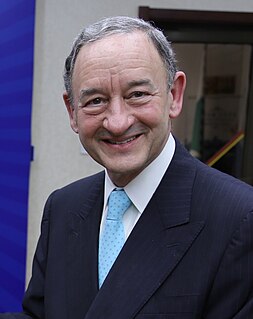 Mark Stephen Wrighton is an American academic and chemist who served as the 14th Chancellor of Washington University in St. Louis from 1995 to 2019. 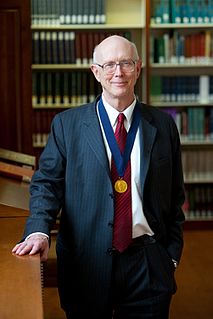 Manson Benedict was an American nuclear engineer and a professor of nuclear engineering at the Massachusetts Institute of Technology (MIT). From 1958 to 1968, he was the chairman of the advisory committee to the U.S. Atomic Energy Commission.

William Hultz Walker was born in Pittsburgh, Pa., and graduated in 1890 at Penn State College and took his Ph.D. at Göttingen (1892). In 1894 he accepted the chair of industrial chemistry at the Massachusetts Institute of Technology, where from 1908 he was also director of the research laboratory of applied chemistry. Walker was vice president of the International Congress of Applied Chemistry in 1893 and president of the American Electrochemical Society in 1910. The New York Section of the American Chemical Society conferred on him its Nichols medal in 1908.

The Arthur D. Little Inc., Building is a National Historic Landmark at 30 Memorial Drive in Cambridge, Massachusetts. The building was constructed in 1917 for the Arthur D. Little Company alongside the campus of the Massachusetts Institute of Technology and now serves as headquarters for the dean of the MIT Sloan School of Management and other Sloan administrative groups.

Vladimir Haensel was an American chemical engineer who invented the platforming process - a platinum catalytic process for reforming petroleum hydrocarbons into gasoline. In addition, he was influential in the creation of catalytic converters for automobiles.

Milton C. Whitaker was a noted 20th-century chemist. His areas of speciality were chemical engineering and industrial chemistry.

Ganapati Dadasaheb Yadav is an Indian chemical engineer, inventor and academic, known for his research on nanomaterials, gas absorption with chemical reaction and phase transfer catalysis. He is the vice chancellor of the Institute of Chemical Technology, Mumbai where he also serves as the R. T. Mody Distinguished Professor. He is J.C. Bose National Fellow and Adjunct Professor at RMIT University, Melbourne, Australia and University of Saskatchewan, Canada. He holds a number of patents and is an elected fellow of such science academies as Institution of Chemical Engineers, The World Academy of Sciences, Indian National Science Academy and the National Academy of Sciences, India. The Government of India awarded him the fourth highest civilian honour of the Padma Shri, in 2016, for his contributions to science and engineering.

Henry Paul "Harry" Talbot was an American chemist at the Massachusetts Institute of Technology. He made a significant contribution to the university's reputation in research and teaching.