Sir Arthur Harden, FRS [1] (12 October 1865 – 17 June 1940) was a British biochemist. He shared the Nobel Prize in Chemistry in 1929 with Hans Karl August Simon von Euler-Chelpin for their investigations into the fermentation of sugar and fermentative enzymes. [2] [3] He was a founding member of the Biochemical Society and editor of its journal for 25 years.

Arthur was born to Scottish Presbyterian businessman Albert Tyas Harden and Eliza Macalister. His early education was at a private school in Victoria Park run by Dr Ernest Adam. He went to study in 1877 at a Tettenhall College, Staffordshire, and entered Owens College in 1882, now the University of Manchester, in 1882, graduating in 1885. He studied chemistry under Professor Roscoe at Owens College and was influenced by J.B. Cohen. [4]

In 1886 Harden was awarded the Dalton Scholarship in Chemistry and spent a year working with Otto Fischer at Erlangen where he worked on the synthesis of β-nitroso-α-naphthylamine and studied its properties. After receiving a Ph.D. he returned to Manchester as a lecturer and demonstrator and H.B. Dixon and taught along with Sir Philip Hartog. He researched the life and work of Dalton during these years. In 1895 he wrote a textbook on Practical Organic Chemistry along with F.C. Garrett. Harden continued to work at Manchester until 1897 when he was appointed chemist to the newly founded British Institute of Preventive Medicine, which later became the Lister Institute. He earned the degree Doctor of Science (D.Sc.) from the Victoria University (which included Owens College) in June 1902. [5] Five years later, in 1907 he was appointed Head of the Biochemical Department, a position which he held until his retirement in 1930 (though he continued his scientific work at the Institute after his retirement). [4]

At Manchester, Harden had studied the action of light on mixtures of carbon dioxide and chlorine, and when he entered the Institute he applied his methods to the investigation of biological phenomena such as the chemical action of bacteria and alcoholic fermentation. He studied the breakdown products of glucose and the chemistry of the yeast cell, and produced a series of papers on the antiscorbutic and anti-neuritic vitamins. [4]

Harden was knighted in 1926, and received several honorary doctorates. A Fellow of the Royal Society, [1] he received the Davy Medal in 1935. 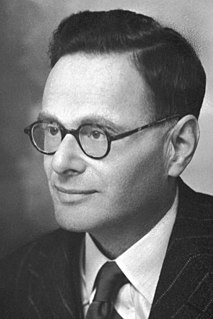 Sir Hans Adolf Krebs was a German-born British biologist, physician and biochemist. He was a pioneer scientist in the study of cellular respiration, a biochemical process in living cells that extracts energy from food and oxygen and makes it available to drive the processes of life. He is best known for his discoveries of two important sequences of chemical reactions that take place in the cells of humans and many other organisms, namely the citric acid cycle and the urea cycle. The former, often eponymously known as the "Krebs cycle", is the key sequence of metabolic reactions that provides energy in the cells of humans and other oxygen-respiring organisms; and its discovery earned Krebs a Nobel Prize in Physiology or Medicine in 1953. With Hans Kornberg, he also discovered the glyoxylate cycle, which is a slight variation of the citric acid cycle found in plants, bacteria, protists, and fungi.

Severo Ochoa de Albornoz was a Spanish physician and biochemist, and joint winner of the 1959 Nobel Prize in Physiology or Medicine with Arthur Kornberg. 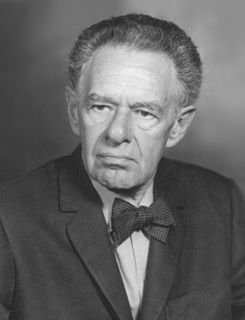 Fritz Albert Lipmann was a German-American biochemist and a co-discoverer in 1945 of coenzyme A. For this, together with other research on coenzyme A, he was awarded the Nobel Prize in Physiology or Medicine in 1953. 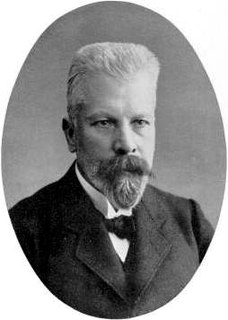 Eduard Buchner was a German chemist and zymologist, awarded the 1907 Nobel Prize in Chemistry for his work on fermentation.

Otto Fritz Meyerhof was a German physician and biochemist who won the Nobel Prize in Physiology and Medicine in 1922. 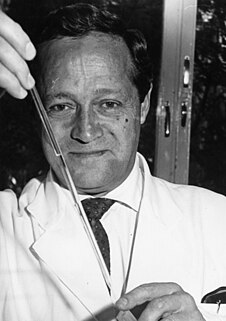 Feodor Felix Konrad Lynen was a German biochemist. In 1964 he won the Nobel Prize in Physiology or Medicine together with Konrad Bloch for their discoveries concerning the mechanism and regulation of cholesterol and fatty acid metabolism while he was director of the Max-Planck Institute for Cellular Chemistry in Munich. 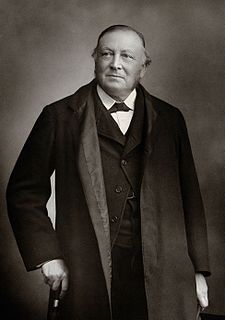 Sir Henry Enfield Roscoe was a British chemist. He is particularly noted for early work on vanadium, photochemical studies, and his assistance in creating Oxo (food), in its earlier liquid form.

Hans Karl August Simon von Euler-Chelpin was a German-born Swedish biochemist. He won the Nobel Prize in Chemistry in 1929 with Arthur Harden for their investigations on the fermentation of sugar and enzymes. He was a professor of general and organic chemistry at Stockholm University (1906–1941) and the director of its Institute for organic-chemical research (1938–1948). Euler-Chelpin married Astrid Cleve, the daughter of the Uppsala chemist Per Teodor Cleve and was distantly related to Leonhard Euler. In 1970, his son Ulf von Euler, was awarded the Nobel Prize in Physiology or Medicine. 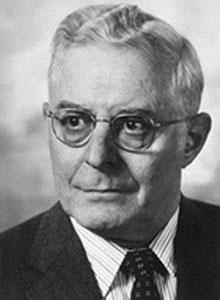 William Howard Stein was an American biochemist who collaborated in the determination of the ribonuclease sequence, as well as how its structure relates to catalytic activity, earning a Nobel Prize in Chemistry in 1972 for his work. Stein was also involved in the invention of the automatic amino acid analyzer, an advancement in chromatography that opened the door to modern methods of chromatography, such as liquid chromatography and gas chromatography. 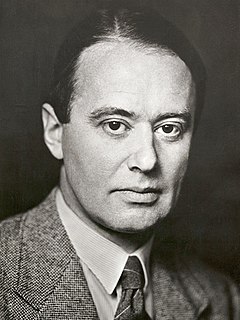 Zymase is an enzyme complex that catalyzes the fermentation of sugar into ethanol and carbon dioxide. It occurs naturally in yeasts. Zymase activity varies among yeast strains.

Roger David Kornberg is an American biochemist and professor of structural biology at Stanford University School of Medicine. Kornberg was awarded the Nobel Prize in Chemistry in 2006 for his studies of the process by which genetic information from DNA is copied to RNA, "the molecular basis of eukaryotic transcription."

Carl Ernst Heinrich Schmidt, also known in Russia as Karl Genrikhovich Schmidt, was a Baltic German chemist from the Governorate of Livonia, a part of the Russian Empire.

The history of biochemistry can be said to have started with the ancient Greeks who were interested in the composition and processes of life, although biochemistry as a specific scientific discipline has its beginning around the early 19th century. Some argued that the beginning of biochemistry may have been the discovery of the first enzyme, diastase, in 1833 by Anselme Payen, while others considered Eduard Buchner's first demonstration of a complex biochemical process alcoholic fermentation in cell-free extracts to be the birth of biochemistry. Some might also point to the influential work of Justus von Liebig from 1842, Animal chemistry, or, Organic chemistry in its applications to physiology and pathology, which presented a chemical theory of metabolism, or even earlier to the 18th century studies on fermentation and respiration by Antoine Lavoisier. 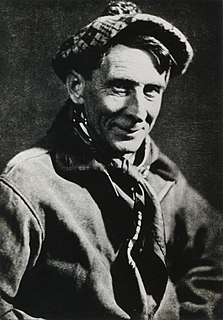 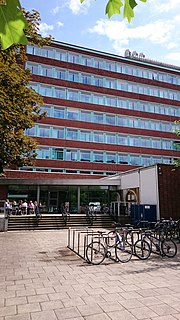 Gilbert John Fowler was a British biochemist who worked on pollution, decomposition and sewage treatment in Britain and later in India where he established the first research laboratory in biochemistry at the Indian Institute of Science at Bangalore. He established the earliest ideas for the activated sludge process of sewage treatment by examining bacterial growth and noting their oxygen requirement.

Roland Victor Norris was a biochemist and agricultural scientist who worked in India and Sri Lanka. He served as the first agricultural chemist to the government of Madras.