Arthur Janov ( /ˈdʒænəv/ ; August 21, 1924 – October 1, 2017), also known as Art Janov, [1] was an American psychologist, psychotherapist, and writer. He gained notability as the creator of primal therapy, a treatment for mental illness that involves repeatedly descending into, feeling, and experiencing long-repressed childhood pain. [2] Janov first directed a psychotherapy institute called the Primal Institute on North Almont Dr. in West Hollywood, California and from 1980 the Janov Primal Center on Ashland Ave. in Santa Monica, California.

Janov was the author of many books, most notably The Primal Scream (1970)., [1] as well as The Biology of Love and Life Before Birth: The Hidden Script that Rules our Lives.

Arthur Janov was born in Los Angeles, California and grew up in Boyle Heights, a low income neighborhood east of Downtown L.A., populated mainly by Latinos, Russian and Slavic immigrants. [3] Janov was the son of two Russian immigrants, Conrad Janov and Anne Coretsky-Janov. He received his B.A. and M.S.W. in psychiatric social work from the University of California, Los Angeles, and his Ph.D. in psychology from Claremont Graduate School in 1960. [4]

Janov originally practiced conventional psychotherapy in his native California. [3] He did an internship at the Hacker Psychiatric Clinic in Beverly Hills, worked for the Veterans' Administration at Brentwood Neuropsychiatric Hospital and was in private practice from 1952 until his death in 2017. [3] He was also on the staff of the Psychiatric Department at Los Angeles Children's Hospital where he was involved in developing their psychosomatic unit. [5]

In Janov's view, the repressed pain of traumatic childhood experiences eventually produces an emotionally damaged adult. [6] These experiences include not only obvious physical and psychological injuries, but also subtle slights like parents' failure to comfort a child. [6]

Janov wrote that his professional life changed in a single day in 1967 with the discovery of what he called "Primal Pain". [7] [8] During a therapy session, Janov heard what he describes as, "an eerie scream welling up from the depths of a young man lying on the floor". [9] He developed primal therapy, in which clients are encouraged to re-live and express what Janov considered repressed memories and feelings. [10]

Janov's primal therapy became a cultural phenomenon in the 1970s and 1980s along with his work The Primal Scream (1970). [11] [1] In response to criticism claiming that primal therapy is discredited and harmful, Janov said in 2016: "We have 50 years of published material to the contrary. We have several scientific articles in the journal Activitas Nervosa Superior, plus other journals. We do serious science and leave the nonsense to others". [11]

The idea of The Primal Scream came when one of his patients told of a theatrical performance at Conway Hall, London, in which Raphael Montañez Ortiz dressed in diapers shouted "Mommy! Daddy! Mommy! Daddy!" throughout the act, then vomited, distributing plastic bags to the spectators and later asking them to vomit as well. [1] Janov was fascinated by this and asked his patient to cry for his own "mommy" and "daddy". [1]

However, Janov's primal therapy was the source of controversy, with allegations that Janov used the treatment as a "cash-grab scheme". [4] In response, Janov stated that "We take no salaries and no profits and have not in years. We have paid several hundred thousand dollars for research to maintain our scientific integrity. We fund therapy for those who cannot afford it". [11]

Janov was first married to Vivian Glickstein in 1949, but they separated in 1975 and divorced in 1980 so that Art could remarry. [10] [3] He married France Daunic four months later in 1980 and was still married to her at the time of his death. [4] [3] Janov had two children from his first marriage – Rick Janov, a primal therapist, and Ellen Janov, a singer and actress who died in 1976 – and an adopted son, Xavier, from his second marriage. [4] 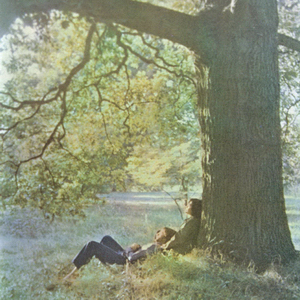 The Primal Scream. Primal Therapy: The Cure for Neurosis is a book by the psychologist Arthur Janov, in which the author describes his experiences with patients during the months he developed primal therapy. Although Janov's claims were questioned by psychologists, the book was popular and brought Janov fame and popular success, which inspired other therapists to start offering imitation primal therapy.

Primal therapy is a trauma-based psychotherapy created by Arthur Janov, who argues that neurosis is caused by the repressed pain of childhood trauma. Janov argues that repressed pain can be sequentially brought to conscious awareness for resolution through re-experiencing specific incidents and fully expressing the resulting pain during therapy. In therapy, the patient recalls and reenacts a particularly disturbing past experience usually occurring early in life and expresses normally repressed anger or frustration especially through spontaneous and unrestrained screams, hysteria, or violence. Primal therapy was developed as a means of eliciting the repressed pain; the term Pain is capitalized in discussions of primal therapy when referring to any repressed emotional distress and its purported long-lasting psychological effects. Janov criticizes the talking therapies as they deal primarily with the cerebral cortex and higher-reasoning areas and do not access the source of Pain within the more basic parts of the central nervous system.

Primal Integration (PI) is a form of personal growth work first formulated by the Canadian Bill Swartley in the mid-1970s. Unlike many other approaches known as psychotherapy, it puts the emphasis on an individual's self-directed exploration of their own psyche assisted by facilitators who serve the individual and are responsible for their safety. It uses an educational model and is considered to be part of humanistic psychology. It has a different approach to the better known Primal therapy formulated by Arthur Janov and is not related to it except in the broadest sense by its name and by its acceptance of the significance of early experiences.

Rebirthing-breathwork is a type of breathwork invented by Leonard Orr. Orr proposed that correct breathing can cure disease and relieve pain.

In popular psychology and analytical psychology, the inner child is an individual's childlike aspect. It includes what a person learned as a child, before puberty. The inner child is often conceived as a semi-independent subpersonality subordinate to the waking conscious mind. The term has therapeutic applications in counseling and health settings. The concept became known to a broader audience through books by John Bradshaw, Margaret Paul and Erika Chopich.

Vegetotherapy is a form of Reichian psychotherapy that involves the physical manifestations of emotions.

Somatic experiencing is a form of alternative therapy aimed at relieving the symptoms of post-traumatic stress disorder (PTSD) and other mental and physical trauma-related health problems by focusing on the client's perceived body sensations. It was developed by trauma therapist Peter A. Levine.

A scream is a loud vocalization in which air is passed through the vocal folds with greater force than is used in regular or close-distance vocalisation. This can be performed by any creature possessing lungs, including humans.

"Mother" is a song by English musician John Lennon, first released on his 1970 album John Lennon/Plastic Ono Band. An edited version of the song was issued as a single in the United States on Apple Records, on 28 December 1970. The single edit runs 1:41 shorter than the album due to removing the tolling bells that start the song and a quicker fade-out. The B-side features "Why" by Yoko Ono. The song peaked in the United States at number 19 on the Cashbox Top 100 and number 43 on the Billboard Hot 100.

Crazy Therapies: What Are They? Do They Work? is a book by the psychologist Margaret Singer and the sociologist Janja Lalich. It was published by Jossey-Bass in 1996.

The Center for Feeling Therapy was a radical psychotherapy community that existed in Los Angeles between 1971 and 1980. At its peak it had 350 resident patients and 2,000 members including several branches in other locations. Although lacking the typical religious component, the group has been described as a cult by various sources, including ex-members, researchers, and a judge. The Center was led by Richard "Riggs" Corriere and Joseph Hart, who would ultimately be stripped of their licenses to practice psychology as a result of the fallout from the group's collapse. The rise and fall of the Center has been called the greatest scandal in the history of psychology and led to the biggest psychology-related lawsuit of its time.

Armand F. DiMele was a psychotherapist and radio broadcaster from New York. He was a Board Certified Diplomate in Clinical Social Work, a Certified Rehabilitation Specialist and a registered graduate education Supervisor.

William Swartley (1927–1979) was a Canadian psychologist who pioneered the primal integration mode of personal exploration.

The Atlantis Primal Therapy Commune or The Atlantis Foundation is a commune established in Ireland in 1974. It is also known as The Screamers for their practice of primal scream therapy. The commune moved to Colombia in 1989, where they increasingly focused on ecological concerns. Two of its members, one a grandson of the founder, were killed by Revolutionary Armed Forces of Colombia (FARC) rebels in 2000.