Last updated June 20, 2021
In this Japanese name, the surname is Asakura.

Yoshikage was born at the Asakura clan castle in Echizen Province, Ichijōdani Castle, in the present-day Kidanouchi district of Fukui, Fukui Prefecture. His father was Asakura Takakage (1493–1548) and his mother is presumed to be the daughter of Takeda Motomitsu. [3] The Asakura had displaced the Shiba clan as the shugo military commanders of part of Echizen in 1471. [1] Yoshikage succeeded his father as head of the Asakura clan and castle lord of Ichijōdani Castle in 1548. [2] [4] He proved to be adept at political and diplomatic management, markedly demonstrated by the Asakura negotiations with the Ikkō-ikki in Echizen. As a result of the negotiations and effective governance by Yoshikage, Echizen enjoyed a period of relative domestic stability compared to the rest of Sengoku period Japan. Consequently, Echizen became a site for refugees fleeing the violence in the Kansai region. Ichijōdani became a center of culture modeled on the capital at Kyōto. [1]

After the capture of Kyoto in 1568, Ashikaga Yoshiaki appointed Yoshikage regent and requested Asakura aid in driving Nobunaga out of the capital. [3]   As a result, in 1570, Oda Nobunaga launched an invasion of Echizen. Due to Yoshikage’s lack of military skill, Oda's forces besieged Kanegasaki Castle (in modern-day Tsuruga city), opening the entire Asakura Domain to invasion. [1] [5] [6]

Yoshikage benefited from military conflict between Oda Nobunaga and his brother-in-law, Azai Nagamasa (1545–1573).  Azai launched a pincer attack with Asakura against Nobunaga at Kanegasaki, but Nobunaga withdraw his troops, the coalition of Asakura and Azai forces failed to capture Nobunaga. [3]   Later in 1570, in the Battle of Anegawa, Yoshikage and Nagamasa were defeated by numerically superior combined forces of the Oda and Tokugawa clans lead by Nobunaga and Ieyasu (1543–1616). [1]

Yoshikage fled to Hiezan (Enryaku-ji, Hiei Monastery) after the Battle of Anegawa and negotiated a reconciliation with Nobunaga and was able to avoid conflict for three years. [3] In 1573, at Siege of Ichijodani Castle, Yoshikage was eventually betrayed by his cousin, Asakura Kageaki (1529–1574). He was forced to commit suicide by seppuku at Rokubō Kenshō-ji, a temple which was located in present-day Ōno, Fukui Prefecture. He was 39 years old. [1] [3] The Asakura clan was destroyed with the death of Yoshikage. [2]

The former Asakura residence in Fukui Prefecture was excavated in 1967 and revealed the ruins of the castle, residences, and gardens of Ichijōdani. The site has been designated a Special Places of Scenic Beauty, Special Historic Sites, and an Important Cultural Properties of Japan as the Ichijōdani Asakura Family Historic Ruins. The site covers 278 hectares (690 acres).[ citation needed ]

Echizen Province was a province of Japan in the area that is today the northern portion of Fukui Prefecture in the Hokuriku region of Japan. Echizen bordered on Kaga, Wakasa, Hida, and Ōmi Provinces. It was part of Hokurikudō Circuit. Its abbreviated form name was '.

The Sengoku period Battle of Anegawa occurred near Lake Biwa in Ōmi Province, Japan, between the allied forces of Oda Nobunaga and Tokugawa Ieyasu, against the combined forces of the Azai and Asakura clans. It is notable as the first battle that involved the alliance between Nobunaga and Ieyasu, liberated the Oda clan from its unbalanced alliance with the Azai, and saw Nobunaga's prodigious use of firearms.

The 1573 Siege of Odani Castle was the last stand of the Azai clan, one of Oda Nobunaga's chief opponents.

Shibata Katsuie or Gonroku (権六) was a Japanese samurai and military commander during the Sengoku period. He served Oda Nobunaga as one of his trusted generals, was severely wounded in the 1571 siege of Nagashima, but then fought in the 1577 Battle of Tedorigawa. 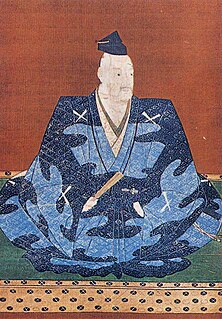 Azai Hisamasa was a son of Azai Sukemasa and the second head of the Azai clan. 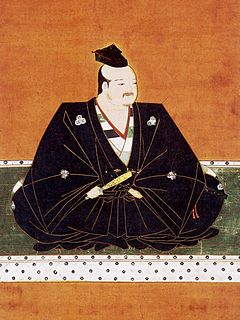 Azai Nagamasa was a Japanese daimyō of the Sengoku period known as the brother-in-law and enemy of Oda Nobunaga. Nagamasa was head of the Azai clan seated at Odani Castle in northern Ōmi Province and married Nobunaga's sister Oichi in 1564, fathering her three daughters – Yodo-dono, Ohatsu, and Oeyo – who became prominent figures in their own right.

Genki (元亀) was a Japanese era name after Eiroku and before Tenshō. This period spanned the years from April 1570 through July 1573. The reigning emperor was Ōgimachi-tennō (正親町天皇).

The Asakura clan is a Japanese kin group. 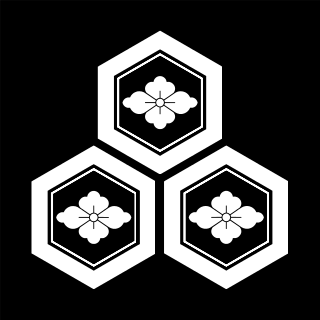 The Azai clan, also rendered as Asai, was a Japanese clan during the Sengoku period.

Miyabe Keijun was a Tendai monk from Mount Hiei in western Japan. He was the father of Miyabe Nagafusa and became a reputable administrator under Toyotomi Hideyoshi during the latter half of the Sengoku period of feudal Japan. His name could also be read as Miyabe Tsugimasu. Keijun received Miyabe Castle from Azai Nagamasa when he gave his support to the Azai clan. Fighting against the Oda clan during the Battle of Anegawa in 1570, Nagamasa and his counterpart Asakura Yoshikage were defeated, prompting Keijun to distrust his lord's ability, but not to the point in which he was willing to defect. In 1573, Oda Nobunaga laid siege to the Azai clan's Sawayama Castle, which was held by Isono Kazumasa. The castle fell after a siege that lasted over three months. In response, Nagamasa took Kazumasa's elderly mother, who he held hostage in Odani Castle, to the execution grounds for death. Keijun became enraged at the backstabbing qualities of Nagamasa, defected to Nobunaga and assisted him in the downfall of the Azai. As both Nagamasa and the Azai were entirely put into extinction after his defection, Keijun served under Nobunaga until the latter's death in 1582, at which time he then came to serve Toyotomi Hideyoshi, largely assisting him by means of administration and agricultural production.

The 1570 Siege of Kanegasaki occurred during Oda Nobunaga's struggle against the Asakura clan in Echizen province, which was allied with Azai Nagamasa.

The 1573 Siege of Hikida Castle was one of many battles the warlord Oda Nobunaga fought against the Azai and Asakura clans during Japan's Sengoku period. These two families were among the staunchest opponents of Nobunaga's attempts to seize land and power for himself. 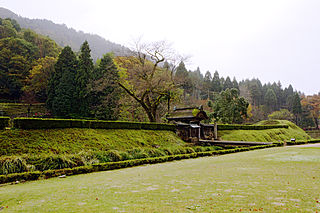 The Ichijōdani Asakura Family Historic Ruins are historic ruins located in the Kidonouchi section of the city of Fukui, Fukui Prefecture, in the Hokuriku region of Japan. This area was controlled by the Asakura clan for 103 years during the Sengoku period. It is designated as Special Historic Site in 1971, and in June 2007 2,343 artifacts were designated as Important Cultural Property.

Fukui is the capital city of Fukui Prefecture, Japan. As of 1 July 2018, the city had an estimated population of 264,217, and a population density of 69.2 persons per km2, in 102,935 households. Its total area is 536.41 square kilometres (207.11 sq mi). Most of the population lives in a small central area; the city limits include rural plains, mountainous areas, and suburban sprawl along the Route 8 bypass.

The 1573 Siege of Ichijōdani Castle was undertaken by Oda Nobunaga, a powerful warlord (daimyō) of Japan's Sengoku period. It was one of several actions taken in a series of campaigns against the Asakura and Azai clans, which opposed his growing power.

Gamō Ujisato or Gamō Utahide was a Japanese daimyō of the Sengoku and Azuchi–Momoyama periods. The heir and son of Gamō Katahide, lord of Hino Castle in Ōmi Province, he later held Matsusaka and finally Aizuwakamatsu Castle in Mutsu Province. He also controlled Obama Castle through one of his retainers, Gamō Chūzaemon.

Asakura Kagetake was a Japanese samurai of the Sengoku era from Asakura clan. 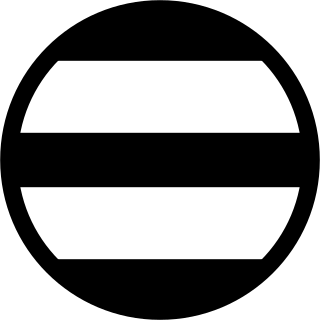 Shiba clan was a Japanese clan. 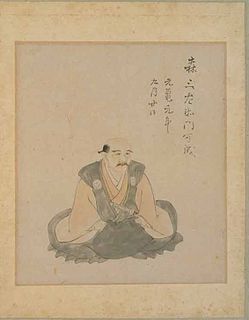 Mori Yoshinari was a Japanese samurai of the Sengoku period and the head of the Mori clan (Genji) family, who served the Saitō clan. The Saitō were the lords of Mino province. He defected towards the Oda Nobunaga for unknown reasons.

Somayama Castle was a Kamakura period yamashiro-style Japanese castle located in the town of Nanjō, Fukui Prefecture in the Hokuriku region of Honshu, Japan. The ruins have been protected as a National Historic Site since 1934, with the area under protection expanded in 1979.