Last updated March 11, 2019
In this Japanese name, the family name is Ashikaga.

The Shōgun was the military dictator of Japan during the period from 1185 to 1868. The shogunate was their administration or government. In most of this period, the shōguns were the de facto rulers of the country, although nominally they were appointed by the Emperor as a ceremonial formality. The shōguns held almost absolute power over territories through military means. Nevertheless, an unusual situation occurred in the Kamakura period (1199–1333) upon the death of the first shōgun, whereby the Hōjō clan's hereditary titles of shikken (1199–1256) and tokusō (1256–1333) dominated the shogunate as dictatorial positions, collectively known as the Regent Rule (執権政治). The shōguns during this 134-year period met the same fate as the Emperor and were reduced to figurehead status until a coup d'état in 1333, when the shōgun was restored to power in the name of the Emperor.

The Ashikaga shogunate, also known as the Muromachi shogunate, was a dynasty originating from one of the plethora of Japanese daimyō which governed Japan from 1338 to 1573, the year in which Oda Nobunaga deposed Ashikaga Yoshiaki. The heads of government were the shōgun. Each was a member of the Ashikaga clan. 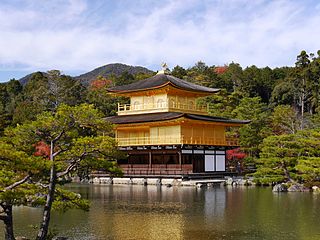 The Muromachi period is a division of Japanese history running from approximately 1336 to 1573. The period marks the governance of the Muromachi or Ashikaga shogunate, which was officially established in 1338 by the first Muromachi shōgun, Ashikaga Takauji, two years after the brief Kenmu Restoration (1333–36) of imperial rule was brought to a close. The period ended in 1573 when the 15th and last shogun of this line, Ashikaga Yoshiaki, was driven out of the capital in Kyoto by Oda Nobunaga.

Yoshitane was the son of Ashikaga Yoshimi and grandson of the sixth shōgun Ashikaga Yoshinori. In his early life, he was named Yoshiki (sometimes translated as Yoshimura), and then Yoshitada [3] — including the period of when he is first installed as shōgun; however, he changed his name to Yoshitane in 1501 in a period when he was temporarily exiled, and it is by this name that he is generally known today. [4]

The 9th shōgun Ashikaga Yoshihisa died in 1489 on a battlefield of southern Ōmi Province. Yoshihisa left no heir; and Yoshitane became Sei-i Taishōgun a year later. [5] 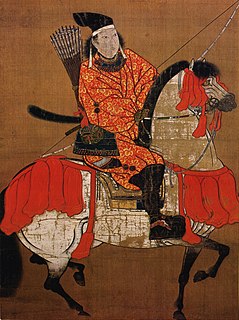 Ōmi Province is an old province of Japan, which today comprises Shiga Prefecture. It was one of the provinces that made up the Tōsandō circuit. Its nickname is Gōshū (江州).

Ashikaga Yoshitsuna was a Japanese samurai of the Ashikaga clan during the Sengoku period of Japan's history.

Significant events which shaped the period during which Yoshitane was shōgun: [3]

Hōjō Sōun was the first head of the Later Hōjō clan, one of the major powers in Japan's Sengoku period. Born Ise Moritoki, he was originally known as Ise Shinkurō (新九郎), a samurai of Taira lineage from a reputable family of shogunate officials. Although he only belonged to a side branch of the main, more prestigious Ise family, he fought his way up, gaining territory and changing his name in imitation of the illustrious Hōjō. 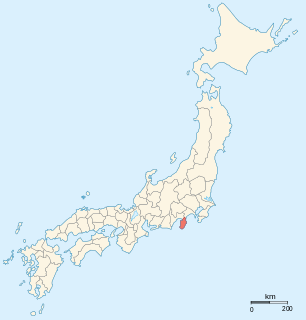 In 1493, Yoshitane lost in a power struggle against Hosokawa Masamoto and was formally replaced by the eleventh shōgun, Ashikaga Yoshizumi. [6]

Eventually, after a further power struggle with the Hosokawa clan and Hosokawa Takakuni, Yoshitane was forced to withdraw to Awaji Island. He died in Awa province, on the island of Shikoku. [8]

Hosokawa Takakuni arranged for the replacement of Yoshitane with the twelfth shōgun, Ashikaga Yoshiharu. [8]

Shōgun Yoshitane adopted the son of Yoshizumi who was his cousin, Ashikaga Yoshitsuna and he designated Yoshitsuna as his heir and as his anticipated successor as shogun. [9] However, when Yoshitane died prematurely, he was not succeeded by who he had chosen; rather, his father's newly designated heir was accepted by the shogunate as shōgun Yoshizumi. [10]

Eventually, the great-grandson of Yoshitane would be installed as a puppet shōgun for a brief period, but external power struggles would unseat him, and the Ashikaga dynasty of shōguns would end. [10]

The years in which Yoshitane was shogun are more specifically identified by more than one era name or nengō . [11] 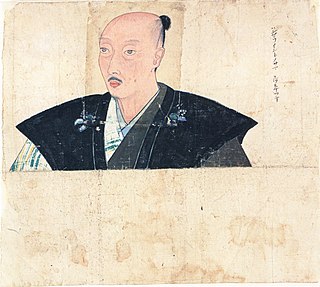 Ashikaga Yoshiharu was the twelfth shōgun of the Ashikaga shogunate who held the reins of supreme power from 1521 through 1546 during the late Muromachi period of Japan. He was the son of the eleventh shōgun Ashikaga Yoshizumi.His childhood name was Kameomaru (亀王丸).

Ashikaga Yoshihide was the 14th shōgun of the Ashikaga shogunate who held nominal power for a few months in 1568 during the Muromachi period of Japan. When he became shōgun, he changed his name to Yoshinaga, but he is more conventionally recognized today by the name Yoshihide. 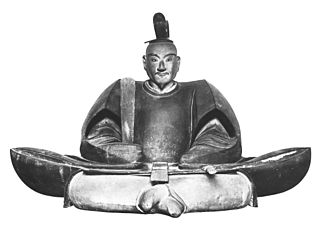 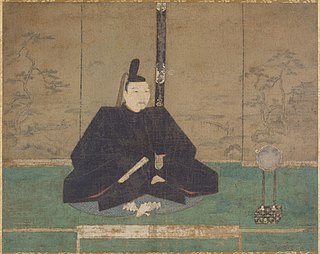 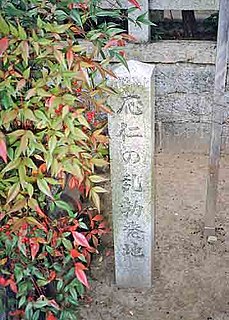 The Ōnin War was a civil war that lasted from 1467 to 1477, during the Muromachi period in Japan. Ōnin refers to the Japanese era during which the war was fought. A dispute between Hosokawa Katsumoto and Yamana Sōzen escalated into a nationwide war involving the Ashikaga shogunate and a number of daimyō in many regions of Japan.

Eishō (永正) was a Japanese era name after Bunki and before Daiei. The period spanned the years from February 1504 through August 1521. The reigning emperor was Go-Kashiwabara-tennō (後柏原天皇).

Entoku (延徳) was a Japanese era name after Chōkyō and before Meio. This period spanned the years from August 1489 through July 1492. The reigning emperor was Go-Tsuchimikado-tennō (後土御門天皇).

Kanrei(管領) or, more rarely, kanryō, was a high political post in feudal Japan; it is usually translated as shōgun's deputy. After 1349, there were actually two Kanrei, the Kyoto Kanrei and the Kantō Kanrei.

Hosokawa Takakuni was the most powerful military commander in the Muromachi period under Ashikaga Yoshiharu, the twelfth shōgun. His father was Hosokawa Masaharu, who was the branch of the Hosokawa clan.His childhood name was Rokuro (六郎). 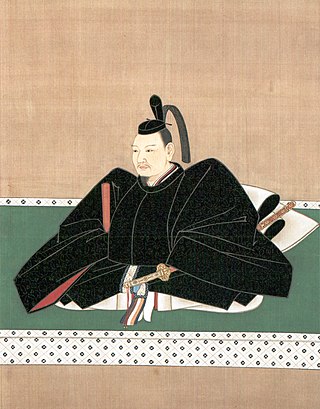 Hosakawa Masamoto was a deputy-shōgun of the Hosokawa clan of Japan, and son of Hosokawa Katsumoto. Masamoto was appointed to this rank during 1486. For a brief period this title was lost by Hatakeyama Masanaga but was regained in time. When Ashikaga Yoshihisa died childless during the year of 1489, Masamoto supported the nomination of Ashikaga Yoshizumi as successor. Masamoto thought that the post of deputy-shogun would return to Hosokawa Masanaga due to Yoshitane's closeness with Hatakeyama Masanaga and his own objections to Yoshitane's rise. During Masanaga's struggle with a rival branch of the Hatakeyama clan, Yoshitane led troops to the assistance of Masanaga. Masamoto then assisted his force to the Hatakeyama, ultimately defeating those of Masanaga and Yoshitane. Masanaga killed himself during the battle and Yoshitane became a prisoner at Kyoto. His childhood name was Sumiakamaru (聡明丸).