Fatima-Zohra Imalayen (30 June 1936 – 6 February 2015), known by her pen name Assia Djebar (Arabic : آسيا جبار‎), was an Algerian novelist, translator and filmmaker. Most of her works deal with obstacles faced by women, and she is noted for her feminist stance. She is "frequently associated with women's writing movements, her novels are clearly focused on the creation of a genealogy of Algerian women, and her political stance is virulently anti-patriarchal as much as it is anti-colonial." [1] Djebar is considered to be one of North Africa's pre-eminent and most influential writers. She was elected to the Académie française on 16 June 2005, the first writer from the Maghreb to achieve such recognition. For the entire body of her work she was awarded the 1996 Neustadt International Prize for Literature. She was often named as a contender for the Nobel Prize for Literature. [2]

Djebar was born Fatima-Zehra Imalayen on 30 June 1936 in Cherchell, Algeria, to Tahar Imalhayène and Bahia Sahraoui, a family of Berber origin. [3] She was raised in Cherchell, a small seaport village near Algiers in the Province of Aïn Defla. Djebar's father was an educator, teaching the French language at Mouzaïaville, a primary school she attended. Later, Djebar attended a Quranic private boarding school in Blida, where she was one of only two girls. She studied at Collège de Blida, a high school in Algiers, where she was the only Muslim in her class. [4] She attended the École normale supérieure de jeunes filles in 1955, becoming the first Algerian and Muslim woman to be educated at France's most elite schools. [5] Her studies were interrupted by the Algerian War, but she later went on to continue her education in Tunis. [6]

In 1957, she chose the pen name Assia Djebar for the publication of her first novel, La Soif ("The Thirst"). Another book, Les Impatients, followed the next year. Also in 1958, she and Ahmed Ould-Rouïs began a marriage that would eventually end in divorce. Djebar taught at the University of Rabat (1959-1962) and then at the University of Algiers. [7]

In 1962, Djebar returned to Algeria and published Les Enfants du Nouveau Monde, and followed that in 1967 with Les Alouettes Naïves. She lived in Paris between 1965 and 1974 before returning to Algeria again. She remarried in 1980 to the Algerian poet Malek Alloula. The couple lived in Paris, where she had a research appointment at the Algerian Cultural Center. [8]

In 1985, Djebar published L'Amour, la fantasia (translated as Fantasia: An Algerian Cavalcade, Heinemann, 1993), in which she "repeatedly states her ambivalence about language, about her identification as a Western-educated, Algerian, feminist, Muslim intellectual, about her role as spokesperson for Algerian women as well as for women in general." [9]

In 2005, Djebar was elected to France's foremost literary institution, the Académie française, an institution tasked with guarding the heritage of the French language and whose members, known as the "immortals", are chosen for life. She was the first writer from North Africa to be elected to the organization. [10] and the fifth woman to join the Academy. [11] Djebar was a Silver Chair professor of Francophone literature at New York University. [7]

Djebar was known as a voice of reform for Islam across the Arab world, especially in the field of advocating for increased rights for women. [5]

In 1996, Djebar won the prestigious Neustadt International Prize for Literature for her contribution to world literature. [14]

The following year, she won the Marguerite Yourcenar Prize. [13]

On 30 June 2017 Google dedicated a Doodle to the novelist for the 81st anniversary of her birth. The Doodle reached all the countries of the Arab World. [15]

Mount Chenoua is a mountain range in northern Algeria. It is located between Cherchell and Tipaza on the Mediterranean coast, just west of Algiers. There are marble quarries on the side of the mountain.

The Neustadt International Prize for Literature is a biennial award for literature sponsored by the University of Oklahoma and its international literary publication, World Literature Today. It is considered one of the more prestigious international literary prizes, often compared with the Nobel Prize in Literature. The New York Times called the prize “The Oklahoma Nobel” in 1982 and the prize is sometimes referred to as the “American Nobel”. Since it was founded in 1970, some 30 of its laureates, candidates, or jurors have also been awarded Nobel Prizes. Like the Nobel, it is awarded to individuals for their entire body of work, not for a single one.

Zoé Oldenbourg was a Russian-born French popular historian and novelist who specialized in medieval French history, in particular the Crusades and Cathars.

Fatima Gallaire, née Bourega, is a Franco-Algerian playwright and author of short stories, who writes in French. Born in Algeria, she holds a degree in French literature from the University of Algiers, and one in cinema from Paris 8 University. She has written over twenty plays, many of which have been translated and performed in languages including English, Italian, German, Spanish and Uzbek. These include Princesses, translated as You have come back, and Les Co-épouses, translated as House of Wives. She received the Arletty Prize for Drama in 1990 and the Académie française AMIC award in 1994.

Leïla Sebbar is a French-Algerian author. 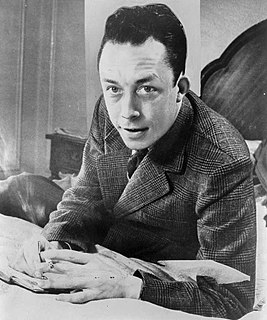 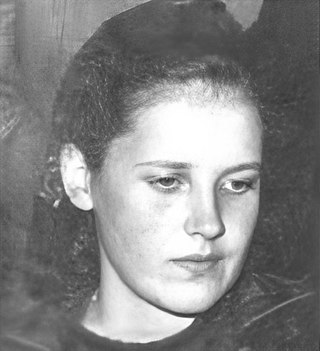 Danièle Minne was one of the few European women convicted for assisting the FLN during the Algerian War. Her mother Jacqueline Netter-Minne-Guerroudj and her stepfather Abdelkader Guerroudj, were both condemned to death as accomplices of Fernand Iveton, the only European who was guillotined for his part in the Algerian revolt. Her mother was never executed, partly due to a campaign on her behalf conducted by Simone de Beauvoir; her stepfather was also freed.

Carlos Alvarado-Larroucau is an Argentine-born French author, born in Argentina in 1964.

Far from Medina is a 1991 novel by the Algerian writer Assia Djebar. The story revolves around a group of women contemporary with the Islamic prophet Muhammad. An English translation by Dorothy S. Blair was published through Quartet Books in 1994.

Hamdan ben Othman Khodja (1773–1842) was an Algerian dignitary and scholar. He wrote the book "Le Miroir" in which he denounced the encroachments by French soldiers in Algiers, thus becoming the first essayist on this subject.

Laurence Plazenet is a French novelist. She was born in Paris and studied at the Ecole Normale Supérieure. A literature PhD, she taught at Sorbonne, and studied at Princeton. She has written three novels:

Yamina Méchakra was an Algerian novelist and psychiatrist.

Leïla Marouane (born in 1960, in Djerba, Tunisia) is a French Algerian journalist and creative writer. Leïla Marouane is a pseudonym, her full name is Leyla Zineb Mechentel. She is an author of novels and short fiction which has received a number of awards within the French-language literature community.

Louisette Ighilahriz is an Algerian writer, former Conseil de la Nation member, and a former member of the Front de Libération Nationale (FLN) who came to widespread attention in 2000 with her story of captivity by the French in 1957-62, becoming, in the words of the American journalist Adam Shatz, "a catalyst of a debate about the legacy of the French-Algerian war".

Salim Bachi is an Algerian novelist who grew up in Annaba in eastern Algeria. After a one-year stay in Paris in 1995, he returned there in 1997 to study literature. A pensioner at the French Academy in Rome in 2005, he now lives and works in Paris.

Rabah Belamri was an Algerian writer.

Kaouther Adimi, is a writer, graduate in modern literature and human resources management. She works today in Paris, where she has lived since 2009.