Since 1 January 2018, MAHASZ combined all music recording certification into one combined "album" certifications, which includes albums and singles of all genres and origins. For Gold status an album needs to sell 2,000 units and for Platinum 4,000 units, where ten singles are counted as one album. The certification also includes streaming at a rate of 1,000 paid streams or 5,000 free streams per album. [2]

Certifications have existed in Hungary since the mid-1970s. During that period, albums had to sell 50,000 units to qualify for Gold status and singles required 100,000 units. [3]

Over the years, Mahasz awarded certifications for albums, singled and music videos (DVDs).

For pop albums, separate thresholds were in place for domestic repertoire and international repertoire, as follows.

For singles, the same thresholds applied independent of the origin and genre.

For music videos (DVDs), the same thresholds applied independent of the origin. 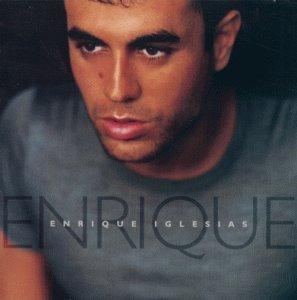 Enrique is the debut English album and fourth studio album by Enrique Iglesias recorded in English and released on 23 November 1999. The album launched two number one US Billboard Hot 100 hits, "Bailamos" and "Be with You". 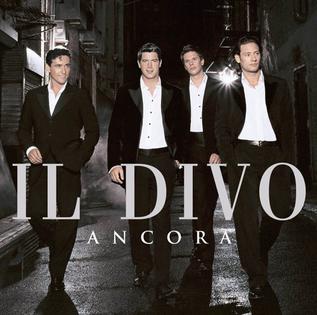 All the Best is a greatest hits album by American singer Tina Turner, released on November 1, 2004, by Parlophone. In the United States, it was released on February 1, 2005, by Capitol Records, followed by an abridged single-disc version titled All the Best: The Hits on October 4, 2005. 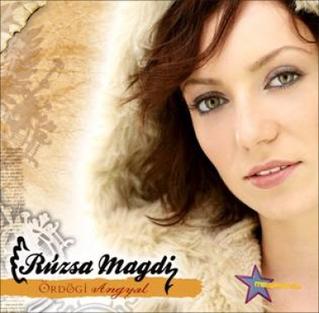 Ördögi angyal is the debut studio album by Hungarian singer Magdi Rúzsa, released on November 20, 2006 by CLS Records. The translated title reads Devilish Angel. It debuted at number one on Mahasz album chart and has been certified double-platinum in Hungary. Its first single was "Aprócska blues". 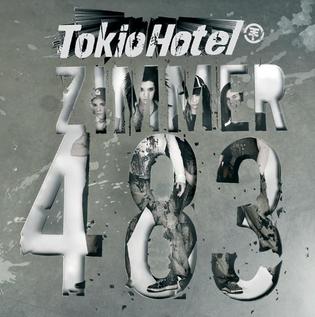 Zimmer 483 is the second studio album by the German rock band Tokio Hotel. It was released in Germany on 23 February 2007. The album yielded four singles including "Übers Ende der Welt", "Spring nicht" and "An deiner Seite ". In contrast to other Tokio Hotel releases Zimmer 483 has proven to be the most reliable when it comes to sales, with over 375,000 copies sold in just two months. It has been certified platinum in Austria. The album was initially released in a Digipak case with a bonus DVD including the promotional video for "Übers Ende der Welt", special Making-Of the video feature, Interview, and Photo gallery.

Dalriada is a folk metal band from Sopron, Hungary that was formed in 1998 as Echo of Dalriada, but shortened their name to Dalriada in late 2006. Their third studio album Kikelet and all subsequent albums were successful in the top ten of the official Mahasz music charts. Their Arany-album won the 2009 HangSúly Hungarian Metal Awards out of 70 contestants. In 2012, the band toured through Europe with Arkona and Darkest Era. 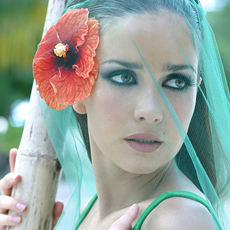 The Ultimate Collection is a compilation album released in 2010 by American singer Barbra Streisand. 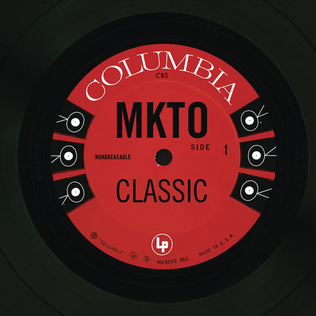 "Freaks" is a song by Australian DJ, producer and musician Timmy Trumpet and New Zealand rapper Savage released on 8 August 2014. The song topped the singles chart in New Zealand, was a top 3 hit in Australia, and charted in other countries such as France, Belgium, Hungary, Sweden, Poland and The Netherlands. It was certified gold by the Recording Industry Association of America for sales exceeding 500,000 copies, six times platinum by the Australian Recording Industry Association for sales exceeding 420,000 copies and triple platinum by Recorded Music NZ for sales exceeding 45,000 copies. Freaks has exceeded more than 500,000 streams online. 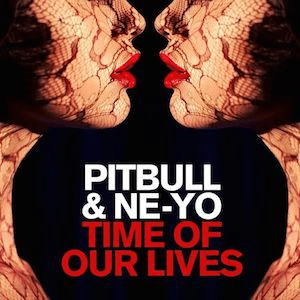 "Time of Our Lives" is a song recorded by American rapper Pitbull and American singer Ne-Yo for the former's eighth studio album Globalization and the latter's sixth studio album Non-Fiction. It was released on November 17, 2014, as the third single from the album by RCA Records. The single was produced by Dr. Luke, Cirkut, Michael "Freakin" Everett and Lifted. 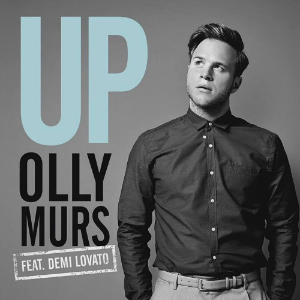 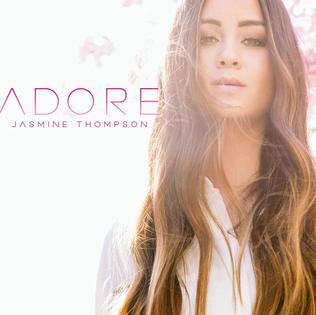 "Adore" is a song recorded by English vocalist Jasmine Thompson for her third extended play of the same name. The track was made available for digital download on 12 June 2015, through Atlantic Records. "Adore" was written by Steve Mac, Paul Gendler and Ina Wroldsen, while production was handled by Mac alone. The track peaked within the top 50 in both Italy and Belgium, ranking at number 34 and 41, respectively. Furthermore, the song has also charted at number 91 on the German Singles Chart. The recording gained major popularity in Italy, where it was certified Platinum by the Federation of the Italian Music Industry for exceeding sales of 50,000 copies. 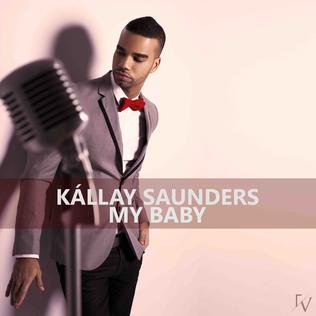 "My Baby" is a single by Hungarian artist Kállay Saunders. It was released as a single 8 August 2012 for digital download in the Hungary. My Baby was a top contender for the Hungarian Eurovision A Dal qualifiers. 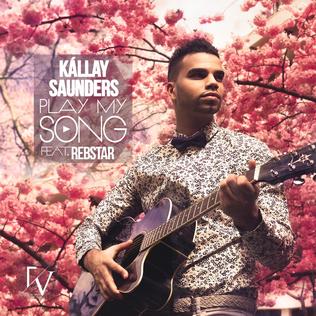 "Play My Song" is a single by American–Hungarian artist Kállay Saunders featuring Swedish rapper Rebstar. It was released on August 21, 2013, with a music video on October 7, 2013 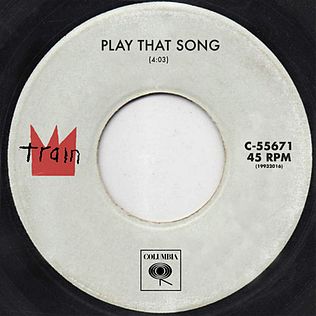 "Play That Song" is a song by American rock band Train. It was released on September 29, 2016, as the lead single from their tenth studio album A Girl, a Bottle, a Boat (2017). The song peaked at number 41 on the US Billboard Hot 100. It has been certified platinum by the ARIA and the RIAA, and gold by Music Canada.

Goodboys are an English house music group consisting of Joshua Grimmett and Ethan Shore. Their breakthrough song "Piece of Your Heart", which was a collaboration with Italian production trio Meduza, reached number 2 on the UK Singles Chart and received a 2019 Grammy nomination for "Best Dance Recording". Their next single, "Lose Control", also with Meduza and with vocals from English singer Becky Hill was also a hit internationally. 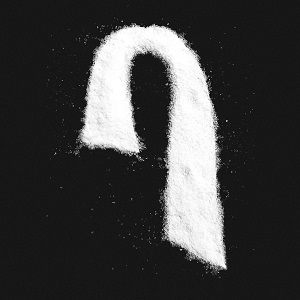 "Salt" is a song by American singer Ava Max, released on December 12, 2019, through Atlantic Records as the fourth single from her debut studio album, Heaven & Hell (2020). The song was initially released on YouTube and SoundCloud in 2018, before being re-released on streaming services. It was written by Max, Autumn Rowe, Madison Love, Nicole Morier, and the producer Cirkut. The dance-pop song is regarded as a "fan-favorite" by several publications, who praised the upbeat production. "Salt" peaked at number one in Poland, and charted in the top 10 in Austria, CIS, Finland, Germany, Norway, Russia, Ukraine, and Switzerland. The song received a quadruple platinum certification in Poland and Norway, and was certified platinum in four countries. 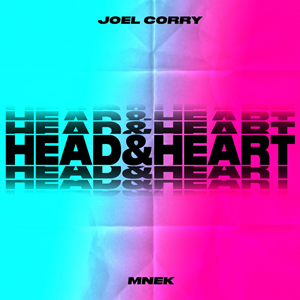 "Head & Heart" is a song by English DJ and producer Joel Corry and English singer MNEK. It was released as a single on 3 July 2020. The song reached number one on the UK Singles Chart in July 2020, becoming the first chart-topper for both Corry and MNEK in their native country. The song has also entered the US Billboard Hot 100; it is the first and second entry on the chart for Joel Corry and MNEK, respectively. The song was nominated for the Brit Award for Song of the Year at the 2021 ceremony.