The Aten asteroids are a dynamical group of asteroids whose orbits bring them into proximity with Earth. By definition, Atens are Earth-crossing asteroids (a  < 1.0  AU and Q  > 0.983 AU). [1] The group is named after 2062 Aten, the first of its kind, discovered on 7 January 1976 by American astronomer Eleanor Helin at Palomar Observatory. As of 2020, 1841 Atens have been discovered, of which 13 are named. [2] Many Atens are classified as potentially hazardous asteroids. [3] [4]

Aten asteroids are defined by having a semi-major axis (a) of less than 1.0 astronomical unit (AU), the roughly average distance from the Earth to the Sun. They also have an aphelion (Q; furthest distance from the Sun) greater than 0.983 AU. [1] This defines them as Earth-crossing asteroids as the orbit of Earth varies between 0.983 and 1.017 AU.

Asteroids' orbits can be highly eccentric. Nearly all known Aten asteroids have an aphelion greater than 1 AU. Observation of objects inferior to the Earth's orbit is difficult, and this difficulty may contribute to sampling bias in the apparent preponderance of eccentric Atens. Aten asteroids account for only about 7.4% of the known near-Earth asteroid population. [4] Many more Apollo-class asteroids are known than Aten-class asteroids, possibly because of the sampling bias.

The shortest semi-major axis for any known Aten asteroid is 0.580 AU, for object 2016 XK24. [3] The Aten asteroid with the smallest known perihelion is also the one with the highest known eccentricity: (137924) 2000 BD19 has an orbit with an eccentricity of 0.895, which takes it from a perihelion of 0.092 AU, well within Mercury's orbit, to an aphelion of 1.66 AU, which is greater than the semi-major axis of Mars (1.53 AU). For a brief time near the end of 2004, the asteroid 99942 Apophis (then known only by its provisional designation 2004 MN4) apparently posed a threat of impacting Earth in 2029 or 2036, but earlier observations were found that eliminated those possibilities. [5] 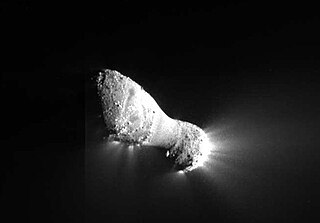 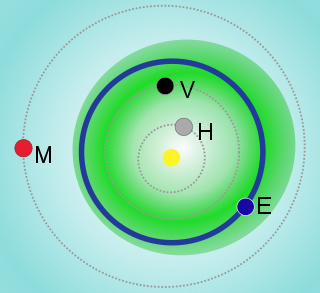 The Apollo asteroids are a group of near-Earth asteroids named after 1862 Apollo, discovered by German astronomer Karl Reinmuth in the 1930s. They are Earth-crossing asteroids that have an orbital semi-major axis greater than that of the Earth but perihelion distances less than the Earth's aphelion distance. 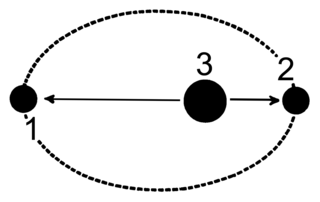 An apsis is the farthest or nearest point in the orbit of a planetary body about its primary body. The apsides of Earth's orbit of the Sun are two: the aphelion, where Earth is farthest from the sun, and the perihelion, where it is nearest. "Apsides" can also refer to the distance of the extreme range of an object orbiting a host body. 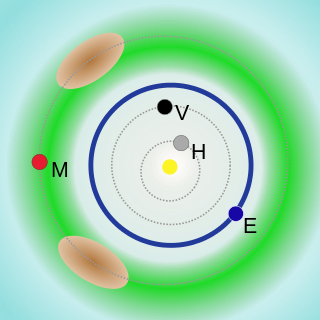 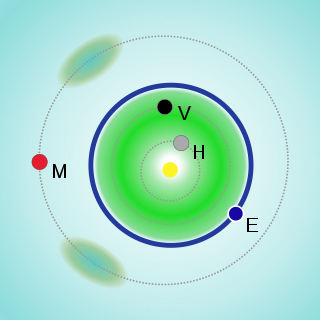 Atira asteroids or Apohele asteroids, also known as interior-Earth objects (IEOs), are asteroids whose orbits are entirely confined within Earth's orbit; that is, their orbit has an aphelion smaller than Earth's perihelion, which is 0.983 astronomical units (AU). Atira asteroids are by far the smallest group of near-Earth objects, compared to the Aten, Apollo and Amor asteroids.

(137924) 2000 BD19, provisional designation 2000 BD19, is a 970-meter asteroid and near-Earth object with the second smallest perihelion of any numbered asteroid (0.092 AU—38% of Mercury's orbital radius). With its high eccentricity, not only does 2000 BD19 get very close to the Sun, but it also travels relatively far away from it. It has the third largest aphelion of any numbered Aten asteroid and is one of a small group of Aten asteroids that is also a Mars grazer. Its orbital elements indicate that may be an extinct comet. It hasn't been seen displaying cometary activity so far.

99942 Apophis is a near-Earth asteroid and potentially hazardous asteroid with a diameter of 370 metres that caused a short period of concern in December 2004 when initial observations briefly indicated a probability up to 2.7% that it would hit Earth on April 13, 2029. Additional observations provided improved predictions that eliminated the possibility of an impact on Earth in 2029. Until 2006, a small probability however remained that Apophis would pass during its 2029 close encounter with Earth through a gravitational keyhole of no more than about 800 metres in diameter, which would have set up a future impact exactly seven years later on April 13, 2036. This possibility kept it at Level 1 on the Torino impact hazard scale until August 2006, when the probability that Apophis would pass through the keyhole was determined to be very small and Apophis's rating on the Torino scale was lowered to zero. By 2008, the keyhole had been determined to be less than 1 km wide. During the short time when it had been of greatest concern, Apophis set the record for highest rating ever on the Torino scale, reaching level 4 on December 27, 2004.

163693 Atira, provisional designation 2003 CP20, is a stony asteroid, dwelling in the interior of Earth's orbit. It is classified as a near-Earth object. Atira is a binary asteroid, a system of two asteroids orbiting their common barycenter. The primary component with a diameter of approximately 4.8 kilometers (3 miles) is orbited by a minor-planet moon that measures about 1 km (0.6 mi). Atira was discovered on 11 February 2003, by astronomers with the Lincoln Near-Earth Asteroid Research at Lincoln Laboratory's Experimental Test Site near Socorro, New Mexico, in the United States.

(459883) 2014 JX55 is an asteroid from the central regions of the asteroid belt. After its first observations as 2007 EB26 in 2007, it was considered an inner heliospheric asteroid and near-Earth object with one of the closest perihelion ever observed of any body orbiting the Sun, until further observations invalidated the conclusions from early observations. The object measures approximately 2.8 kilometers (1.7 miles) in diameter.

2002 RN109 is a trans-Neptunian object and damocloid on a highly eccentric, cometary-like orbit. It was first observed on 6 September 2002, by astronomers with the Lincoln Near-Earth Asteroid Research at the Lincoln Lab's ETS near Socorro, New Mexico, in the United States. The unusual object measures approximately 4 kilometers (2 miles) in diameter. It has the second highest orbital eccentricity of any known minor planet, after 2005 VX3.

2010 GZ60 was originally estimated by JPL to be a near-Earth asteroid approximately 2 kilometers (1.2 miles) in diameter. But is now known to be an asteroid from the inner region of the asteroid belt that does not get closer than 1.5 AU (220 million km) to Earth.

2019 AQ3 is an inclined near-Earth object of the small Atira group from the innermost region of the Solar System, estimated to measure 1.4 kilometers (0.9 miles) in diameter. Among the hundreds of thousands known asteroids, 2019 AQ3's orbit was thought to have likely the smallest semi-major axis (0.589 AU) and aphelion (0.77 AU), that is, the orbit's average distance and farthest point from the Sun, respectively. The object was first observed on 4 January 2019, by astronomers at Palomar's Zwicky Transient Facility in California, with recovered images dating back to 2015.

2006 QQ23 is a sub-kilometre asteroid, classified as a near-Earth object of the Aten group that is potentially hazardous only as the orbit evolves over millennia. It was first observed on 21 August 2006 by the Siding Spring Survey. On 10 August 2019, the object safely passed 7.4 million kilometres (4.6 million miles) from Earth. With a 12 year observation arc it has a well determined orbit and is not a threat for the foreseeable future.

2019 UN13 is a small near-Earth asteroid roughly 1–2 meters in diameter. Even though the asteroid was in the night sky for months, it was fainter than the sky survey limit of apparent magnitude 24 until 29 October 2019 when the asteroid was two million km from Earth. It was discovered on October 31, 2019, passing 6,200 km above Earth's surface.

2020 AV2, also known by its internal designation ZTF09k5, is a near-Earth asteroid discovered by the Zwicky Transient Facility on 4 January 2020. It is the first asteroid discovered to have an orbit completely within Venus's orbit, and is thus the first and only known member of the inner-Venusian Vatira population of Atira-class asteroids. 2020 AV2 has the smallest known aphelion and second-smallest known semi-major axis among all asteroids. With an absolute magnitude around 16.4, the asteroid is expected to be larger than 1 km in diameter.

2014 ST373 (prov. designation:2014 ST373) is a trans-Neptunian object and a detached object from the outermost region of the Solar System. With a perihelion of 50.2 AU, it belongs to the top 10 minor planets with the highest known perihelia of our Solar System. and is neither a scattered disc nor an extreme trans-Neptunian object. It measures approximately 370 kilometers (230 miles) in diameter and was first observed on 25 September 2014, by astronomers using the Dark Energy Camera (DECam) at Cerro Tololo Inter-American Observatory in Chile.

2019 PG1 is a sub-kilometer near-Earth object and potentially hazardous asteroid of the Apollo class, discovered by Pan-STARRS on 8 August 2019, two weeks after it passed Earth at 62 LD. With an observation arc of 103 days, Earth approach dates become divergent by 2042 as the date of closest approach in 2042 has an uncertainty of ±3 days.