Tomomatsu was born in Nagoya, Aichi prefecture, Japan in 1948. He received his B.S. degree in biological chemistry from Saitama University in 1973 and his M.S. and Ph.D. degrees, both in plant biochemistry, from Nagoya University in 1975 and 1980, respectively.

Tomomatsu started his professional career at Japan International Cooperation Agency (JICA) in 1980 and worked as an international development specialist in Indonesia (Bogor Agricultural University) 1980–83, the Kingdom of Thailand (Kasetsart University) in 1985, USA (International Food Policy Research Institute) 1986–88, and as a member of the delegation of the Government of Japan to General Assembly of the United Nations (UN) and International Monetary Fund (IMF) in 1987.

Tomomatsu changed his place of work from an international aid agency to a university in 1991 and devoted himself to research and education as an associate professor and a professor since 1994 at Utsunomiya University, Japan. He also taught at the University of Tokyo 1997-2007 and took part in the administration of Utsunomiya University as a special advisor to the president 2005–08. He established Halal Research Utsunomiya, a non-profit organization to propagate an idea of halal to Japanese society to provide Muslims, both locals and tourists, with more comfortable conditions. After Tomomatsu retired from Utsunomiya University in 2014, he established F & T Japan ltd. for halal consultancy and business management. He received a Ph.D. in Agriculture in 1980 from Nagoya University.

Tomomatsu studied plant biochemistry under the supervision of Prof. Ikuzo Uritani and Associate Prof. Tadashi Asahi at the graduate school of Nagoya University. After he had finished academic career, he worked as an international development specialist of JICA in Southeast Asia, South Asia and Africa where he participated in formation, implementation and evaluation of Japan's Official Development Assistance (ODA) projects.

He made a significant contribution to the development of 12 countries in the third world in such various fields as agricultural development, social development, and education and research cooperation where he attempted to introduce empirical and experimental study to university education in Indonesia and Thailand, promoted exports of cash crops from Bhutan to India, helped establishing research institutes of basic medical science in Thailand and Kenya, and participated in food policy research in USA and Indonesia.

Based on his wide range of job experience, Tomomatsu found a philosophy of site-oriented action, which presents the principle of development work as “in the beginning there are problems, not a specialization.” At Utsunomiya University he educated action-oriented approaches, in international development cooperation, such as development facilitation and development intelligence, and proposed global career education for developing globally active manpower.

Tomomatsu is the Chairperson of Halal Research Utsunomiya since 2013, KDDI Foundation Prize in 2015, and a member of the board of trustees of Food-Kansei Communications since 2015, and an Associate International Expert at the Secretariat of Association of Southeast Asian Nations (ASEAN) since 2017, as well as being a lecturer at the Open University of Japan since 2004.

The Center for International Forestry Research (CIFOR) is a non-profit scientific research organization that conducts research on the use and management of forests with a focus on tropical forests in developing countries. CIFOR is the forestry research center of the Consultative Group on International Agricultural Research (CGIAR), a network of 15 research centers around the world that focus on agricultural research for sustainable development, working closely with governments and other partners to help develop evidence-based solutions to problems related to sustainable agriculture and natural resource management. 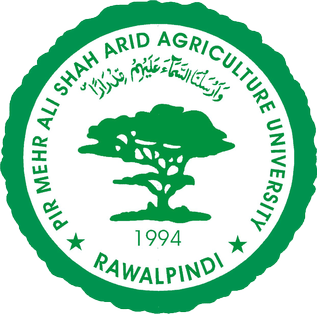 The Japan International Cooperation Agency is a governmental agency that delivers the bulk of Official Development Assistance (ODA) for the government of Japan. It is chartered with assisting economic and social growth in developing countries, and the promotion of international cooperation. The OECD’s Development Assistance Committee published a peer review of Japan’s development co-operation in October 2020. It has been led by Professor Shinichi Kitaoka, the former President of the International University of Japan, since 2015.

The Japan Bank for International Cooperation, JBIC, is a Japanese public financial institution and export credit agency that was created on October 1, 1999, through the merger of the Japan Export-Import Bank (JEXIM) and the Overseas Economic Cooperation Fund (OECF).

IPB University is a state-run agricultural university based in the regency of Bogor, Indonesia. 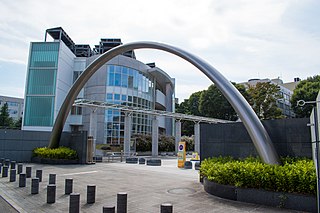 Upland rice is rice grown on dry soil rather than flooded rice paddies.

Montpellier SupAgro is a French public institution devoted to higher education and research in Agriculture, Food and Environment. Montpellier SupAgro is widely open to international issues and partnerships, with specific focus and expertise on southern and Mediterranean areas. It trains students in most of the agronomy and life sciences fields. It is part of Agropolis Fondation. The Montpellier INRA research center is also located on la Gaillarde campus.

The Faculty of Agriculture of Kagawa University specialises in pure and applied research in bioscience and biotechnology.

Gurdev Singh Khush is an agronomist and geneticist who, along with mentor Henry Beachell, received the 1996 World Food Prize for his achievements in enlarging and improving the global supply of rice during a time of exponential population growth.

The Agricultural Research Organization, Volcani Center, previously known as the Agricultural Research Station of the Jewish Agency for Palestine, is an Israeli agricultural research center. It serves as the research arm of the Ministry of Agriculture and Rural Development of the State of Israel and provides research opportunities for local and international scientists at post-graduate levels, as well as educational opportunities for Israeli and international youths, farmers and scientists. The organization supports Israeli agriculture research, focusing on plant sciences, animal sciences, plant protection, soil and environmental sciences, food sciences, and agricultural engineering. The organization was founded in 1921 in Ben Shemen, Israel, by Yitzhak Elazari Volcani, for whom it is named.

Ghana's Ministry of Food and Agriculture (MOFA) is the government agency responsible for the development and growth of agriculture in the country. The jurisdiction does not cover the cocoa, coffee or forestry sectors.

The International Tropical Fruits Network (TFNet) is an independent and self-financing global network established under the auspices of the Food and Agriculture Organization of the United Nations (FAO). It is now an intergovernmental and inter-institutional international organization, with the mandate and role to promote sustainable global development of the tropical fruit in relation to production, consumption and trade. It is membership-based, with members acting through one lead agency on inter-country decisions.

Navalpakkam Parthasarthy, (1900–1993) was an Indian geneticist, executive secretary of International Rice Commission and Rice Advisor to the governments of Liberia and Thailand. The Government of India honoured him in 1958, with the award of Padma Shri, the fourth highest Indian civilian award for his services to the nation. 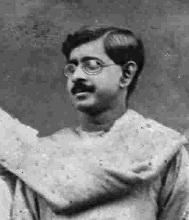 The Institute of Tropical Medicine, Nagasaki University, is an ancillary institute of Nagasaki University. The institute is located in Nagasaki, Japan and has research stations in Vietnam and Kenya. As one of the world's leading institutes for training and research in tropical medicine and health care, the institute is stipulated as a Joint Usage/ Research Center under the Ministry of Education, Culture, Sports, Science and Technology (MEXT), to spear-head academic research and, is a member of the Japan Infectious Disease Research Consortium that includes Institute of Medical Science (Japan), Osaka University and Hokkaido University.