Mohammed Attique Rahman (Urdu : محمد عتیق الرحمن‎), MC (24 June 1918 – 1 June 1996) was a three-star lieutenant general officer in the Pakistan Army, a noted military historian, and a senior government official. He was the martial law administrator (MLA) of West Pakistan in General Yahya Khan's military regime [1] He was the last Governor of West Pakistan and implemented the dissolution of the One Unit scheme, after which he became the first Governor of Punjab province.

Born on 24 June 1918, Rahman was the son of Lt Colonel Abdur Rahman RIAMC[ expand acronym ] and had two brothers. The first, Kaiser, died shortly after birth in 1915; the second was Mohammed Attaur Rahman.

Rahman was schooled at St Paul's in London, UK, and then joined the Prince of Wales Royal Indian Military Academy, Dehradun, British India, where he was awarded the Sword of Honor and the silver spurs as the best all-round Gentleman Cadet. He received a major scholarship at Cambridge.

Commissioned on 1 February 1940, Rahman joined the 4/12th Frontier Force Regiment (a.k.a. "Charwanja") and was posted to Thall, Kurram Agency, (Ahmedzai Operations) then to Datta Khel (Lower Tochi Operations). In November 1941, his battalion went to join General Slim's Fourteenth Army to fight in Burma. His best friend in the battalion was Major Sam Manekshaw, later a field marshall, with whom he had a lifelong friendship.

In 1966, promoted to lieutenant general, he commanded his first corps, IV Corps, then headquartered at Multan (later it was moved to Lahore). When General Yahya Khan's martial law was instituted on 25 March 1969, Rahman was appointed Martial Law Administrator (MLA), Zone A (West Pakistan), due to his position as Commander IV  Corps. In August 1969, Rahman was relieved by Tikka Khan and moved to I Corps at Mangla. Rahman stayed there until February 1970. He was then replaced by Lt Gen Irshad Ahmed Khan. Rahman was appointed as the Governor of West Pakistan in February 1970, replacing Air Marshal Nur Khan. He stayed as governor until the breakup of One Unit in 1971, and then became Governor of Punjab. He retired from the army and from the governorship in December 1971.

After retirement in December 1971, he wrote extensively on military issues. In 1977, General Muhammad Zia-ul-Haq appointed him as Chairman of the Federal Public Services Commission, holding this position until 1985.

Rahman received Ambassador of the Republic of India, and Star of Hungary for his role in the Hungarian Revolution of 1956 – this was awarded in 1992.

East Pakistan was the eastern provincial wing of Pakistan between 1955 and 1971, covering the territory of the modern country Bangladesh. Its land borders were with India and Myanmar, with a coastline on the Bay of Bengal. 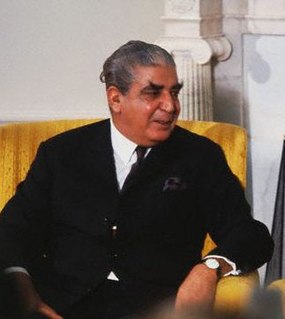 Agha Muhammad Yahya KhanNePl, widely known as Yahya Khan, was a Pakistani General who served as the third President of Pakistan, serving in this post from 25 March 1969 until turning over his presidency in December 1971.

Gul Hassan Khan, was a former lieutenant-general and the last Commander-in-Chief of Pakistan Army, serving under President Zulfikar Ali Bhutto from 20 December 1971 until 3 March 1972. 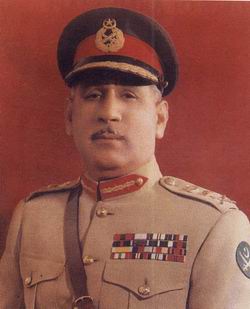 General Asif Nawaz Janjua .NI(m), HI(M), SBt, psc), was a four star rank army general in the Pakistan Army who served as the fourth Chief of Army Staff from 16 August 1991 until 8 January 1993.

Amir Abdullah Khan Niazi, HJ(Withdrawn), MC, popularly known as A.A.K. Niazi or General Niazi was a former lieutenant-general in the Pakistan Army and the last Governor of East Pakistan known for commanding the Eastern Command of the Pakistan Army in East Pakistan during the Eastern and the Western Fronts of the Indo-Pakistani war until the unilateral surrendering on the 16 December 1971 to Lieutenant General Jagjit Singh Aurora (GOC-in-C) of the Eastern Command and the Bengali Liberation Forces..

Rao Farman Ali, was a two-star general in the Pakistan Army and former political figure who is widely accused as a "conspirator" of the civil war in East Pakistan and one of directly responsible of committing the mass atrocities in East Pakistan. 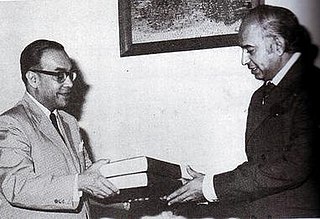 Chief Justice Hamoodur Rahman, NI. HI, was a Pakistani Bengali jurist and an academic who served as the Chief Justice of Pakistan from 18 November 1968 till 31 October 1975. 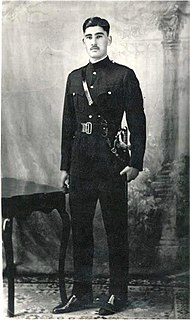 General Muhammad Musa Khan, HPk, HQA, HI, HJ, MBE, was a Pakistani four-star general, and the Commander in Chief of Pakistan Army, serving under President Ayub Khan from 1958 until 1966. He later became a politician.

The office of the Chief Martial Law Administrator was a senior government authoritative post with ZMLA as Zonal Martial Law Administrator as deputies created in countries such as Pakistan, Bangladesh and Indonesia that gave considerable executive authority and powers to the holder of the post to enforce martial law in the country in an events to ensure the continuity of government. This office has been used mostly by military officers staging a coup d'état. On some occasions, the office has been under a civilian head of state.

Muhammad Azam Khan (1908–1994) was a senior general of the Pakistan army who was a minister under Field Marshal Ayub Khan, the first military ruler of Pakistan. Azam was the first commander of Pakistan Army's first corps, the I Corps, he was also a former Governor of East Pakistan.

The political history of Pakistan is the narrative and analysis of political events, ideas, movements, and leaders of Pakistan. Pakistan gained independence from the United Kingdom on 14 August 1947, when the Presidencies and provinces of British India was divided by the United Kingdom, in a region which is commonly referred to as the Indian subcontinent. Since its independence, Pakistan has had a colorful yet turbulent political history at times, often characterized by martial law and inefficient leadership.

General Abdul Hamid Khan, HQA, SPk, SQA, was a senior officer in the Pakistan Army, serving as the Chief of Staff of the Pakistan Army under President Yahya Khan and leading the army during the events in the Indo-Pakistani War in 1971.

The IV Corps is a corps of Pakistan Army. Having established in 1965 after the Indo-Pakistani September War, it is currently stationed in Lahore, Punjab Province of Pakistan. The current corps commander is Lieutenant General Majid Ehsan. 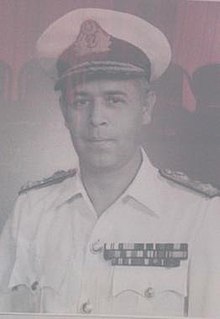 Vice-Admiral Syed Mohammad AhsanHQA, SPk, DSO, often known as S. M. Ahsan, was a three-star rank admiral in the Pakistan Navy, politician, and the Commander in Chief of the Pakistan Navy, serving under President Ayub Khan from 1966 until 1969.

General Mohammad Iqbal Khan, was a retired four-star rank army general in the Pakistan Army who served as the Chairman Joint Chiefs of Staff Committee from being appointed in 1980 until 1984.

Vice-Admiral Afzal Akram Rahman Khan, HQA, HPk, HJ, was a three-star rank admiral, politician, and the Commander in Chief of Pakistan Navy, serving under President Ayub Khan from 1959 until 1966. 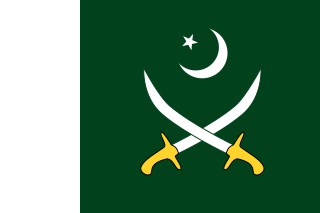 Ghulam Jilani Khan (1925–1999), Urdu: غلام جيلانى خان‎, was a three-star lieutenant general officer in the Pakistan Army who served as the fourteenth Governor of Punjab Province and eleventh Defence Secretary of Pakistan in the military government of President General Zia-ul-Haq.