Formed under the name of Nice Middle (ナイスミドル, Naisu Midoru) in 2000, Kasuga initially was the tsukkomi ("straight man") and Wakabayashi the boke ("funny man"). After almost 6 years of unsuccessful activities, Wakabayashi was one day told by a TV playwright in person that his mate, Kasuga, is "junk" (ポンコツ, ponkotsu) as a tsukkomi, and that he had "better look for another mate". When Wakabayashi tried to explain to Kasuga what he had been told, Kasuga "thought he was just joking." Rejecting the idea but swapping their roles instead, they finally started to make first appearances on terrestrial TV broadcasts in 2008. On December 21, 2008, the two made it all the way to the final round of the M-1 Grand Prix of the year from the consolation. After the first session of the final, competed and broadcast live on the same day, they were temporarily in the top position ahead of the other eight duos, but ended up 2nd overall behind NON STYLE.

The manzai performed by Audrey is characterized by Kasuga's trying to shoot tsukkomi but each time turning out to be terribly off-the-line boke, interrupting Wakabayashi's talks with delayed responses and frequent gags. Wakabayashi, on the other hand, either reacts fast and hard with his tsukkomi in return, or sometimes just "ignores" him.

In 2009, they were on TV commercials for major global companies such as Toyota Motor, Nintendo and KFC.

Downtown is a Japanese comedy duo from Amagasaki, Hyōgo consisting of Hitoshi Matsumoto and Masatoshi Hamada. Formed in 1982, they are one of the most influential and prolific comedy duos in Japan today. They are best known for their stand-up acts, hosting numerous Japanese variety shows and their sarcastic, short-tempered stage personas. They are a mixed race of Korean and Japanese.

Fuminori Ujihara is a Japanese comedian best known as the tsukkomi half of a popular owarai duo Rozan (ロザン) alongside Hirofumi Suga. Given his 158 IQ score, bachelor's degree in law from Kyoto University, and championship titles from a number of TV quiz shows, he is also widely known as one of the most intelligent comedians in Japan. He is 177 cm tall and weighs 59 kg. 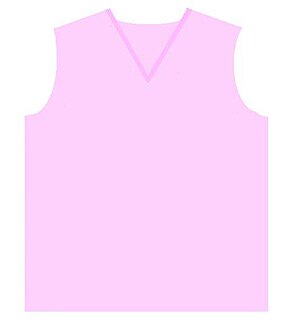 Toshiaki Kasuga is a Japanese comedian best known as the boke half of the comedy duo Audrey alongside Masayasu Wakabayashi. He is 176 cm tall. On stage, he usually wears a pink vest and white pants.

Cream Stew (くりぃむしちゅー) is the name of a Japanese comedy kombi consisting of two comedians, Shinya Ueda (上田晋也) and Teppei Arita (有田哲平). Originally from Kumamoto city, the pair first met in high school when Arita and Ueda found a common interest in pro wrestling. Both of them attended Waseda and Rikkyo Universities, but dropped out to pursue comedy.

Masayasu Wakabayashi is a Japanese comedian, television presenter and actor. He performs tsukkomi in the comedy duo Audrey. His partner is Toshiaki Kasuga. He is represented with K Dash Stage. He has a sister who is two years older than him.

Hidetsugu Shibata is a Japanese comedian.

Akira Kawashima is a Japanese comedian, tarento and actor who has featured in films, television, and radio. He performs boke and writes all the material in his comedy duo Kirin. His partner is Hiroshi Tamura. Kawashima is represented by Yoshimoto Kogyo and is mainly active in Tokyo and Osaka.

Hanamaru-Daikichi Hakata is a Japanese comedy duo (kombi) consisting of Daikichi Hakata (博多大吉) and Hanamaru Hakata (博多華丸) that have featured in a number of television shows. They are employed by Yoshimoto Kogyo, and are mainly active in Tokyo. They graduated from Yoshimoto NSC Fukuoka's 1st generation class.

Robert is a Japanese comedy trio consisting of Ryūji Akiyama (秋山竜次), Hiroshi Yamamoto (山本博) and Hiroyuki Baba (馬場裕之) who have featured in a number of television shows. They are graduates of the Yoshimoto NSC Tokyo 4th generation class and are employed by Yoshimoto Kogyo. Formed in 1998, they are the winners of King of Conte 2011 and are mostly active in Tokyo.

Shimofuri Myojo is a Japanese comedy duo (kombi) consisting of Seiya (せいや) and Soshina (粗品). They are employed by Yoshimoto Kogyo, and are mainly active in Tokyo and Osaka. Although they did not attend Yoshimoto NSC, their debut coincides with the 33rd generation class from Osaka. They are the winners of the 14th M-1 Grand Prix in 2018.